Lidar is fast becoming one of the most influential tools in archaeology, revealing things in a few hours that might have taken months of machete wielding and manual measurements otherwise. The latest such discovery is an enormous Mayan structure, more than a kilometer long, 3,000 years old and seemingly used for astronomical observations.

Takeshi Inomata of the University of Arizona is the lead author of the paper describing the monumental artificial plateau, published in the journal Nature. This unprecedented structure — by far the largest and oldest of its type — may remind you of another such discovery, the “Mayan megalopolis” found in Guatemala two years ago.

Such huge structures, groups of foundations and other evidence of human activity may strike you as obvious. But when you’re on the ground they’re not nearly as obvious as you’d think — usually because they’re covered by both a canopy of trees and thick undergrowth.

“I have spent thousands of hours of fieldwork walking behind a local machete-wielding man who would cut straight lines through the forest,” wrote anthropologist Patricia McAnany, who was not involved in the research, for a commentary that also appeared in Nature. “This time-consuming process has required years, often decades, of fieldwork to map a large ancient Maya city such as Tikal in Guatemala and Caracol in Belize.”

You can see an aerial view of the site below. If you didn’t know there was something there, you might not notice anything more than some slightly geometric hills.

Lidar detects the distance to objects and surfaces by bouncing lasers off them. Empowered by powerful computational techniques, it can see through the canopy and find the level of the ground beneath, producing a detailed height map of the surface.

In this case the researchers picked a large area of the Tabasco region of Mexico, on the Guatemalan border, known to have been occupied by early Mayan civilization. A large-scale, low-resolution lidar scan of the area produced some leads, and smaller areas were then scanned at higher resolution, producing the images you see here. 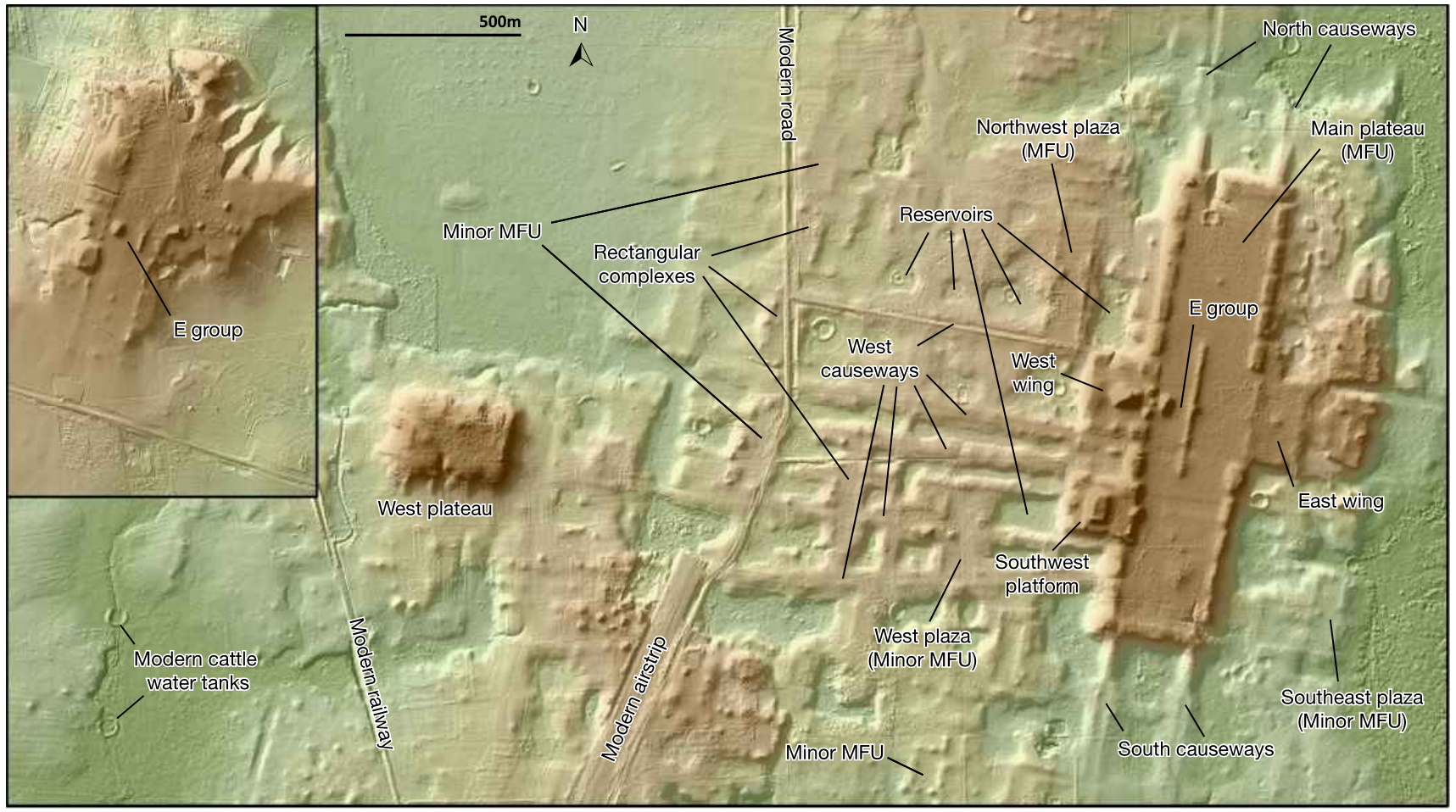 What emerged was an enormous ceremonial center now called Aguada Fénix, the largest feature of which is an artificial plateau more than 10 meters tall and 1.4 kilometers in length. It is theorized that these huge plateaus, of which Aguada Fénix is the oldest and largest, were used to track the movement of the sun through the seasons and perform various rites.

The high-resolution lidar map also helped accelerate other findings, such as that, owing to the lack of statues or sculptures in honor of contemporary leaders, the community that built Aguada Fénix “probably did not have marked social inequality” comparable to others in the 1,000-800 B.C. time frame (calculated from carbon dating). That such an enormous project could have been accomplished without the backing and orders of a rich central authority — and at a time when Mayan communities were supposed to be small and not yet stationary — could upend existing doctrine regarding the development of Mayan culture.

All because of advances in laser scanning technology that most think of as a way for self-driving cars to avoid pedestrians. You can read more about Aguada Fénix in Nature and this National Geographic article.