Since late-2015, LinkNYC kiosks have become a mainstay among New York’s sidewalks. A more modern replacement for decaying and disused public pay phones, the nine-foot-tall towers provide corners with access to public Wi-Fi, USB charging and access to emergency services.

The most striking aspect however, are the large side displays that alternate between advertising and “NYC Fun Facts,” designed to offer a little insight into the city that never sleeps. During this past week of nationwide (and global) protests, however, the screens have taken up an altogether different mission. As noted by New York City residents, the screens have begun cycling through names — with bold white text on a black background.

The names should be familiar to every American: Trayvon Martin, Eric Garner, Michael Brown, Tamir Rice, Freddie Gray, Philando Castile, Sandra Bland, Ahmaud Arbery, Breonna Taylor and George Floyd. The list includes the names of black people who died in police custody or from gun violence, including the final addition of Floyd, the Minneapolis man whose death was a key catalyst in this latest round of mass protests. Each name runs for 15 seconds at a time. 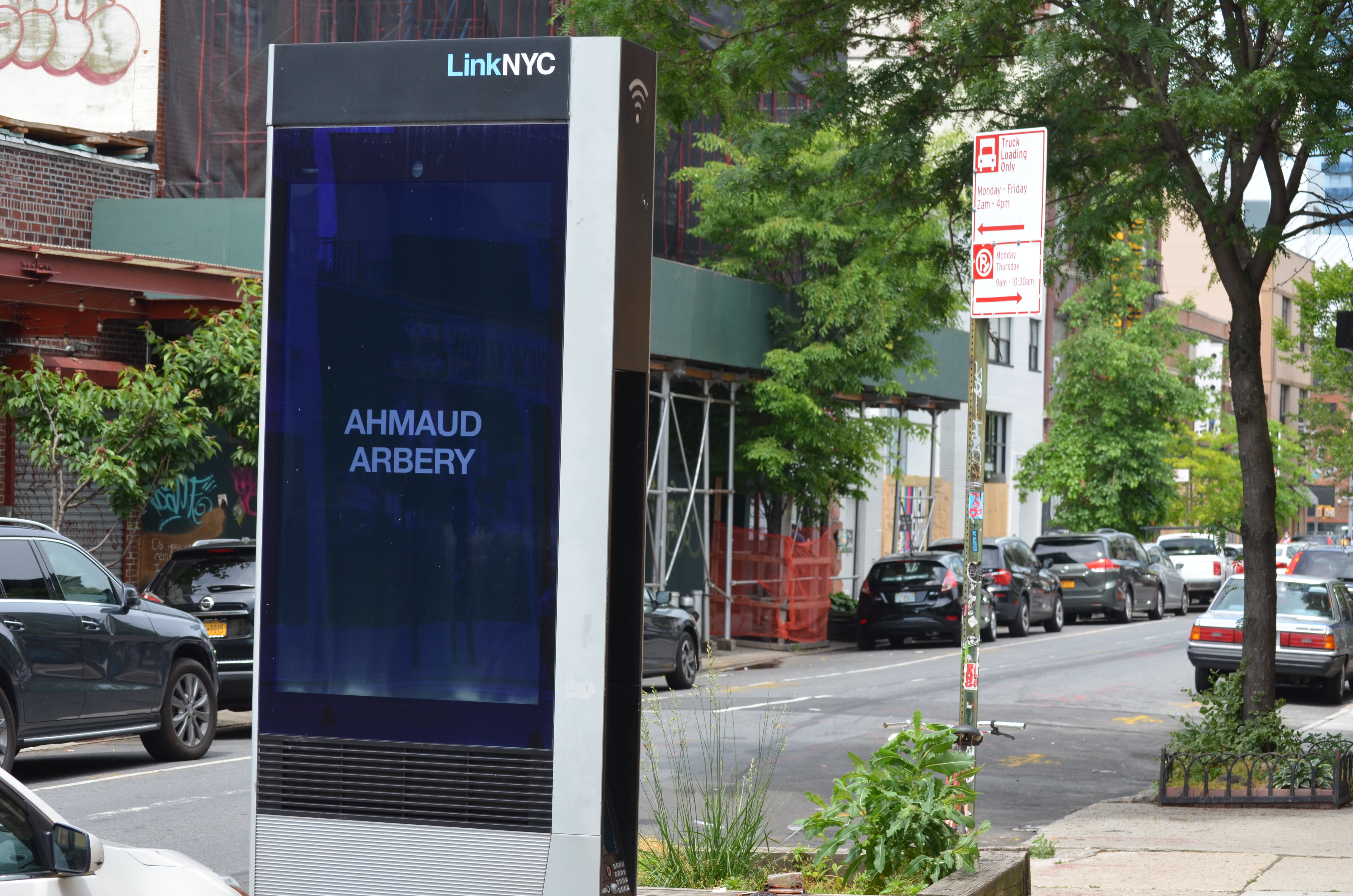 “LinkNYC strives to be a good member of the neighborhoods and communities we serve,” Intersection CMO Dafna Sarnoff said in a statement offered to TechCrunch. “That means lifting local voices through art, access, and information and now calling for change. We stand with the millions of New Yorkers who are demanding justice for Black Americans and speaking out against systemic oppression and racism, and we are heartened by the positive response we have received

The organization began displaying the names on June 2, across the city’s 1,780 kiosks, and will continue to do so through the weekend. On the first day, the names took over entirely, in honor of Blackout Tuesday. While they’ll continue to be displayed alongside standard LinkNYC content (including COVID-19 information), the organization noted that they are not tied to any sponsorship. The usually benign street fixtures will continue serve as a stark backdrop as protests continue to rage across the city for at least the next several days.