Kyle S. Gibson Contributor
Kyle S. Gibson is a writer and videographer in Boston, currently focused on robotics and industrial internet of things. Kyle has worked for publishers AmericanInno and MIT Technology Review, sales automation developer Pegasystems, and blockchain strategy group New Alchemy. He is currently writing for MIT Horizon, an emerging technology education platform. His work is supported by a regional awareness initiative of the New England Venture Capital Association.
More posts by this contributor

As humans get used to working at a distance from each other, a startup in Massachusetts is providing sensors that bring industrial robots in close —  centimeters away, in fact. The same technology may support future social distancing efforts on commutes, in a pilot application to allow more subway trains to run on a single track.

Humatics, an MIT spinout backed by Lockheed Martin and Airbus, makes sensors that enable fast-moving and powerful robots to work alongside humans without accidents. If daily work and personal travel to work ever go back to normal, the company believes the same precision can improve aging and crowded infrastructure, enabling trains and buses to run closer together, even as we all may have to get used to working further apart.

This is the emerging field of microlocation robotics — devices and software that help people and machines navigate collaboratively. Humatics has been testing its technology with New York’s MTA since 2018, and today is tracking five miles of a New York subway, showing the transportation authority where six of its trains are, down to the centimeter. 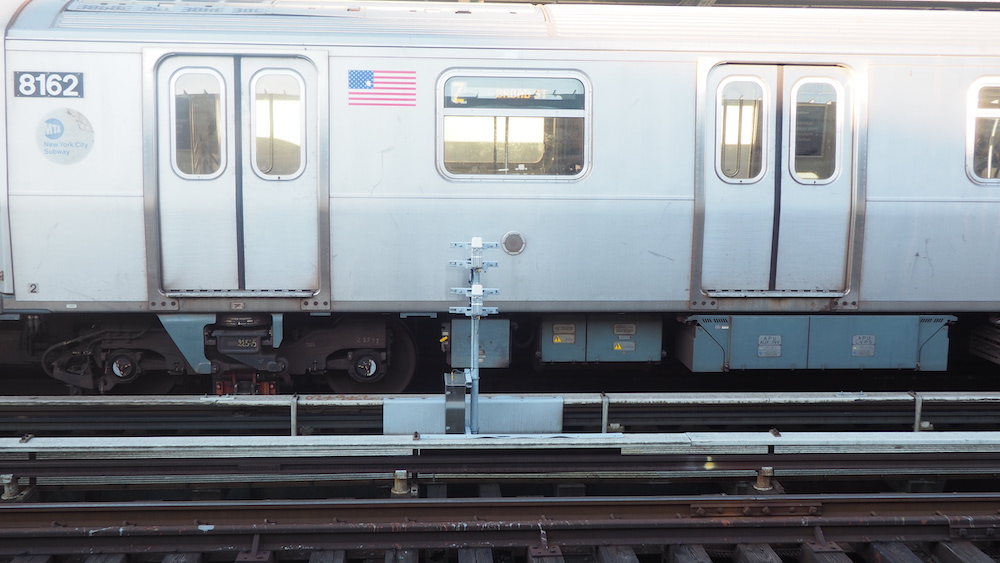 “A good example of a harsh environment is a subway tunnel,” said David Mindell, co-founder of Humatics and professor of engineering and aerospace at MIT. “They are full of dust, the temperatures can range from subzero to 100 degrees, and there is the risk of animals or people tampering with devices. Working inside these tunnels is difficult and potentially dangerous for crews, also.”

Humatics has sold more than 10,000 UWB radio beacons, the base unit for their real-time tracking system, to manufacturers of sensor systems, the company says. They pinpoint the location of hundreds of RFID tags at a range of 500 meters, using multiple tags on an object to measure orientation.