In the mid-1970s, Professor Fereidoun M. Esfandiary decided to change his name. From then on he would be legally called “FM-2030.”

“Conventional names define a person’s past: ancestry, ethnicity, nationality, religion. I am not who I was ten years ago … The name 2030 reflects my conviction that the years around 2030 will be a magical time. In 2030 we will be ageless and everyone will have an excellent chance to live forever. 2030 is a dream and a goal,” he offered in explanation.

Already in his forty-odd years of living, FM — which some speculated stood for “Future Man” — defied easy categorization. The son of an Iranian diplomat, he’d lived in 17 countries by the age of 11 and would go on to represent his country’s basketball team at the 1948 Olympic Games before beginning an academic career. He was educated at Berkeley and UCLA, later becoming one of the first professors of futurology at the New School. It was there that he would begin to espouse his “new concepts of the human,” discussing the steps necessary to transition to the age of post-humanity. FM described this as an epoch in which Homo sapiens became “post-biological organisms,” transcending the limits of their body through technology. 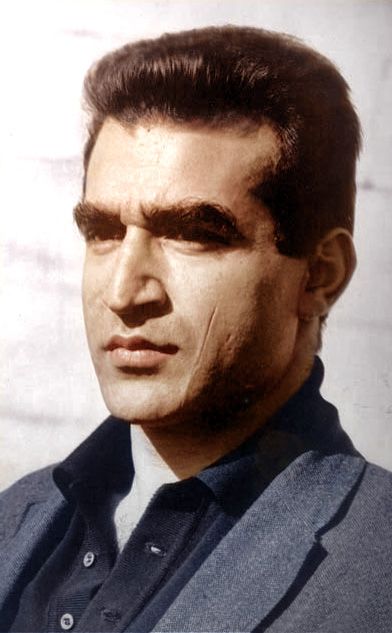 Much of the 21st century has seen us hurtle toward a post-human future, fulfilling predictions FM made half a century earlier. Over the course of his career, he foresaw the creation of 3D printers — which he referred to as “Santa Claus machines” — along with the advent of telemedicine, teleconferencing, teleshopping and genetic editing.

Though that suggests the process of post-humanization is well under way, we may look back on 2020 and the coronavirus crisis as a crossing over. A time in which our relationship to core aspects of our humanity is fundamentally remade. In particular, I believe we are seeing meaningful recalibrations of our relationship to identity, labor, health and love. In short, the post-human era is beginning in earnest.

The shift to a locked-in world has accelerated the acceptance of identity as distinct from physical body or place. We still want to communicate, socialize and play during this time, but have only a digital version to offer. Those constraints are forcing new expressions of selfhood, from the Zoom background used to express a personal interest or make a joke, to the avatars roaming rich, interactive metaverses. Nintendo has seen millions turn to Animal Crossing to socialize, trade virtual assets and host both weddings and conferences, while Travis Scott’s surreal performance inside of Fortnite attracted 12.3 million concurrent views, and 27.7 million unique attendees. We are showcasing even the darker aspects of our nature via these platforms, with some on Animal Crossing bullying and torturing villagers they deem “ugly.”

Tools like Pragli illustrate how this development manifests in the workplace beyond Zoom backgrounds ripped from “Tiger King” or “Love Is Blind.” Rather than hopping onto a video call with co-workers, Pragli offers the ability to connect with anime-style avatars of your officemates. Changing one’s appearance on the platform is determined by the options the company rolls out, with a recent update showcasing the ability for men to sport a bun, braid or ponytail. Set “happy” or “sad” expressions blur the lines between real and performative feelings.

All of this is in stark contrast to the masked, distant, de-individuated person we show outside our homes, something a little less than human. There are indications that this redacted version of ourselves is becoming something of a style. G95’s “biohoodie” features a built-in face-cover, while creative studio Production Club showed off a hazmat suit designed for socializing. Even once the worst is over, we may see a new cautiousness and implied distance expressed in fashion.

“Work gives you meaning and purpose and life is empty without it,” said Stephen Hawking. Whether that is an assessment you agree with, much of our conception of ourselves is tied up in our labor. COVID-19 is accelerating a shift away from humans and toward machines, doing so at a time in which we may actually feel grateful for cyborg usurpers as they keep critical services running and spare us from disease. Neolix, a Chinese manufacturer of driverless vans, has seen a spike in demand since the outbreak and has been trusted to ferry food and medical supplies, and to disinfect streets. Suppliers like AMP, UVD, Nuro and Starship have experienced a similar surge, while the order books of industrial behemoths like Harmonic Drive and Fanuc suggest more universal demand. The latter saw orders increase 7% between Q4 and March.

This insinuation is not limited to manual labor. With customer support and moderation offices closing down, many companies are aggressively employing AI solutions. Facebook and Google have expanded automated moderation, while PayPal used chatbots for 65% of customer inquiries in recent weeks, a record for the firm.

Those lucky enough to retain their jobs may face a very different work environment in which they are forced to collaborate with robots and be treated as an increasingly mechanized system themselves. Walmart greeters will stand side-by-side with automated floor-scrubbers, and McDonald’s cooks may soon be joined by a kitchen full of bionic sous-chefs. Amazon warehouse workers — old-hands at human-robot collaboration thanks to the company’s acquisition of Kiva Systems — must adapt to being managed more like their pallet-ferrying co-workers, with temperatures monitored by thermal cameras. That is just a small part of the broader surveillance blitz being undertaken around the world and across industries. China is installing more cameras to monitor the comings-and-goings of citizens, while companies dip into budgets to purchase “tattleware,” software designed to surveil employees. Among the beneficiaries are companies like InterGuard, which provide minute-by-minute breakdowns of how workers spend time online. Sneek takes photos of workers as often as once a minute. The company’s CEO joked that the “sneeksnap” command came in particularly handy when a colleague did something embarrassing like picking their nose.

Much of our waking life is filled with health-related ruminations. As we become more aware of our vulnerabilities, we are turning to technologies to extend corporeal limitations, treating our bodies more like software with which we can experiment. Consumers are turning to immunity-boosting supplements such as Vitamin C and zinc, which have soared in sales, in addition to courting riskier treatments like “rectal ozone insufflations,” peddled by influencers. Spurred on by world-leaders like Trump and Brazilian president Jair Bolsonaro, demand for hydroxychloroquine has grown rapidly, with prescriptions increasing ~500%.

Whatever your opinion of the president or the treatment in question, this represents a rapid, iterative model of medicine more akin to the Silicon Valley mantra of “move fast and break things” than a considered FDA approval process. Biohacking communities, a group with high-tolerance for health-related risks, are teaming up online to research COVID-19 vaccines on their own time. “Biohacking used to be a fringe space, but I think this is becoming a kind of breakout moment for things like DIY biology and community labs and hackerspaces,” one contributor noted.

Beyond immediate experimentation, we are looking to extend the limits of our bodies in order to accommodate changing plans for the future. Reports suggest that men have turned to at-home sperm collection companies like Legacy during quarantine, motivated by fears of diminished fertility and perhaps the acknowledgment that with life on hold, children may have to wait. That certainly seems to be the case for 1,894 women surveyed by Modern Fertility and SoFi: 31% noted that the pandemic had affected their fertility plans, while 41% stated they are delaying childbearing because of the coronavirus.

The current state of affairs does not offer many ways to amend that state of misery, prompting some to turn to AI companions. Created in 2015, Replika provides a sympathetic texting partner, designed to serve as a digital therapist. But for many of the company’s 500K monthly active users, Replika is too charming to resist: up to 40% consider the bot a romantic partner. The coronavirus may serve as the ideal catalyst for relationships between humans and artificial personalities to deepen. There are signs we may already prefer their company: research on Microsoft’s XiaoIce indicated that conversations with the chatbot last longer than human-to-human interactions.

For those committed to finding love among creatures of blood and bone, the pandemic has forced a recalibration of what it means to date. Interactions take place almost entirely online, through chat or video calls, changing the necessary criteria for a match. Location matters much less now than availability and responsiveness. When the desire for touch, or “skin hunger” as it is gruesomely called, becomes too much to bear, interested parties must navigate a meeting. In the process, we treat partners as potential threats, owners of a corpus that may endanger us, despite best intentions. In doing so, we view the individual as distinct from their body, a separate being in possession of a liability with which we must negotiate. Depending on the length of the pandemic, we may see this fear harden into an unconscious aversion, reviving the disgust for the corporeal felt by more puritanical eras. These mores may take time to correct.

The self, as we know it, is being decimated. That may not be a bad thing. As identity moves online, as work is stripped from us, as our physical bodies are optimized like an OS, as love sheds its carnality, new opportunities will emerge. Humans will find meaning in new modes of self-expression, discover purpose beyond work (or reclassify what work means), reengineer physical limits as “biology eats the world” and find affection in new beings. We are undergoing a period of Schumpeterian “creative destruction,” felt at the anthropological rather than industrial level. Great things may come of it.

For FM-2030, the future was something at which to marvel, where “people will belong to no specific families or factions … we will free-flow across the planet and beyond. Highly individual yet universal.” Though the changes wrought by the coronavirus appear bleak, some of FM’s vision feels true: We are united as a world, fighting against a common enemy, more connected than ever before. Perhaps, in time, the rest of FM’s dream will be made manifest.

For all of his prescience, however, FM-2030 got one prediction very wrong. He did not make his 100th birthday, dying of pancreatic cancer in 2000. He was just 69. If he has his way though, he may still have a role to play in the creation of the future. Though dead, FM’s body remains frozen in a state of cryonic suspension in Scottsdale, Ariz. Perhaps he is waiting for the world to catch up.