The Cloud Native Computing Foundation, the Linux Foundation-based home of open-source projects like Kubernetes, OpenTracing and Envoy, today announced that Dan Kohn, the long-time executive director of the organization, is stepping down, with Priyanka Sharma, the director of Cloud Native Alliances at GitLab, stepping into the general manager role. Kohn will continue to be part of the Linux Foundation, where he will launch a new initiative “to help public health authorities use open source software to fight COVID-19 and other epidemics.” 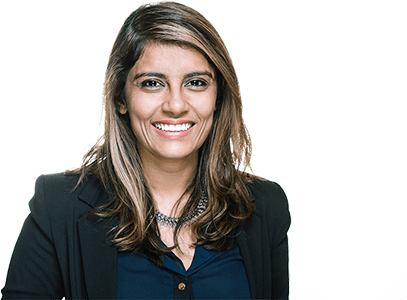 Sharma, who once presented in the TechCrunch Disrupt Battlefield competition a startup she co-founded, became part of the overall cloud-native community during her time as head of marketing and strategic partnerships at Lightstep, a role she took in 2016. Her involvement with the OpenTracing project snowballed into a deeper relationship with the CNCF, she told me. “Once I joined GitLab, I was fortunate enough to be elected to the board of the CNCF — and until the 31st, I am in that role,” she told me. “That was really helpful, but that gave me the context about how does such a successful foundation and community run — what is the governance piece here — which, when I was on the community side, I wasn’t that involved in.”

Kohn had been at the helm of the CNCF since 2016 and guided the project from its early days to becoming one of the most successful open-source foundations of all time. Its bi-annual conferences draw thousands of developers from all over the world. While its marquee project is obviously Kubernetes, Kohn and his team at the foundation put a lot of emphasis on the overall ecosystem. The organization’s mission, after all, is “to make cloud native computing ubiquitous.” Today, the CNCF is home to 10 graduated projects, like Kubernetes, Prometheus, Envoy, Jaeger and Vitess, as well as 16 so-called “incubating projects,” like OpenTracing, Linkerd, Rook and etcd.

“Priyanka’s contributions to CNCF as a speaker, governing board member, and community leader over the last several years has been invaluable,” said Kohn in a statement. “I think she is a great choice to lead the organization to its next stage.”

Sharma says she’ll start her tenure by listening to the community. “Cloud native has become the de facto standard,” she said. “We’re doing great with regard to technology adoption, growth — but as things evolve — with the number of people already in the foundation that is on track to be 600 members — I think as a community, and there is so much growth opportunity there, we can go deeper into developer engagement, have more conversations around education and understanding of all the projects. Now we have 10 graduated projects — not just Kubernetes — so there’s lots of adoption to happen there. So I’m just very excited for the second wave that we will have.”

Now that everybody knows that DevOps and containers are, she wants to bring more people into the fold — and also look at new technologies like serverless and service meshes. “We’ve been off to a blockbuster start and now I think we have to mature a little and go deeper,” she said.

It’s worth noting that current CNCF CTO Chris Aniszczyk will continue in his role at the foundation. “The cloud native community has grown leaps and bounds in the last few years as companies look for more flexible and innovative solutions to meet their continuously evolving infrastructure and application needs,” he said. “As CNCF now reaches nearly 50 projects and 90,000 contributors globally, I’m thrilled to have an opportunity to work with Priyanka to cultivate and grow our cloud native community in its next evolution.”