Instagram today is launching new tools that enable video creators to make money, including badges that viewers can purchase during Instagram Live videos and the introduction of IGTV ads. Both launches are considered a test, as the company is limiting the features’ availability during its experimentation phase, it says.

Badges will give viewers a way to support their favorite creators while also standing out in the comments, similar to efforts on other live video platforms, like YouTube and Twitch. There will be different “heart” badges viewers can choose from, offered at price points of $0.99 for one heart, $1.99 for two hearts or $4.99 for three hearts. Viewers can only buy one badge during a live video.

Once purchased, the badges will appear next to the person’s name throughout the live video as they comment, which helps them stand out. This helps creators more quickly see which fans are supporting their efforts and give them a shout-out, if desired, or respond to their questions. In addition, creators will be able to see a list of all their badge holders.

Beyond Instagram, fans have been able to support Facebook Live creators by purchasing Stars on live videos, which is more of a virtual tipping mechanism. Video creators have also been able to monetize by inserting ads in their Facebook Live videos or collaborating with brands.

The new badges will launch next month with a small group of creators Instagram has chosen to work with here in the U.S. In the months ahead, the feature will expand to other markets, including Brazil, the U.K., Germany, France, Italy, Turkey, Spain and Mexico, in addition to becoming more broadly available across the U.S.

During the testing phase, Instagram isn’t taking a revenue share of badge sales but will later take a percentage cut of an undisclosed amount.

The launch comes at a time when Instagram has seen rapid growth in its live video platform, as creators and fans have been sheltering at home amid the COVID-19 pandemic. From February 2020 to March, Instagram says Live creators have seen a 70% increase in video views, for example.

In addition to the debut of badges, Instagram is also introducing advertising within Instagram’s long-form video platform, IGTV.

The IGTV ads will initially appear when people click to watch IGTV videos from the previews in their feed. These ads will be built for mobile and up to 15 seconds in length.

This is also considered a test, as Instagram is looking to see how ad placements like this should work — after all, interrupting the experience at the exact point the user has been encouraged to click to see more could end up hurting video views. The company says it will also test the ability to skip ads, to ensure the product works well for viewers, creators and advertisers alike.

IGTV ads will be tested initially with a small group of creators and advertisers, including Sephora and Puma, in the U.S. It will slowly expand access to ads over time. The company says at least 55% of the revenue from advertising will go to the creator. 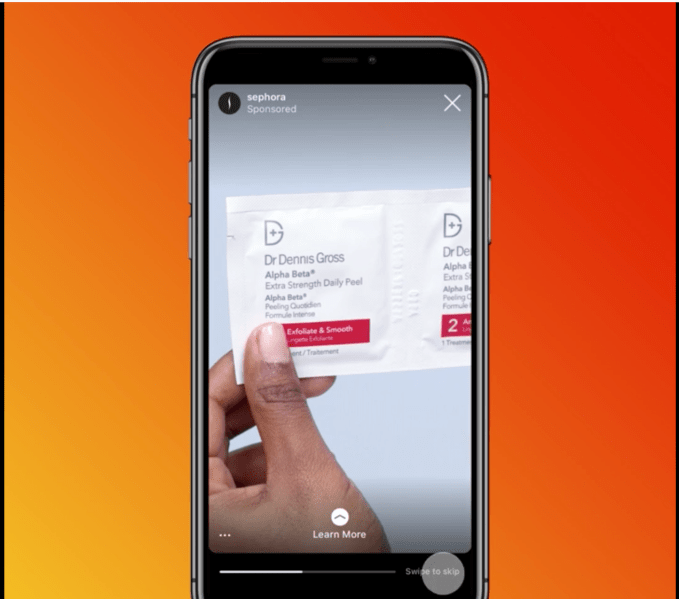 Bloomberg had reported in March on Instagram’s plans to introduce ads in IGTV, in a move to challenge YouTube.

An Instagram spokesperson declined to share growth metrics for IGTV, which has also seen increased usage during the COVID-19 crisis. Just ahead of the outbreak, IGTV was struggling — only 1% of Instagram users had downloaded the app and the company had pulled the IGTV button from Instagram. That’s now begun to change with more brands returning to the platform in March and April, leading to growing views and engagement numbers.

“Creators have different needs and ambitions. Providing a variety of monetization tools is crucial in order to support all creators on Instagram, from emerging digital stars to established entertainers and everything in between,” said Instagram COO Justin Osofsky, in a statement. “We’re excited to add these two new revenue streams to the mix of tools for creators to help them generate additional income to fuel their work.”

The company, which recently announced Live Shopping, says it has more plans in the works for monetization in the months to come. This includes an expansion of shopping to more creators who want to sell their own merchandise and the rollout of Brand Collabs Manager to all U.S. creators.