On Monday, Virgin Orbit attempted the first full flight of its orbital payload launch system, which includes a modified Boeing 747 called ‘Cosmic Girl’ that acts as a carrier aircraft for its air-launched rocket LauncherOne. While Virgin Orbit has flown Cosmic Girl and LauncherOne previously for different tests and demonstrations, this was the first end-to-end system test. Unfortunately, that test ended much earlier than planned – just shortly after the LauncherOne rocket was released from Cosmic Girl.

We've confirmed a clean release from the aircraft. However, the mission terminated shortly into the flight. Cosmic Girl and our flight crew are safe and returning to base.

Cosmic Girl took off just before 12 PM PT (3 PM ET) from Mojave Air and Spaceport in California. The aircraft was piloted by Chief Test Pilot Kelly Latimer, along with her co-pilot Todd Ericson. The aircraft then flew to its target release point, where LauncherOne did manage a “clean release” from the carrier craft as planned at around 12:50 PM PT (3:50 PM ET), but Virgin noted just a few minutes later that the mission was subsequently “terminated.”

While the Cosmic Girl crew and all other employees are confirmed safe by the company, this is likely to be a disappointing test. Still, Virgin Orbit’s CEO Dan Hart and VP Will Pomerantz cautioned that many first test missions for new launch systems don’t go quite as planned – which is why you test, after all. 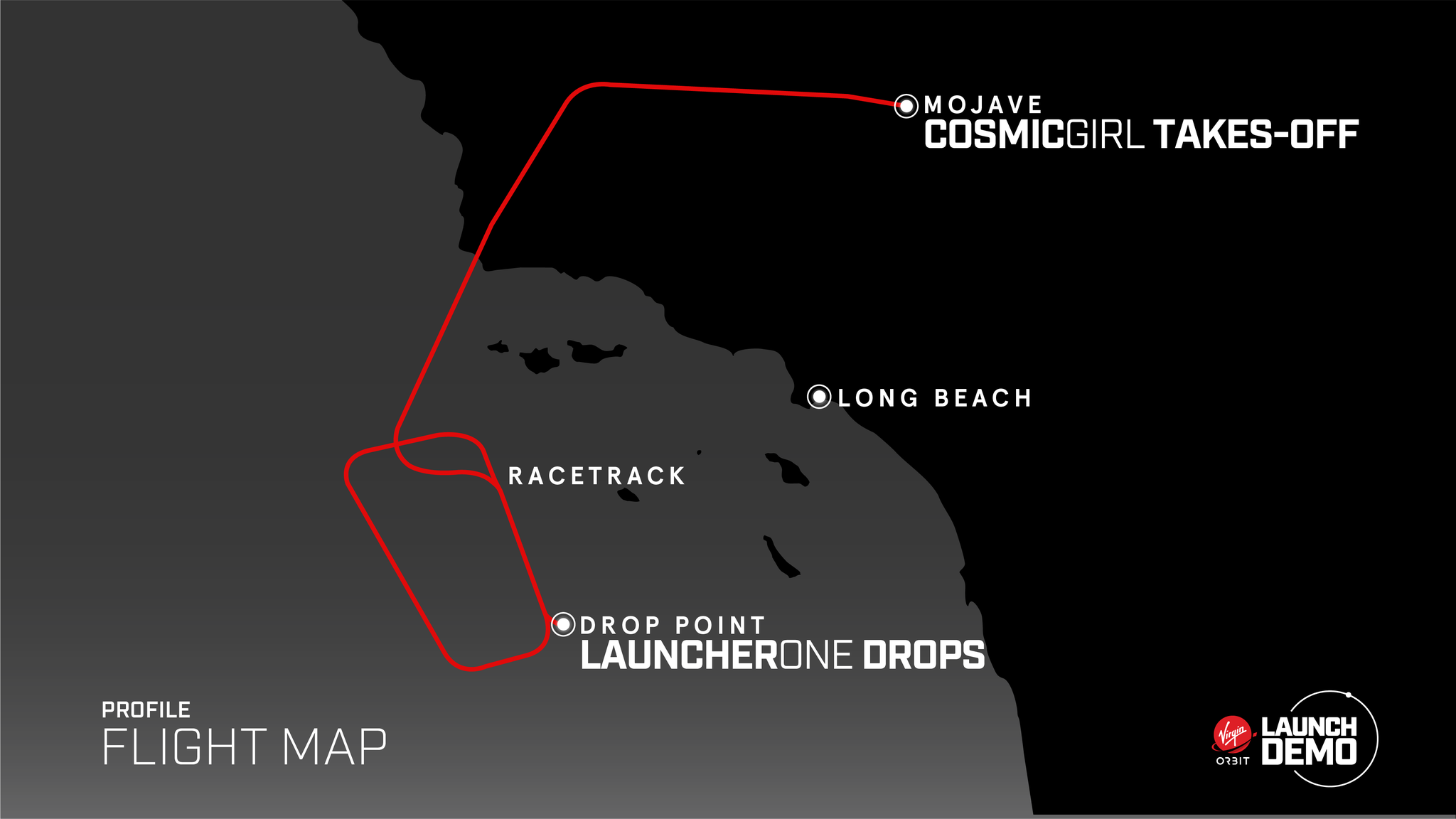 The company will still likely be able to collect a lot of valuable data from this mission, which should provide insight into what went wrong. Once the company addresses the problems, it’s likely to set another attempt, and that might not be as far away as you might expect because Virgin has been very active on its launch vehicle pipeline and has backup craft nearly ready to fly.

“After being released from the carrier aircraft, the LauncherOne rocket successfully lighted its booster engine on cue — the first time the company had attempted an in-air ignition,” Virgin Orbit said via a spokesperson about today’s mission. “An anomaly then occurred early in first stage flight, and the mission safely terminated. The carrier aircraft Cosmic Girl and all of its crew landed safely at Mojave Air and Space Port, concluding the mission.”