Working from home isn’t going anywhere anytime soon, and a slew of companies just announced longer-term initiatives to make their remote work practices either extend or permanent. That means for some it’s the perfect time to take their at-home videoconferencing setup even further, so we’re going to take a closer look at various core elements to build on our initial exploration of what can help you improve your video call or live broadcasting game. Today, it’s all about audio.

In our initial feature, I highlighted some great entry-level options for add-on mics that you can use to produce better sound than what your Mac or PC can produce alone. Those included the Samson Meteor Mic, a longstanding favorite that connects directly via USB and that produces great, full-bodied sound without any customization required.

There’s also the Rode Wireless GO, a simple and affordable wireless mic pack kit that you can use on its own, or pair with a lavalier like the Rode Lavalier GO for a bit better sound. Rode also makes a great USB mic, that, like the Meteor Mic, just works and comes in at around $100 — the Rode NT-USB Mini. It features some design decisions like a magnetic desk stand that could make it more flexible for use for certain setups versus the Meteor Mic, and the sound it produces is also fantastic.

To improve your Rode Wireless GO setup a bit further, or to use a wired lavalier-style wearable mic plugged directly into your computer or audio interface, there are a couple of great options available from Sennheiser that provide subtle but noticeable sound quality improvements no matter how you’re using them. 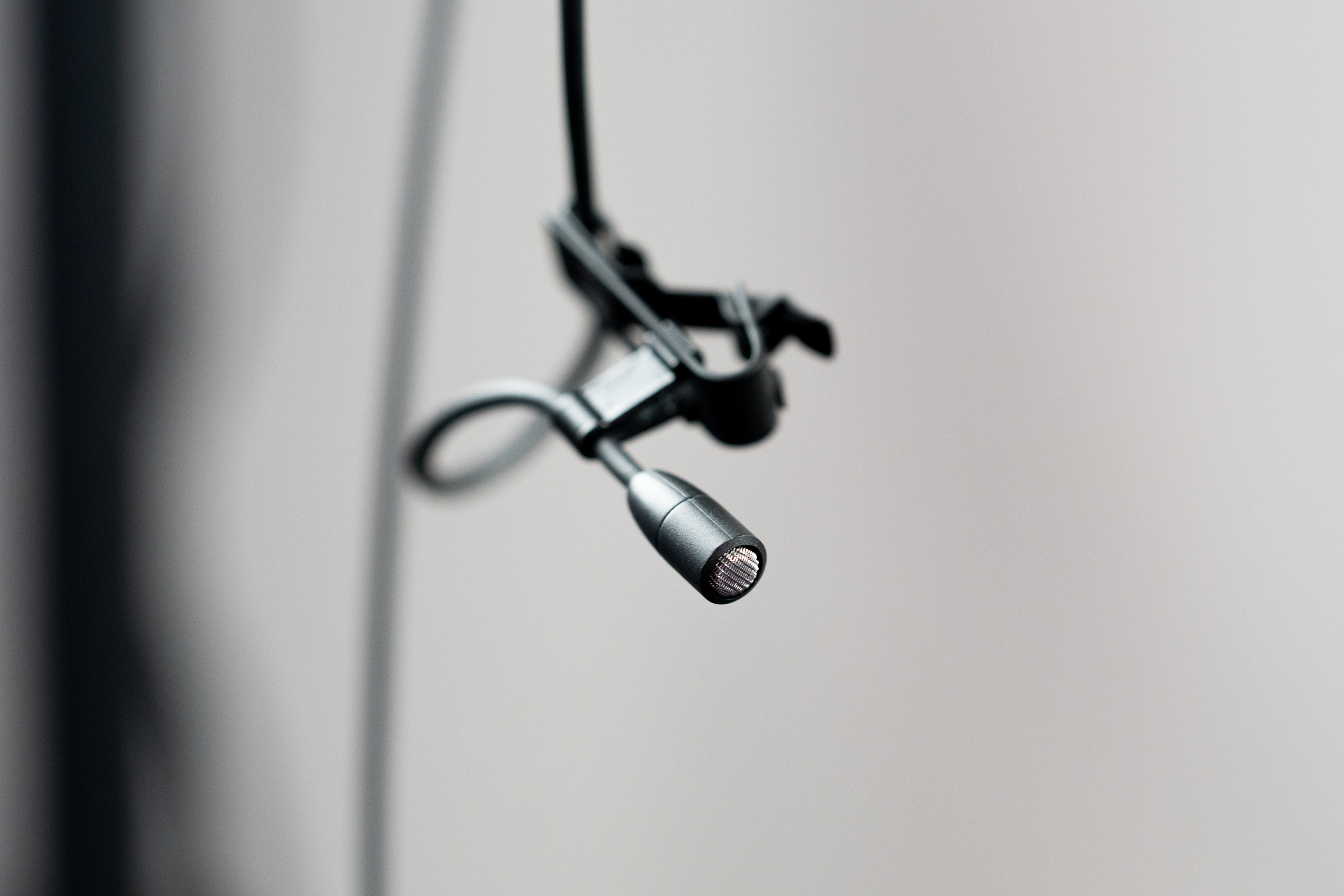 The Sennheiser MKE Essential Omni is a great lavalier mic that’s often used in stage productions and other professional settings, with a tiny profile that you can pretty easily hide in clothing using the included clip, or even in hair, or in tandem with an earset holder for putting it right on your cheek next to your mouth. You’ll get slightly different sound profiles depending on how you wear it, but it generally produces great, warm sound and doesn’t cost too much, at just under $200 (on the relative scale of sound equipment prices).

Sennheiser’s ME 2-II is another, lower-cost option at $129.95 that also produces great results, and works with wireless transmitters like the Rode Wireless GO, but it’s a bit less warm and present than the MKE Essential.

Getting serious about sound

High-end lavalier mics are already starting to get into high-expense territory, but as with most audio equipment, the sky’s the limit here. That’s also true for shotgun microphones, which is another option for rigging your setup for the best possible audio without compromising on things like unsightly microphones in frame, or some of the trade-offs that come with using very physically small microphones like lavalier and lapel mics.

In our original post, I talked about using a Rode VideoMic NTG as one option, and that is indeed a great, mid-level shotgun mic to experiment with, with the added benefit of being terrific for use on-camera in the field thanks to its built in battery, compact dimensions and intelligent compatibility with a range of modern cameras.

But for home studio use, there are shotgun mics that are much more appropriate to the task. The Rode NTG3 is a personal favorite, and a popular standard in the broadcast and film industries — for good reason. The NTG3 is a tubular mic with a standard XLR output, that requires 48v phantom power and that is perfect for video shooting scenarios where you’re staying relatively still in a fixed location with cameras also mounted in fixed positions — i.e. exactly how most people have their home working spaces set up. 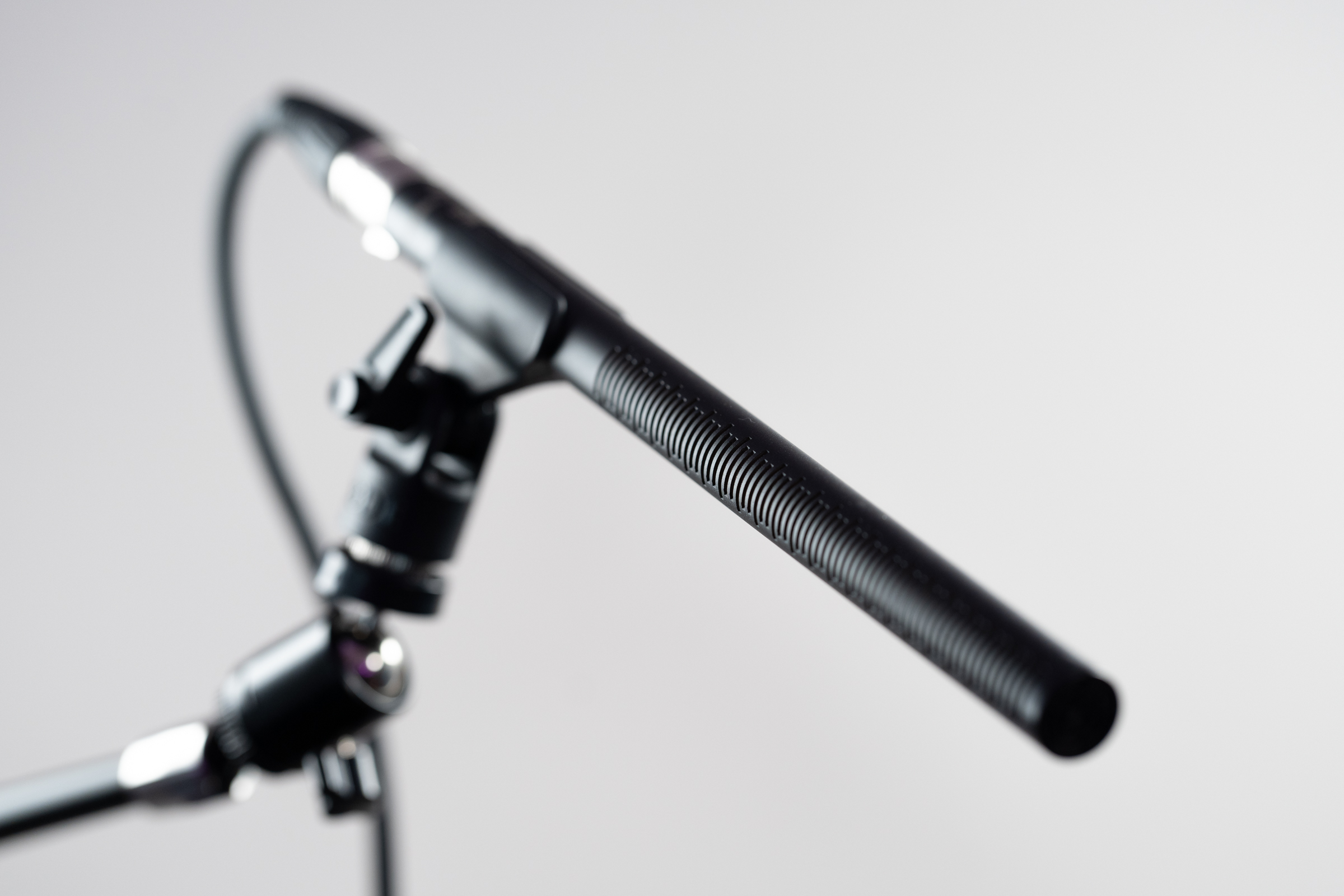 The Rode NTG3 is a bit of a budget-buster, however — it’s $699, which is more than even some very high-quality standard podcasting mics out there. But for the price, you get an extremely high-quality piece of hardware that has built-in moisture resistance for shooting outdoors, if that’s ever something you want to do, and that sounds great even when mounted out of sight beyond the frame of your camera’s lens.

It’s also supercardioid in its pickup pattern, which means it does an excellent job of picking up sound directly in front of it, but not sound to either side. That’s a great advantage to have in most shared home office spaces, just like it is with on-location film shoots. 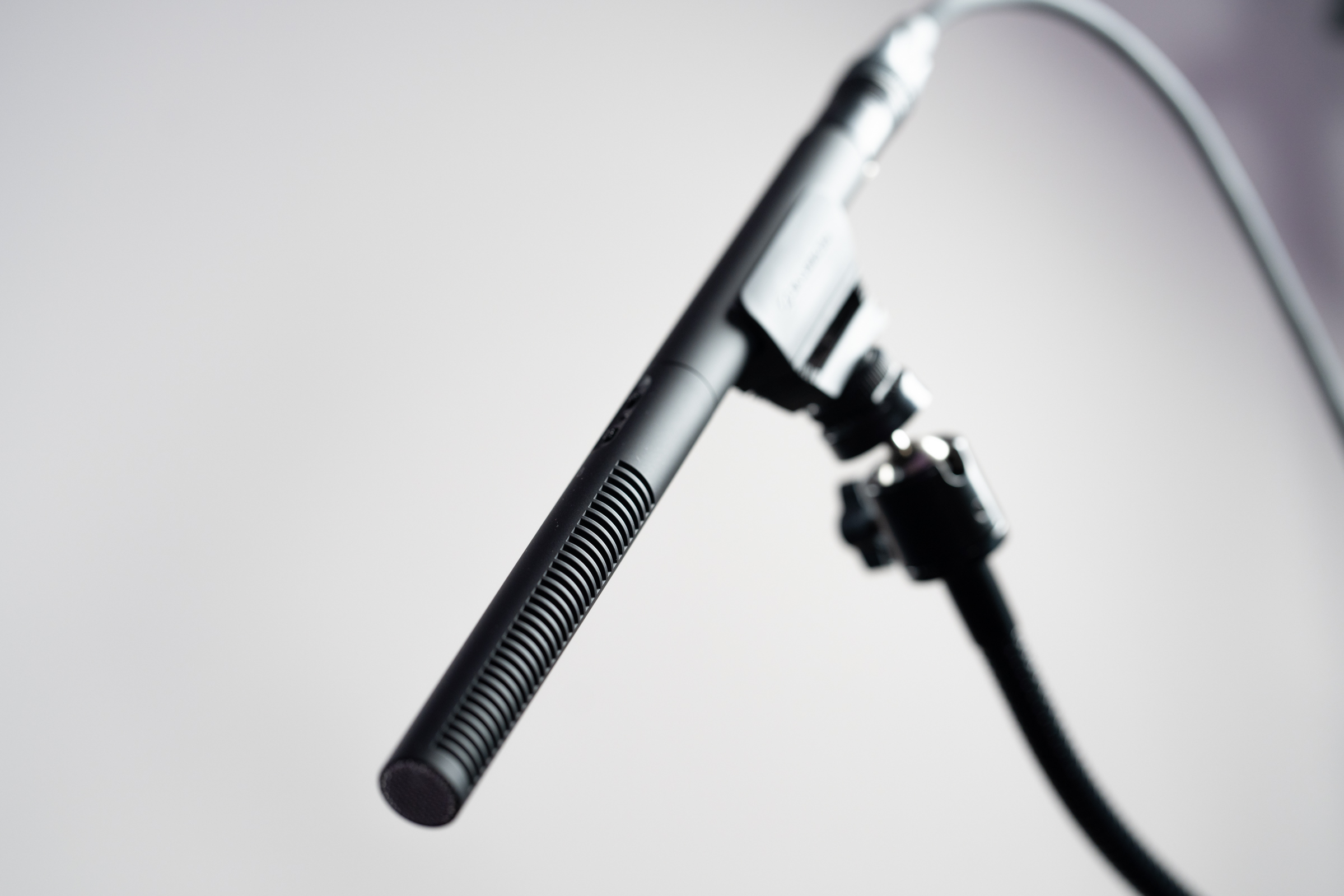 Another top option that’s a popular favorite, and that comes in at a lower price point, is the Sennheiser MKE 600. At around $330, it’s roughly half the price of the NTG3, and it has a built-in battery in case you want to take it with you and plug it into your camera. It also uses XLR, which means you’ll need a preamp like the Focusrite 2i2 or the recently released Audient EVO 4 to make it work with your computer (or the iRig Pre if you’re running it to a deck like the Blackmagic ATEM Mini, as I was).

The sound from the MKE 600 is still top-notch, but it doesn’t do quite as good a job as the NTG3 of eliminating any self-noise, and of capturing a deep, rich tone that’s suitable to deeper voices. You can check out a comparison of both boom mics, along with the Sennheiser MKE Essential, in the video below.

Another option is to use a pole or boom-mounted mic like you generally see podcasters or radio personalities use. These include popular options like the Shure SM7B, which you’ll probably recognize immediately from its distinct profile. I’m partial to the Shure Beta 87A supercardioid mic for home recording of audio podcasts, but as you can see from the video below, there are some reasons that you might not want to use it for live video conferences, meetings or events — even if it sounds great even untreated.

There are a range of other options, of course — including differently priced options from both Rode and Sennheiser, most of which offer great quality for what you pay. The nature of audio is that it’s also a highly personal preference, with different people preferring sound that either favors the higher end, the low end or that’s more or less balanced, so it’s going to take a lot of comparison shopping and listening to samples to figure out what works for you.

In the end, sticking to quality brands with established reputations in the film and video industries is a great way to make the most of your setup. Mics like those I use above benefit even more from physical sound isolation, including measures that are fairly easy to accomplish, like laying down carpets and towels, as well as more advanced practices, like picking up dedicated sound-isolating materials, including foam pads and mounting them on your walls.

Sound is probably the trickiest part of any videoconferencing or virtual event setup to get right — it’s as much art as it is science, and there are a lot of variables that are hard to control, even with the best equipment, especially in live settings. But going the extra mile can mean the difference between coming across polished and professional, and appearing unprepared, which is bound to make a difference in our increasingly virtual face-to-face world.