Billionaire Mukesh Ambani’s Reliance Jio Platforms has agreed to sell 2.32% stake to U.S. equity firm KKR in what is the fifth major deal the top Indian telecom operator has secured in just as many weeks.

The investment from New York-based KKR, which has written checks to about 20 tech companies including ByteDance and GoJek in the past four decades, values Reliance Jio Platforms at $65 billion.

The announcement today further shows the appeal of Jio Platforms, which has raised $10.35 billion in the past month by selling about 17% of its stake, to foreign investors that are looking for a slice of the world’s second-largest internet market.

Ambani, the chairman and managing director of oil-to-telecoms giant Reliance Industries that has poured over $30 billion to build Jio Platforms, said the company was looking forward to leverage “KKR’s global platform, industry knowledge and operational expertise to further grow Jio.”

In recent years, India has emerged as one of the biggest global battlegrounds for Silicon Valley and Chinese firms that are looking to win the nation’s 1.3 billion people, most of whom remain without a smartphone and internet connection.

Amazon, Google, Facebook, Microsoft, Xiaomi and TikTok-parent firm ByteDance, among several others, already count India as one of their most important overseas markets. In the past decade, nearly half a billion Indians came online for the first time, thanks in large part to Reliance Jio, which has amassed over 388 million subscribers. 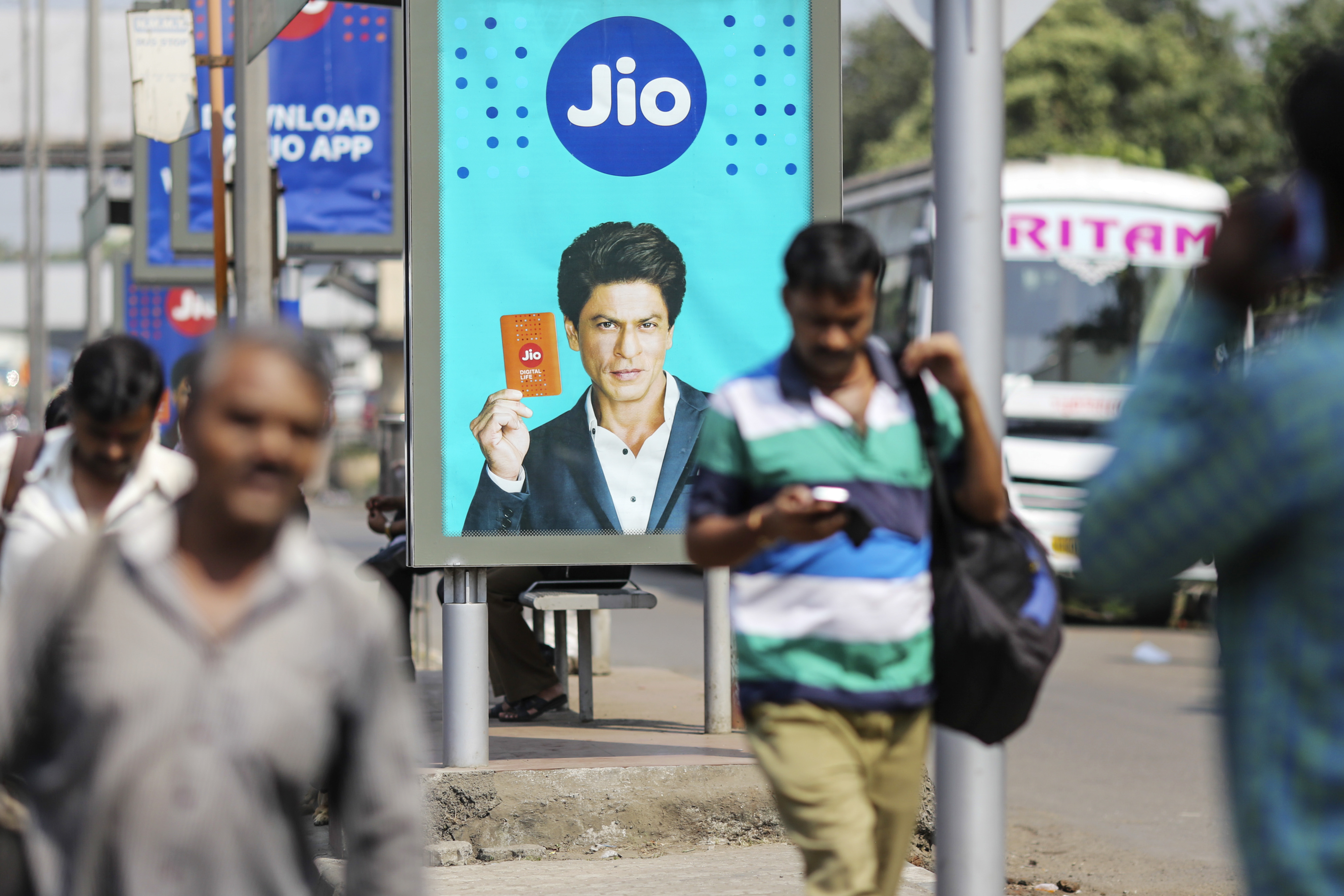 Launched in the second half of 2016, Reliance Jio upended India’s telecommunications industry with cut-rate data plans and free voice calls, forcing incumbents such as Airtel and Vodafone to significantly revise their prices to sustain customers and many to consolidate and exit the market.

Jio Platforms, a subsidiary of Reliance Industries, operates the telecom venture, called Jio Infocomm, that has become the top telecom operator in India.

Reliance Jio Platforms also owns a bevy of digital apps and services including music streaming service JioSaavn (which it says it will take public), on-demand live television service JioTV and payments app JioMoney, as well as smartphones, and broadband business.

In the past year, Jio has also forayed into the video gaming category, unveiled a video call assistant to automate customer support, inked a deal with Microsoft to subsidize Office 365 and Azure for small businesses in India, and unveiled plans to bring new movies to people’s home on the same day of their theatrical release.

“Few companies have the potential to transform a country’s digital ecosystem in the way that Jio Platforms is doing in India, and potentially worldwide. Jio Platforms is a true homegrown next generation technology leader in India that is unmatched in its ability to deliver technology solutions and services to a country that is experiencing a digital revolution,” Henry Kravis, co-founder and co-chief executive of KKR, said in a statement.

“We are investing behind Jio Platforms’ impressive momentum, world-class innovation and strong leadership team, and we view this landmark investment as a strong indicator of KKR’s commitment to supporting leading technology companies in India and Asia Pacific,” he added. This is the single-largest investment (in equity terms) KKR has made in Asia.

The new capital should also help Ambani, India’s richest man, further solidify his commitment to investors when he pledged to cut Reliance’s net debt of about $21 billion to zero by early 2021 — in part because of the investments it has made to build Jio Platforms. Its core business — oil refining and petrochemicals — has been hard hit by the coronavirus outbreak. Its net profit in the quarter that ended on March 31 fell by 37%.

In the company’s earnings call last month, Ambani said several firms had expressed interest in buying stakes in Jio Platforms in the wake of the deal with Facebook. Recent investments also pave the way for an initial public offering of Jio, which could happen within five years.