A miniseries contained within the feed of the massively popular 99% Invisible, Articles of Interest, explores a wide variety of topics within the broader subject of clothes. Now entering its second season, the show has garnered positive press for creator Avery Trufelman’s ability to weave complex and intertwining stories, ranging from punk to kids’ clothing. 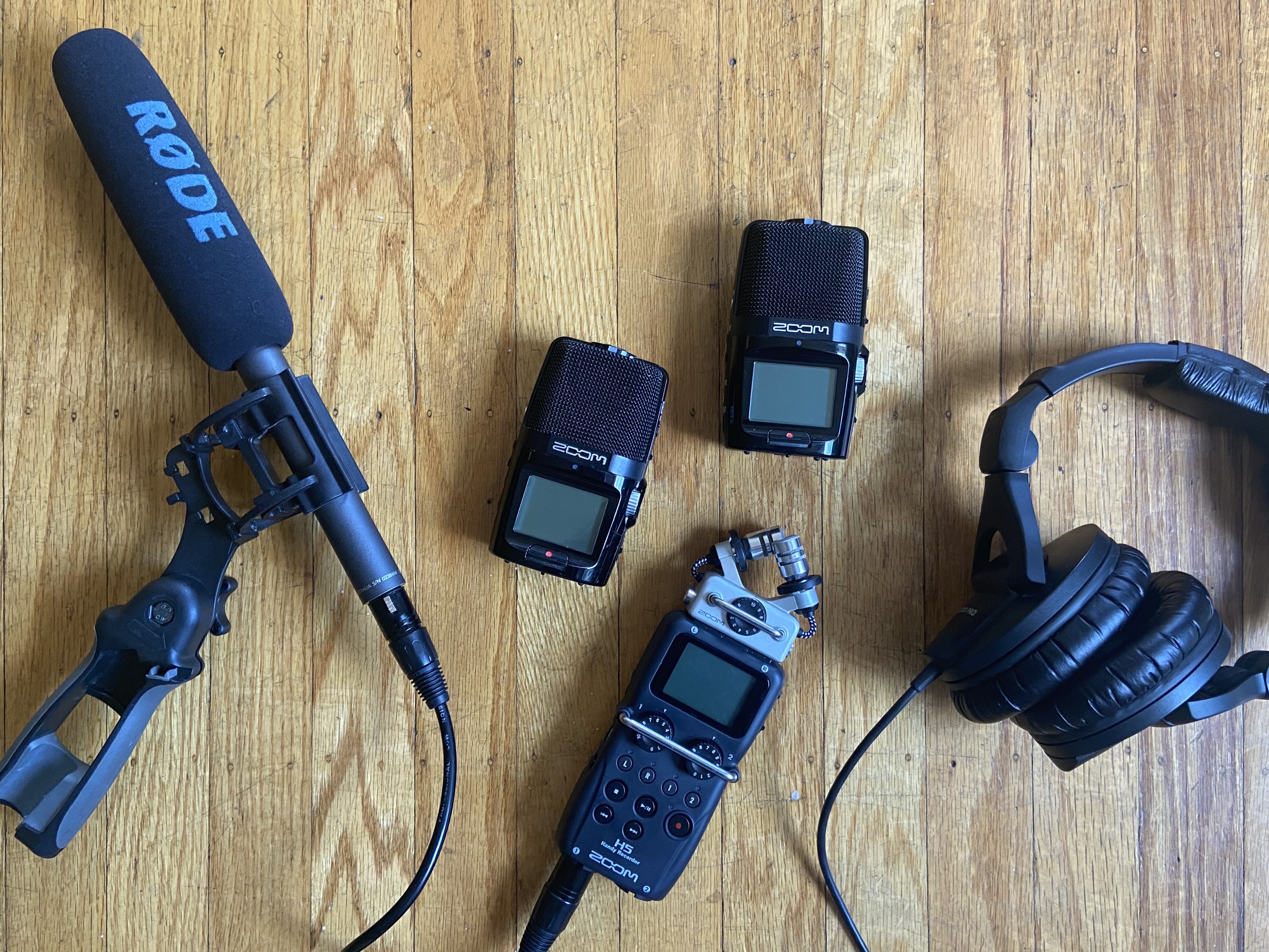 In principle, I am not a gearhead. I think people get discouraged from starting to make work because they don’t know what equipment to invest in, and it all is kind of intimidating. For the longest time, I was learning and teaching myself radio with a Zoom H1n — I just used the internal mic — and did interviews that I edited on GarageBand and Audacity. It totally did the trick. All the audio editing programs are dialects of the same language, and I found that it was more important to get a feel for how to work with story, before understanding the technicalities of command keys and mic placement. Those technical elements are simple enough to grasp, but I’m still learning all the time about how to craft a story.

I was really slow to upgrade my equipment, but now I use a Rode NTG-2 shotgun mic and a Zoom H5 to gather all my scene tape. I always try to meet my subjects in person, ideally in their home or their office. I think it puts subjects at ease, and then we don’t have the time constraints that come with studio reservations. I’m also a huge fan of texture and room tone, and tend to think that studios sound a little sterile anyway! When I go out “in the field” I bring a spare Zoom H2n as a backup. Those recorders are so sturdy and dependable and I cannot tell you how many times I’ve dropped them. I like to use them if I need to make a backup recording, and also they’re really nice if you’re trying to inconspicuously record ambiance or a scene, rather than one individual voice. 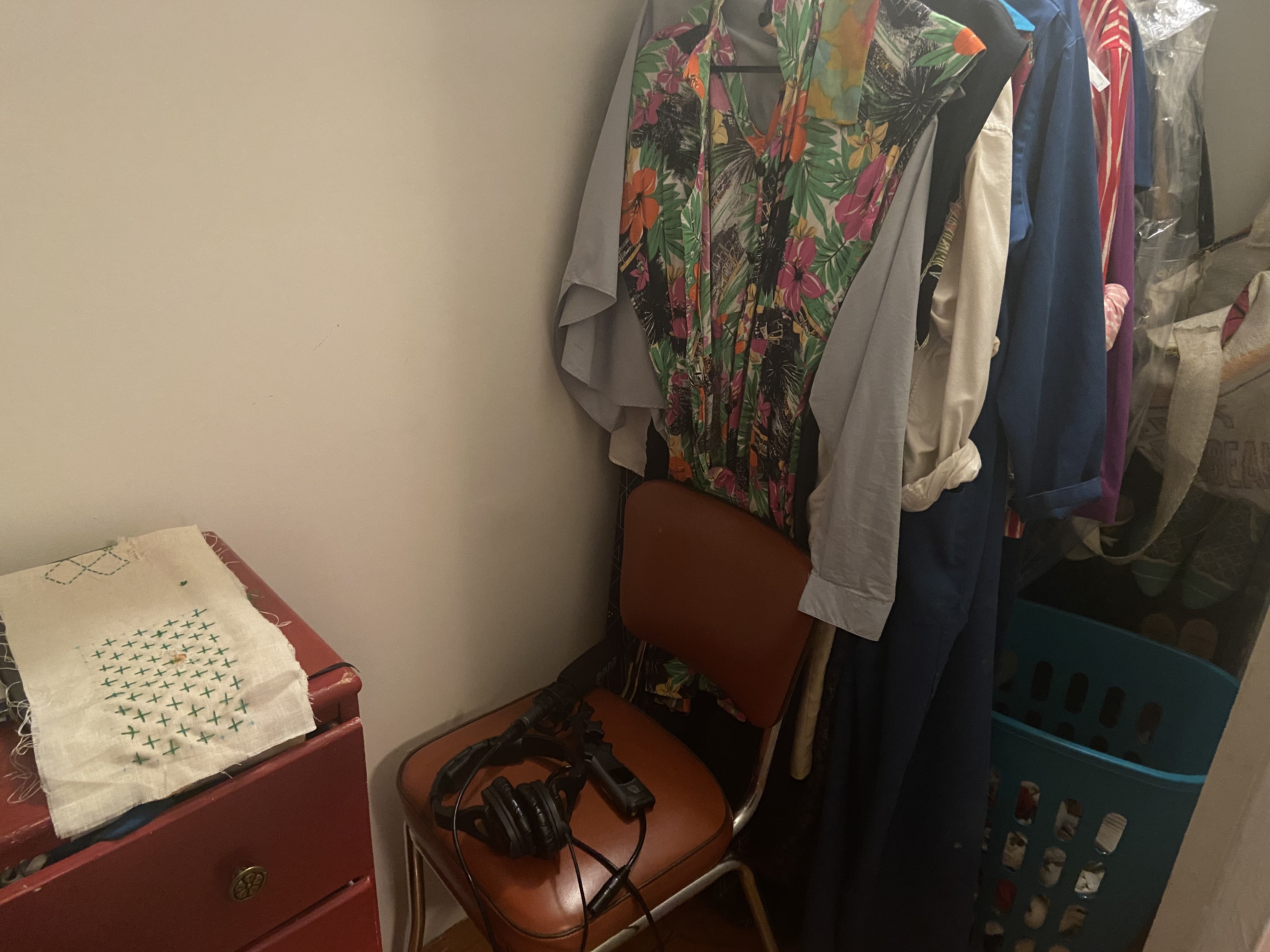 Normally, to record narration, I would go to the 99% Invisible office, in Beautiful Downtown Oakland, California, to use our whisper room with our extremely lovely Neumann Condenser Mics. But now that we’re all sheltering-in-place, I’m also using my lil Rode/H5n kit to record my narration. And I just do it in my closet. Which is perfect, since I make a show about clothes. In some ways I get a kick out of this scrappy system, because this was how we used to record narration when I first started at 99% Invisible as an intern seven years ago. We just used a shotgun mic in a closet. Punk as hell!

I think it works well enough, but then again, I’m spoiled because I get to work with one of the greatest engineers in the business, Sharif Youssef. He somehow makes everything sound beautiful after I hand him my Pro Tools sessions full of insanely mismatched tape. I’m really appreciative of all the work he does, and I probably have no idea the extent of all that goes on behind the scenes. 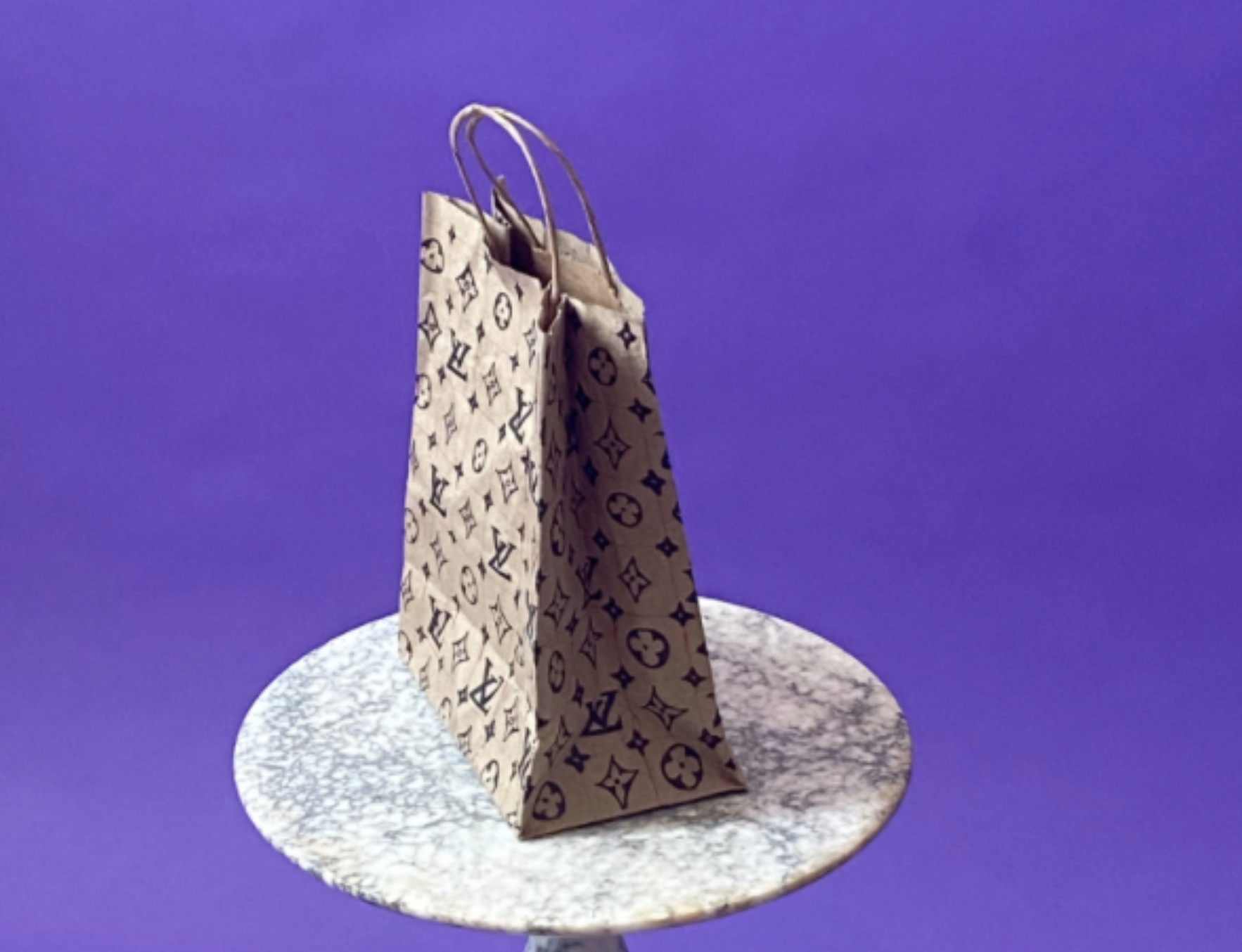 The other thing is that COVID-19 came right as I was gearing up to do all the publicity stuff for Articles of Interest. So suddenly all my photoshoot plans were swept off the table. But I remembered that my literal neighbors, across the hall from me in my building, are photographers. So we did a socially distant photoshoot on film, and my neighbor Austin Hobart developed all the images in his bathroom. I think they came out beautifully. But my favorite image is the one we took for an episode about knockoffs — it’s a paper bag that I drew Louis Vuitton logos all over.