Like most of us, you’ve probably been stuck inside for months now. Sitting around, pacing your home, watching a lot of bad television. Would anything possibly be better than finally getting some time outdoors to commune with nature and catch a little ultra high-def television?

Up to now, outdoor sets have largely been the realm of specialty companies with names like SunBriteTV. Now Samsung’s getting in on the decidedly niche category, with the Terrace line. The sets also sport a fairly niche price tag, starting at $3,499 for the 55-inch model and going up to $6,499 for the 75-inch. 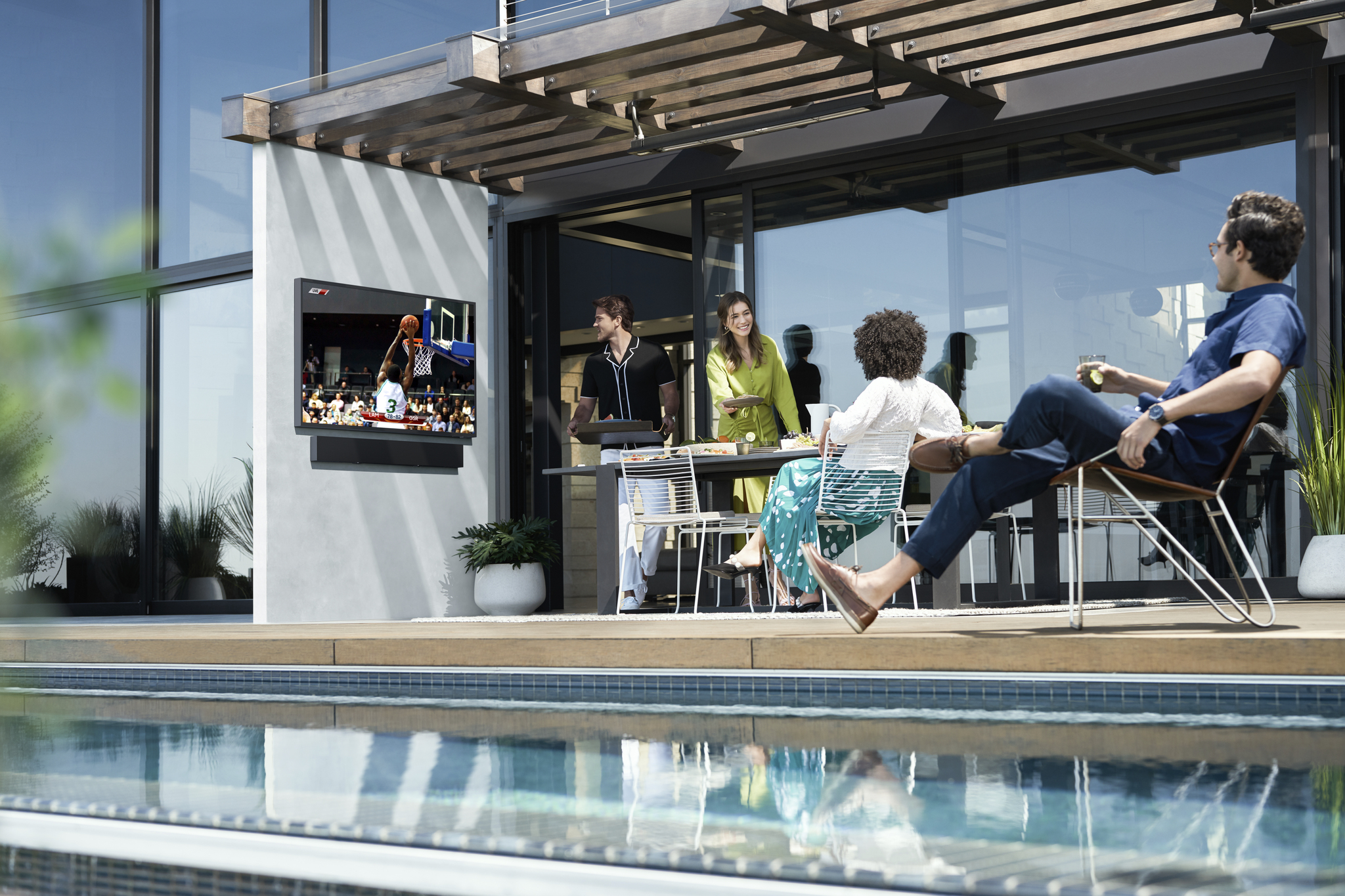 The lofty price tag gets you IP55 weather proofing, against the inevitable water and dust. The 2160p screen is an extremely bright 2000 nits — designed to be bright enough to watch in the sunlight. It’s got all of the necessary ports, but Samsung’s largely focused on wireless connectivity, so users (well, installers) only have to plug it into a power source. There’s also a separate Terrace sound bar that also carries the IP55 rating. That’s going to run you an additional $1,200 to complete the set up.

Maybe it’s just me, being grumpy and slightly unhinged from being stuck inside a New York apartment for months on end, but the last thing I want to do upon leaving the apartment is watch TV. Granted, this pandemic is starting to get to me. If you’ve got the inclination, outdoor space and several grand to spend, Samsung’s got you.