Xiaomi on Tuesday unveiled the global version of MIUI 12, the latest update to its Android-based operating system, for hundreds of millions of smartphones as the Chinese electronics giant pushes to broaden its services ecosystem.

The world’s fourth largest smartphone firm said it is delivering a range of new features to its overseas users with MIUI 12, including a revamped user interface, the ability to cast the phone screen without the need to connect it to a computer, improvement to multitasking support and battery life and more privacy controls to users.

Chief among the new changes is how the software looks. A company executive said animation renders slightly differently after installing MIUI 12, stretching more naturally across the screen — especially on smartphones with rounded corners — as a user taps on an app.

Xiaomi has been able to deliver this graphical improvement thanks to what it calls “kernel-level innovation” that includes a new rendering engine, she said.

“With our rendering, we have enabled color blending and Gaussian blur. You can see various degrees of blurring happening in real time as light penetrates different materials,” explained Louisa Jia, head of marketing and operations of Global MIUI, at an event today.

MIUI 12, which is built atop Android 9 and Android 10 (depending on the device on which it will be rolled out), also changes how storage, memory and power consumption usage are displayed on the phone, making it easier for users to quickly understand the state of their device at a glance.

As part of the new coat of paint, Xiaomi is also deploying dark mode across all third-party apps, including those that have not introduced support for this feature yet.

Support for multitasking is also getting an improvement, popping any additional app on a floating screen that users can move around to any part of the screen and engage quickly without having to switch from the game or other app that they were focusing on. The company said it is also introducing an “ultra battery saver” feature that kicks in when the level of phone charge hits 5%. The new feature shuts off every non-essential service to deliver an additional five hours of battery life. 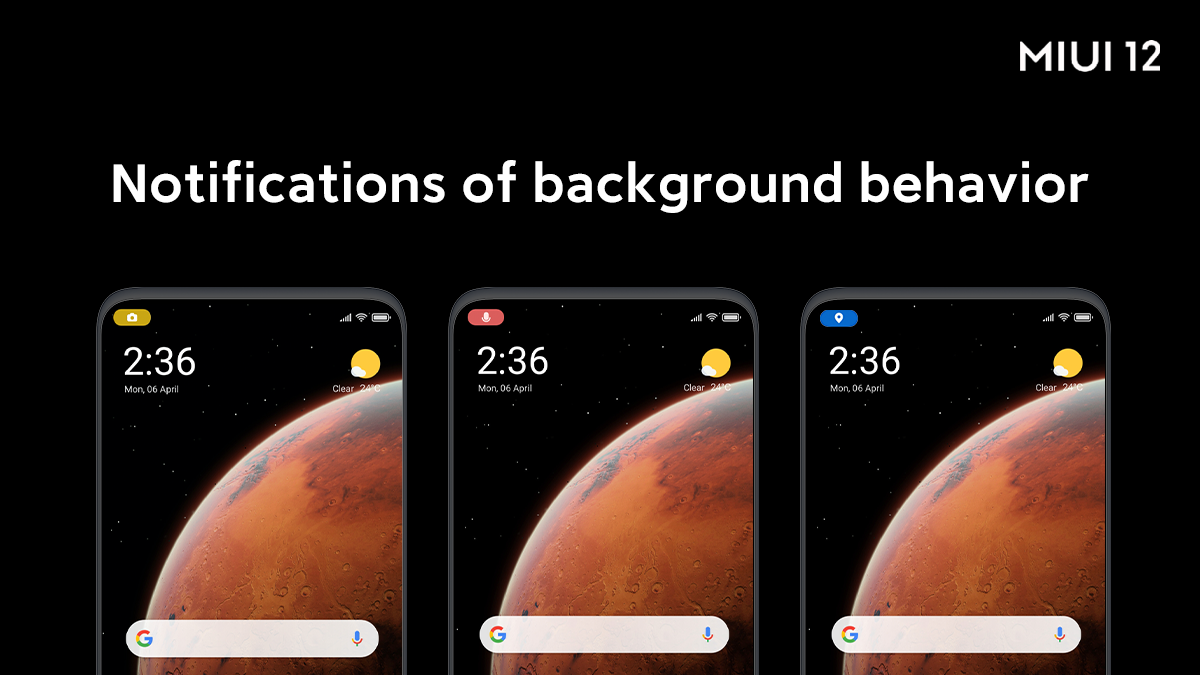 Whenever an app uses any of these, a persistent icon appears in the notification bar, tapping which will allow users to see which app is using this data and easily shut that access. Additionally, like with newer versions of Android and iOS, MIUI 12 gives users the ability to determine how often an app can access sensitive personal information.

Xiaomi said with MIUI 12, it is also providing users with the ability to strip off sensitive information, such as location data from a photo before they share it with their friends. By default, the new operating system will strip off such data from photos — a feature that privacy advocates have long desired, and business communication app Slack recently introduced to its service.

MIUI 12 will roll out to select smartphones — Mi 9, Mi 9T, Mi 9T Pro, Redmi K20 and Redmi K20 Pro — at the end of June, and dozens of smartphone models, including Poco F1 and Redmi 6, that were launched in 2018, “soon afterward,” said Jia. The company said it will make a beta version of MIUI 12 available to users next week for those who don’t want to wait too long.

More than 300 million smartphones ran MIUI software at the end of last year, Xiaomi revealed in its most recent earnings call in late March. The company previously stated that it is banking on MIUI to expand its services ecosystem as it looks to cut its financial reliance on sales of gadgets.

In 2018, Xiaomi started to display ads in the lockscreen and settings app to users in India and select other markets.