Microsoft today launched Lists, a new “smart tracking app” for Microsoft 365 users. That may sound a lot like a to-do list app and, as Microsoft already offers Microsoft To Do, you may wonder why it would bother with Lists. But it seems like Lists goes well beyond a basic to-do app. Indeed, Lists seems more like a competitor to Airtable, with the addition of all the usual Microsoft integrations one would expect.

The way Microsoft describes it, Lists is a tool to “track issues, assets, routines, contacts, inventory and more using customizable views and smart rules and alerts to keep everyone in sync.” It features deep integrations into Teams, SharePoint and other Microsoft products and will launch this summer on the web, with mobile apps slated for later this year. 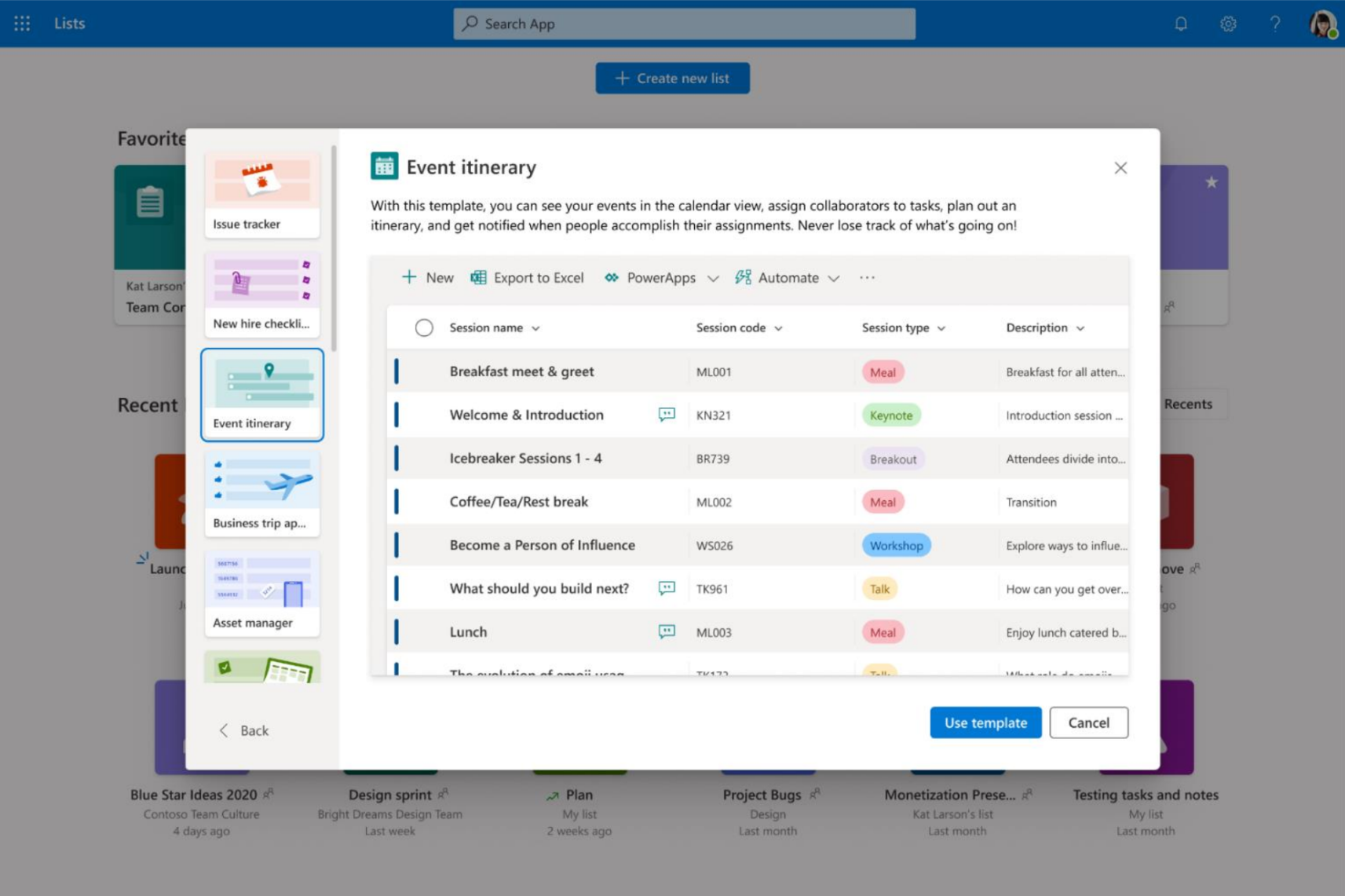 Based on what Microsoft has shared so far, Lists will feature a bunch of pre-made templates for things like team contacts, event itineraries, business travel approvals and onboarding checklists.

As you can see from that list, it seems like Microsoft has purposely kept the service pretty flexible, so that it can accommodate a lot of use cases. In that respect, it reminds me a bit of services like Trello (and the Lists mobile app bears a striking resemblance to the Trello app).

To enable all of these use cases, Lists include different ways to visualize your lists. For now, there are three views: grid, gallery and calendar. The standard view is “grid,” which may remind you a bit of Airtable, if you have ever used that. Calendar view explains itself, while the gallery view is ideal for anything that’s more visual. And because Lists seems to be all about flexibility, you can also create custom views. 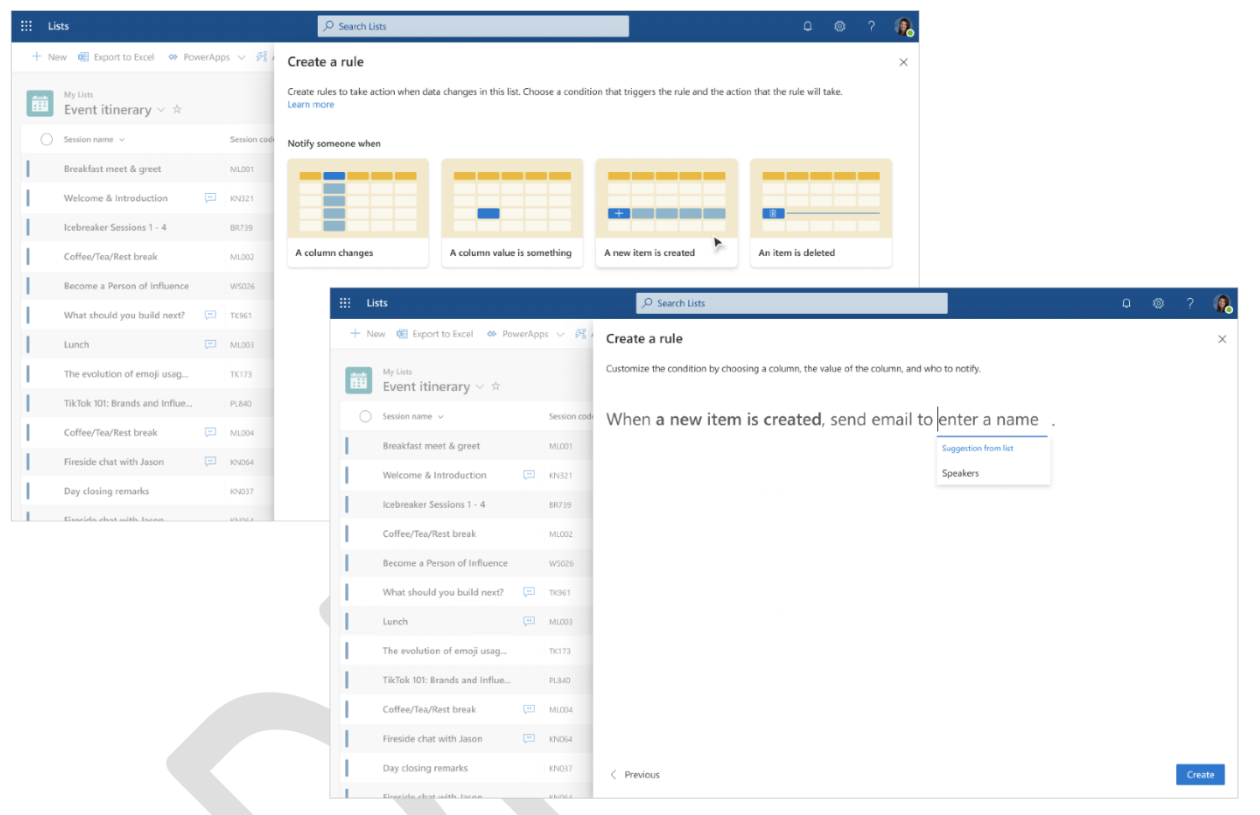 Unlike Airtable, though, Lists doesn’t seem to feature a Kanban view or the ability to enter data through custom forms.

Another major feature of Lists is its system for creating rules. “Once you decide on the outcome, click through if/then steps to evolve your rules,” writes Microsoft in today’s announcement. “Choose people, status, and value changes to send notifications or programmatically update values elsewhere in the list. Finally, use rules to set reminders to keep you and your team informed.”

Because all things Microsoft currently lead to Teams sooner or later, the company is obviously stressing that Lists are obviously integrated with Teams, too, similar to other apps inside the company’s communications platform. 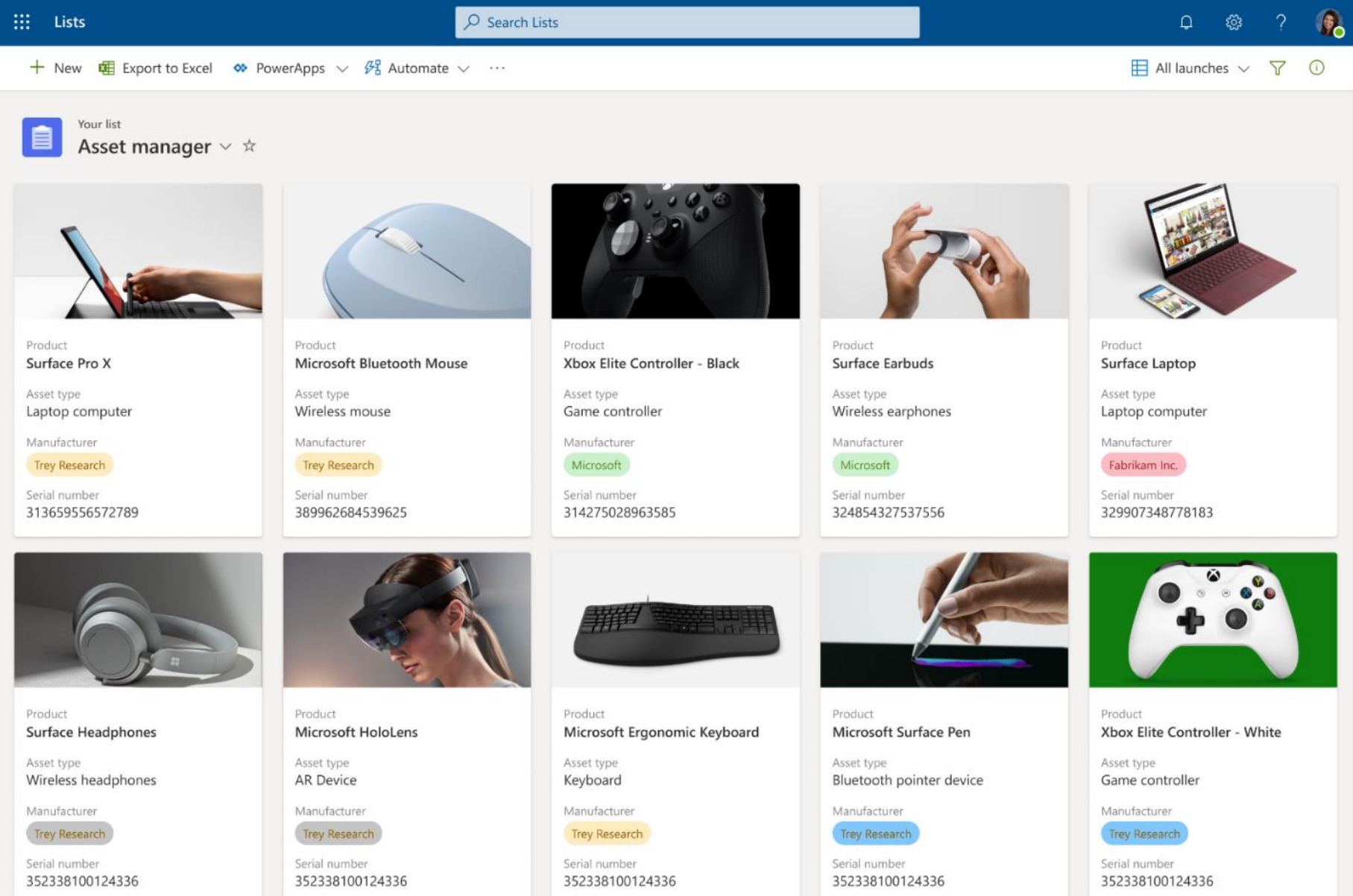