At its Build developer conference, Microsoft today announced that Azure Arc, its service for managing cloud resources anywhere, including competing clouds like AWS and GCP and platforms like Red Hat’s Open Shift, is now bringing Azure Arc-enabled Kubernetes into public preview and allowing its users to configure and manage Kubernetes clusters across their data centers, edge location and public clouds.

Microsoft first announced Arc at its Ignite event in Orlando last September. One feature that makes it stand out is that it takes some of what Microsoft has learned from its Azure Stack project for bringing Azure Services to its customers’ data centers (and unsurprisingly, Azure Arc also supports deployments on Azure Stack). Thanks to this, Azure Arc doesn’t just allow you to manage containerized workloads anywhere but also includes the ability to bring services like Azure SQL Database and Azure Database for PostgreSQL to these platforms. It’s also worth noting that while this is a Microsoft service, it supports both Windows and Linux servers.

It’s no secret that most large cloud vendors now have some kind of multi-cloud management service that’s similar to Azure Arc. Google is betting heavily on Anthos, for example, while AWS offers its fully managed Outpost service. They all have slightly different characteristics and philosophies, but the fact that every major cloud player is now offering some version of this is a clear sign that enterprises don’t want to be locked into using a single cloud — even as these services make them place a bet on a specific vendor for their management services. 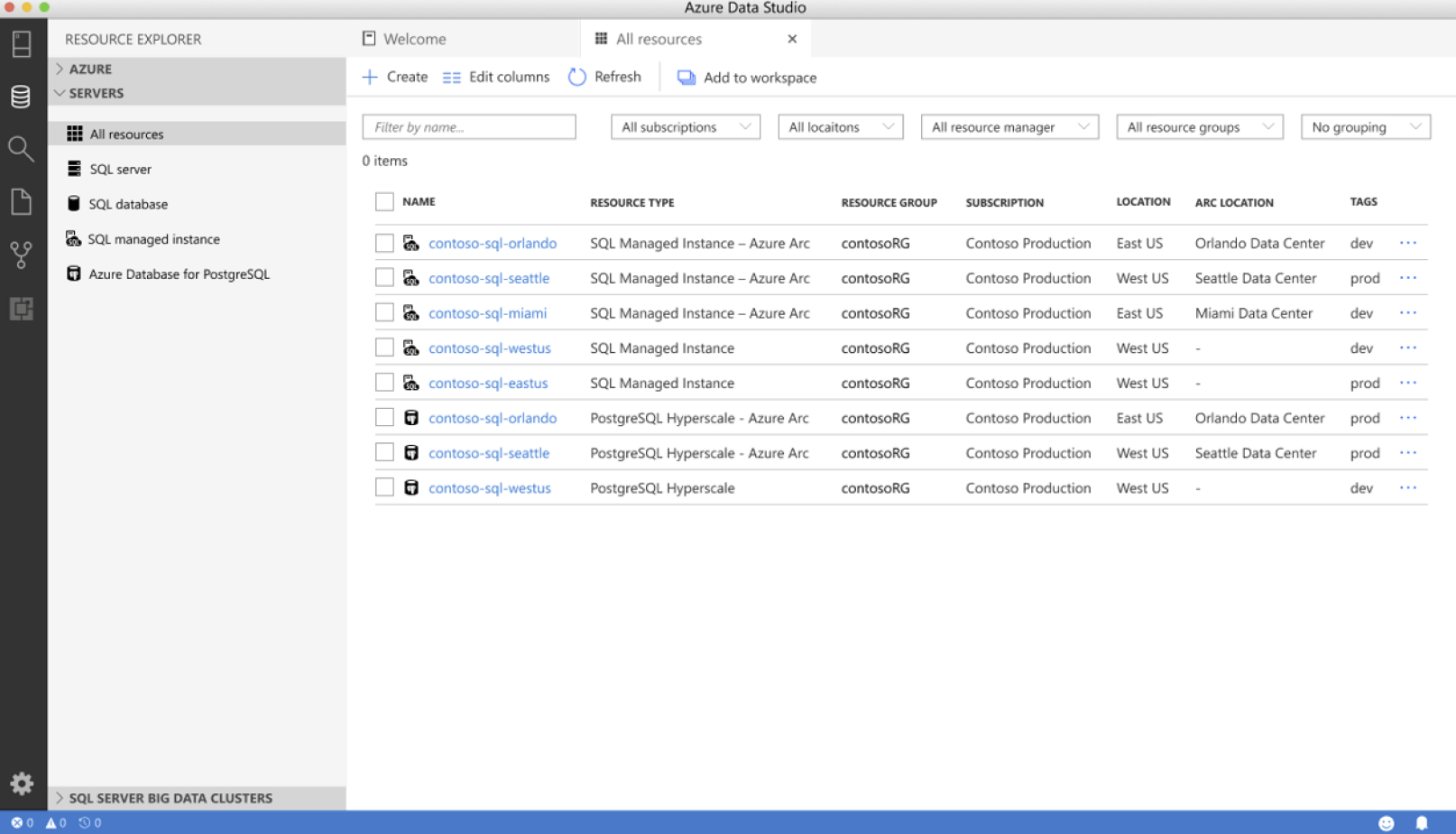 In a related set of announcements, Microsoft also launched a large set of new features for Azure Stack. This includes the private preview of Azure Stack Hub fleet management for monitoring deployments across Azure and Azure Stack Hub, as well as GPU partitioning using AMD GPUs, which is also now in private preview. This last part matters not just for using those GPUs for visualization but also for enabling graphics-intensive workloads on virtualized desktop environments through Azure Stack Hub for enterprises that use AMD GPUs in their servers. With GPU partitioning, admins can give multiple users access to their share of the overall GPU power.

Update: We made changes to the post to clarify that it’s Azure Arc-enabled Kubernetes that is now in preview, even as some parts of Arc remain in private preview.