In a memo titled “The Course Ahead,” Vice Media Group CEO Nancy Dubuc announced a large round of layoffs to staff. The number includes 155 workers — 55 of whom will lose their jobs today. The remaining 100, meanwhile, will be let go in the coming weeks. The figure comprises around 5% of the company’s overall headcount.

Dubuc cites “tough decisions” in the memo, noting that the company has “done absolutely everything we could to protect these positions for as long as possible, and your time and contributions will forever be part of who we are and who we will become.”

Vice’s union confirmed the figure, noting that the 55 are coming from U.S.-based operations, while the other 100 will be pulled from the company’s international operations. The union adds that, contrary to Dubuc’s claims, “Vice repeatedly refused to discuss workshare programs” that might have been used to lower the impact on job figures. The union for Vice Media-owned Refinery29 echoed the statements in its own tweet. 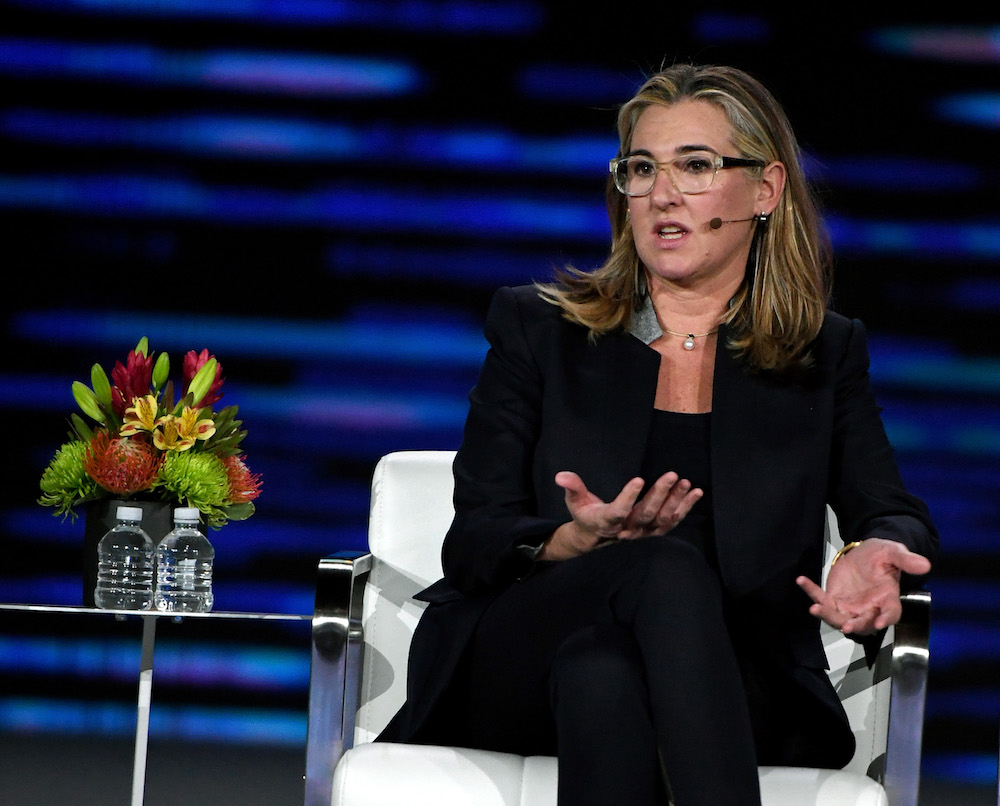 LAS VEGAS, NV – JANUARY 10: A+E Networks President and CEO Nancy Dubuc participates in a keynote panel on the future of video at CES 2018 at Park Theater at Monte Carlo Resort and Casino in Las Vegas on January 10, 2018 in Las Vegas, Nevada. CES, the world’s largest annual consumer technology trade show, runs through January 12 and features about 3,900 exhibitors showing off their latest products and services to more than 170,000 attendees. (Photo by Ethan Miller/Getty Images)

Vice is hardly alone, of course. Even as more people have their eyes glued to computer screens and news reports, revenue has declined during the COVID-19 crisis. Reporting on itself, The New York Times noted its own revenue struggles, even as digital subscriptions have climbed:

In keeping with a trend that has affected other news organizations during the pandemic, The Times attracted new readers while the money it brought in from advertising plummeted. Overall ad revenue fell more than 15 percent, to $106.1 million, in the quarter. Digital ad revenue declined 7.9 percent, while print ad revenue had a drop of 20.9 percent.

It’s a familiar and frustrating refrain across the board. Even with readership up for some, companies simply aren’t spending on ads during the pandemic. Times likes these, the ad revenue model feels like a precarious house of cards on top of which media empires have been built. BuzzFeed, Vox and Bustle have all announced either layoffs, pay cuts or employee furloughs in recent weeks, leaving many to ponder the future of the already precarious world of digital media.

Our statement regarding today's layoffs: pic.twitter.com/CCQlKDRXAX

It’s true that publications suffer every time a slight gust of wind upsets the state of the economy, but the COVID-19 recession feels different in virtually every way. In addition to the 36 million Americans who have filed for unemployment since the start of the crisis, the pandemic has had extraordinarily far-reaching impacts on every aspect of the economy. Not even ad giants like Facebook and Google are immune from the effects. A report from late March noted that the internet giants could see a combined loss of $44 billion in ad revenue before year’s end.

Digital media has felt like a precarious industry for some time. The effects of economic recessions and feelings of distrust against media sowed by the White House have made the last few years particularly difficult. The addition of the unprecedented uncertainty of COVID-19 is adding rocket fuel to that fire.