Workvivo, an employee communications platform founded only three years ago, has raised $16 million in a Series A funding led by Tiger Global, which is best known for large growth-oriented rounds.

Also participating is Frontline Ventures and Enterprise Ireland, previous investors. The Series A round follows on from a seed round late last year, bringing its total funding to just over $17.5 million.

In the last couple of months it’s become quite obvious to millions of people during the COVID-19 pandemic that working remotely online was going to figure in their future. So companies that have products that make that transition easier have skyrocketed in value, even if this was probably an overall long-term trend. But how to reproduce that elusive “company culture” online? That is much harder.

Solutions like Jive or Facebook Workplace have come along, but Workvivo has taken a different approach to creating an internal communications platform designed to engage and connect with employees.

Founded in Cork, Ireland, the platform is known for creating a sense of community and belonging to the organization, the kind of which you might get from a highly engaged Facebook group that you were a fan of. Through web, desktop and a mobile app, Workvivo allows employees to read and post content to an activity feed, as well as ‘like,’ share and comment in the same way they might on Facebook. It’s in the same ecosystem as Slack, but where Slack doesn’t do “culture” so well. Netgear, TELUS International and Cubic Telecom are among the many companies now using it. 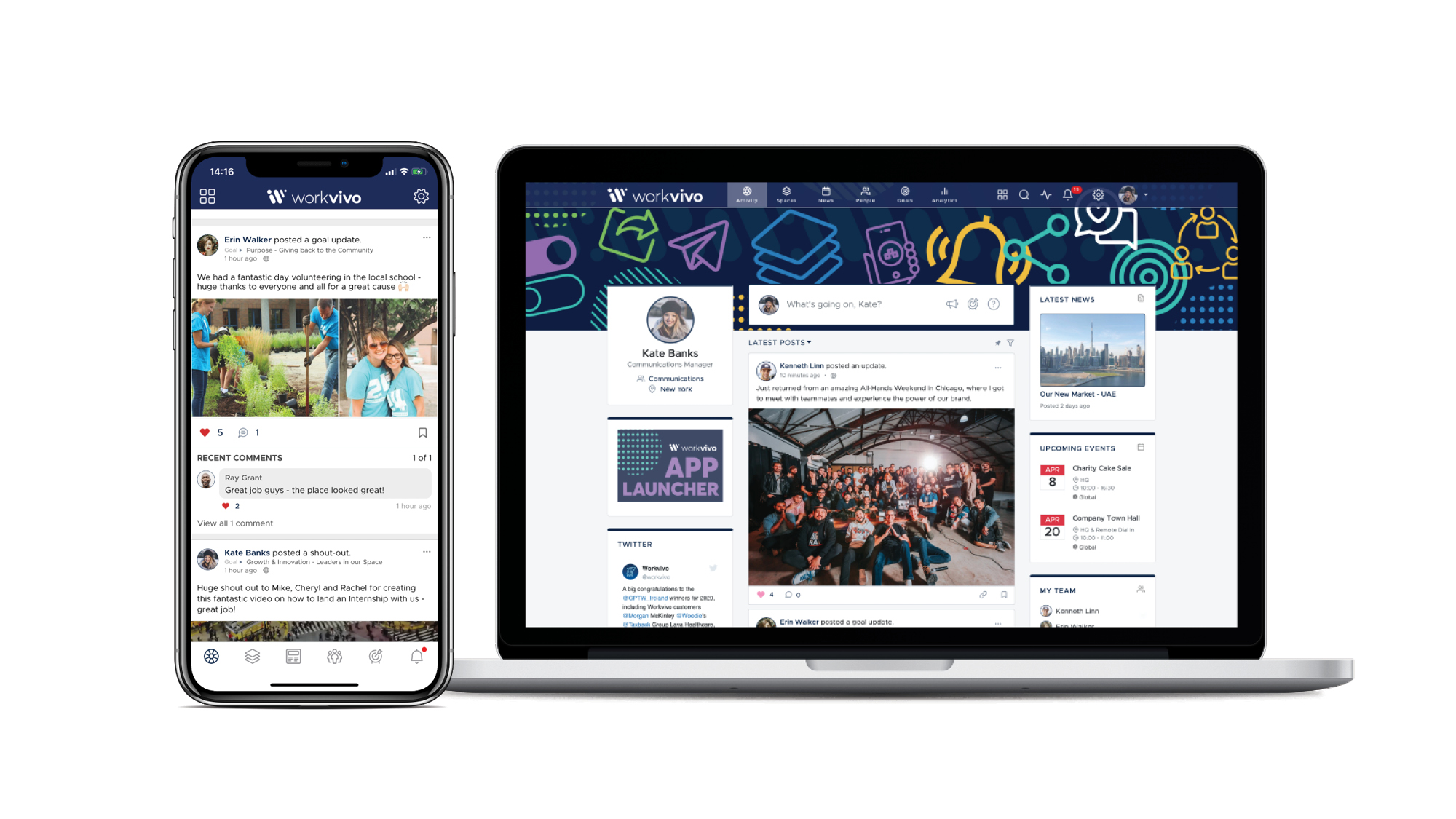 The Cork-based company, founded by John Goulding and Joe Lennon, bootstrapped from the start. Goulding said in a statement: “The move to remote working has been significantly accelerated by recent events. It’s now more important than ever that employees are able to effectively communicate and remain engaged with each other and with the business. Workvivo’s communication platform helps organizations connect and engage with their employees regardless of location, bringing the culture alive and aligning everybody with what the organization is trying to achieve.”

He said the funding will be used largely for sales and marketing as well as product development. This is typical of growth-funding rounds such as this.

In an interview with TechCrunch, he denied the funding was precipitated by the global pandemic, but more by the longer-term trend of remote working.

In a sign that this is almost certainly the case, remote-working advocate Eric Yuan, founder of Zoom, previously invested last year.

Gallup estimates 70% of employees globally are “disengaged” at work and this costs the worldwide economy $450 billion annually. And who can blame them when their company “intranets” are usually so dull.