SirionLabs, a startup that provides contract management software to enterprises, has raised $44 million in a new financing round as it looks to expand and handle surge in demand from clients.

Tiger Global and Avatar Growth Capital led the Seattle-headquartered startup’s Series C round. The eight-year-old startup, which was founded in India, has raised $66 million to date. The new round values the startup at about $250 million. Indian VC fund Avatar has long invested in SaaS startups in India, an area that Tiger Global has also made serious bets on in recent quarters.

Enterprises broadly handle two kinds of contracts, one when they are buying things from a supplier for which they use a procurement contract, and the other when they are selling things to customers, when a sales contract comes into play.

A significant number of companies today handle these contracts manually with different teams within an organization often dealing with the same entity, which leads to discrepancies in their promises. Teams work in silos and often don’t know the terms others in the organization have already agreed upon.

That’s where SirionLabs comes into the picture. “We use artificial intelligence and natural language processing to connect the dots between contracts and what happens after the contract has been signed,” explained Ajay Agrawal, cofounder, chairman and chief executive of the startup, in an interview with TechCrunch.

“For us, it’s not just creating a contract, but also realizing the promises that have been made in those contracts,” he said. SirionLabs also audits the invoice of suppliers, which has enabled its customers to save a significant amount of money. 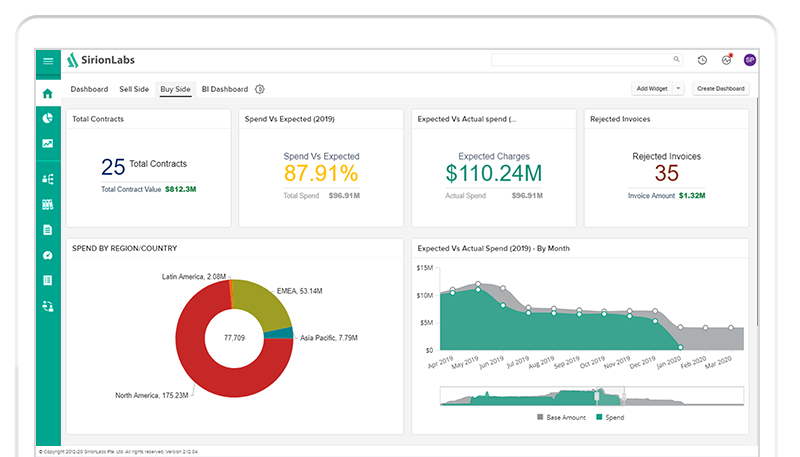 SirionLabs today hosts contracts in over 40 languages for more than 200 of the world’s largest companies including Credit Suisse, Vodafone, EY, Unilever, Abbvie, BP, and Fujitsu.

Agrawal said the startup has seen a 4X growth in the number of customers it has signed up in the last 18 months. Part of the new capital would go into handling their demand. He said the coronavirus crises has resulted in many companies becoming more cautious about what they promise in their contracts.

The startup, which just opened a technology center in Seattle, also plans to open an AI laboratory in the Washington state to fuel technology innovation and grow sales.

It has also hired several industry veterans including the appointment of Amol Joshi as chief revenue officer, Anu Engineer as chief technology officer, Mahesh Unnikrishnan as chief product officer, and Vijay Khera, who will serve as chief customer officer.

Vishal Bakshi, founder and managing partner at Avatar Growth Capital, said he expects SirionLabs, which competes with Apttus and Icertis among other firms, to “capture massive network effects as the platform continues to scale.”