I’ve been following the Nura story since the Australian startup brought an unfinished prototype of its first headphones to our offices four years back. When I finally had the opportunity to review the Nuraphones the following year, I put the noise-adapting headphones at the top of my list of 2017’s best gadgets.

There was a lot to like about the product, which was clearly lovingly crafted, right down to the packing material it shipped in. The build quality was great, the app was well-designed and the custom audio fingerprinting felt downright revolutionary for home audio listening. There was, however, one thing I and everyone else who reviewed the original asked: why not earbuds?

One of the more peculiar things about the Nuraphones is that the sound was largely contained in a pair of earbud-style nubs that sit inside over-ear cups. The cups, meanwhile, largely existed to deliver a more immersive bass experience. But while bass is no doubt an essential part of music listening, it’s something many manufacturers have used to overcompensate for other shortcomings. Heck, that was Beats’ whole M.O. in the first place.

For me, the bass cups always felt like an interesting but inessential aspect of the experience. One of my earliest pieces of feedback to Nura was the fact that I would have happily traded it for something more portable. NuraLoop earbuds were finally unveiled at CES 2019 — albeit as dummy units. Now, a year-and-a-half later, they’re finally shipping. 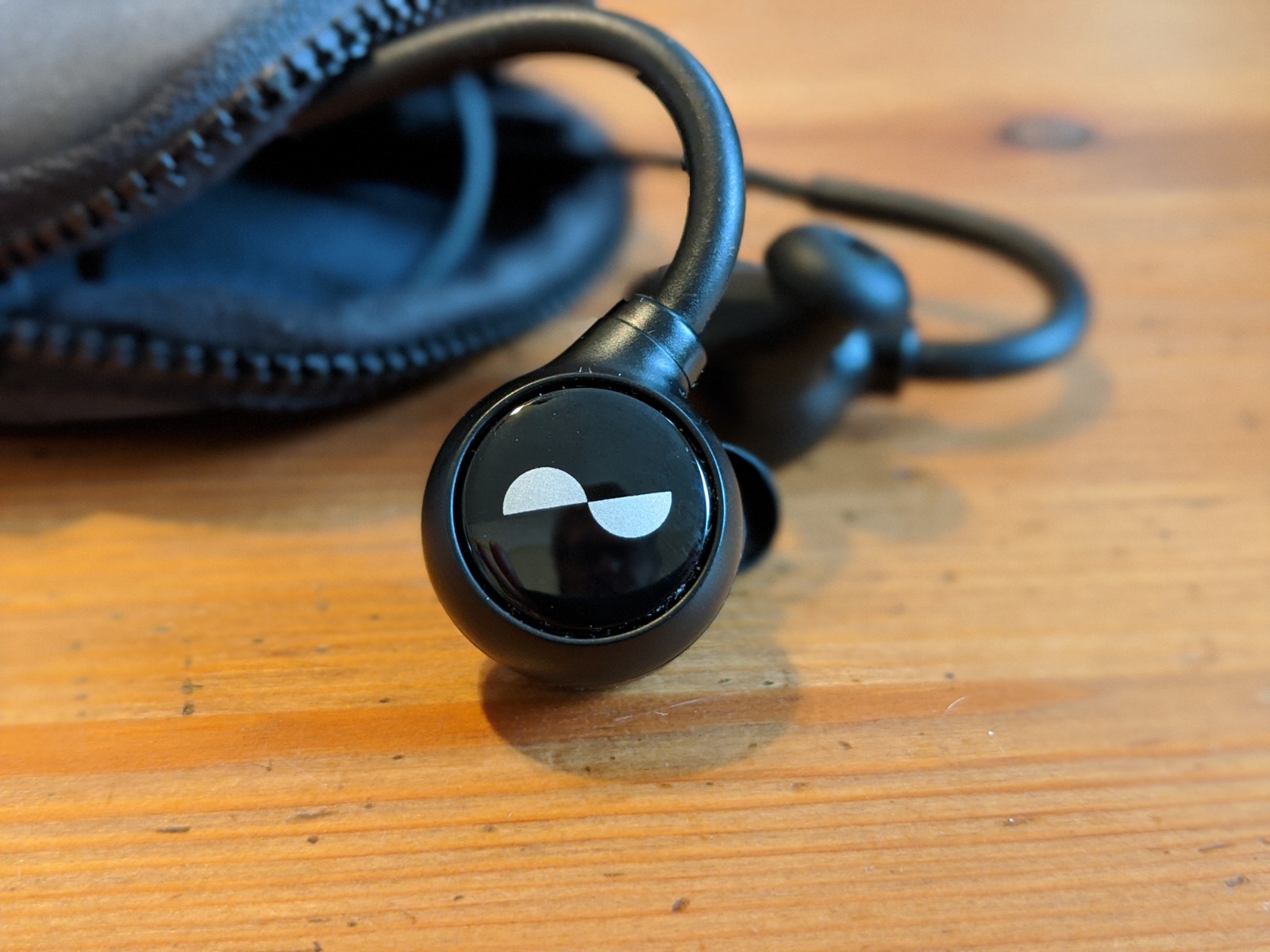 As with their predecessors, it’s clear a lot of thought went into the product here — a marked benefit of being a startup that has thus far produced two products in five years. Once again, even the packaging is nice here — albeit less elaborate. They also ship with a lovely little leather pouch — good for carting around both the headphones and their accessories.

Rather than going fully wireless — as is the trend of the day — the Loops are tethered. This serves a number of purposes, perhaps most important of which is an included magnetic adapter that turns them into hardwired headphones.

I suspect the feature will have limited applications for most users, as smartphones have largely abandoned the headphone jack. When the product was announced, CEO Dragan Petrovic told me the accessory was included for professional musicians who had asked for a hardwired version of the product to serve as stage monitors. It’s a niche category of user, naturally, but I appreciate the inclusion nonetheless as someone who uses hardwired headphones to edit my podcast on the fly.

The ability to snap two pieces together and plug into my MacBook is fantastic.The charger also takes advantage of the magnetic adapter. Once snapped in place, a white light will begin glowing softly to let you know it’s working. Ten minutes of charge should get you about two hours of battery. Fully charged, you should get more than a day’s worth of listening (rated at 16 hours), a nice benefit of the tethered design.

The buds themselves use an over-ear loop to stay in place — displacing a bit of the strain from their relatively large size, as well. I did start to find them a bit uncomfortable after wearing them for an extended period. Obviously ear sizes are a bit like snowflakes and your mileage may vary. The buds ship with three sizes of removable silicone tips, which are a bit shallower than the standard version. 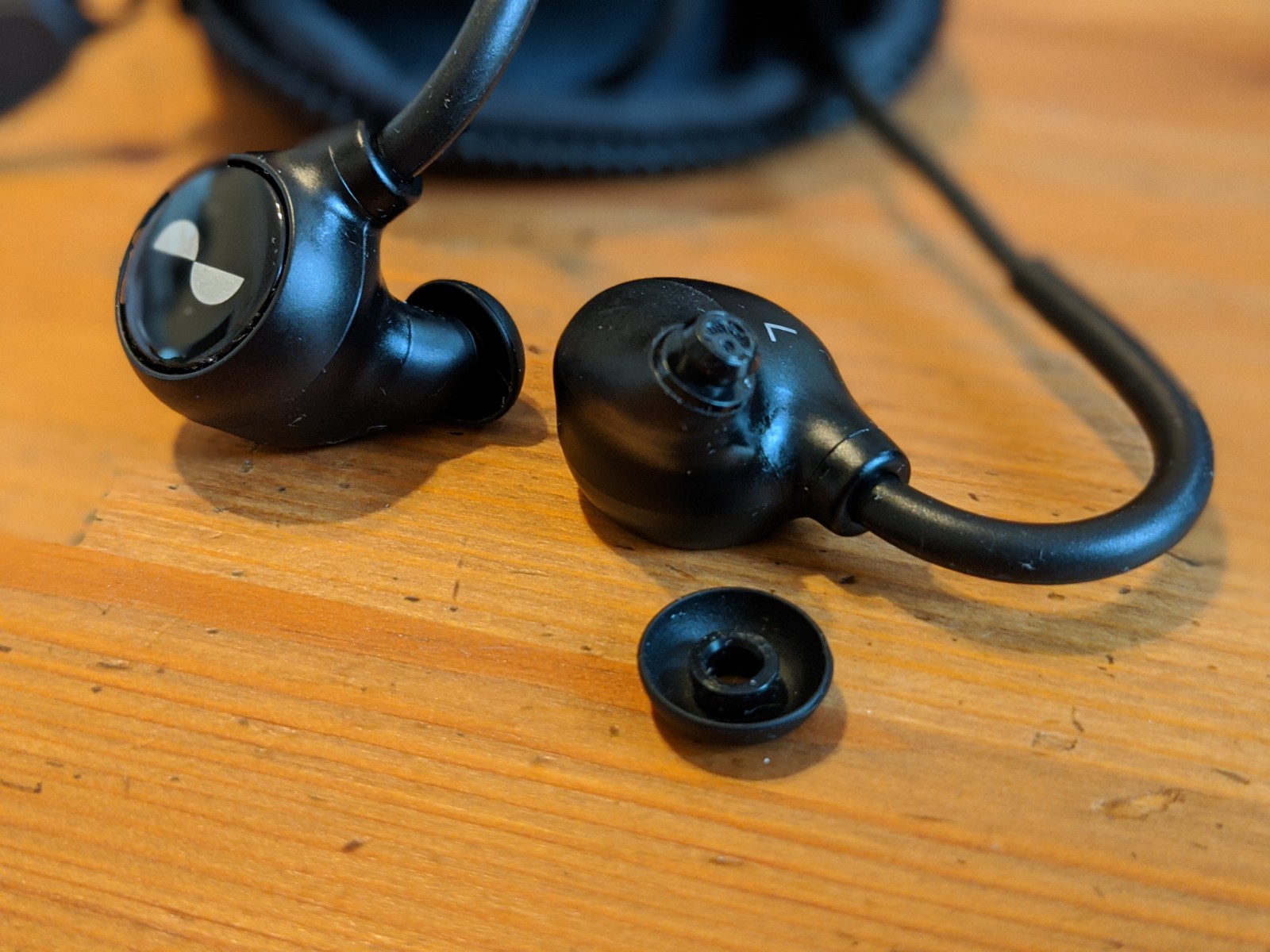 Fit is always important for a pair of earbuds, but even more so here. The company’s app needs a perfect seal to do its audio profile readings. Thankfully, unlike the original Nuraphones, I was able to get the fit working pretty quickly here. The original models are pretty frustrating to get working. The whole process takes a few seconds, vibrating the hair cells within your ear, which then send back an ”otoacoustic emission.” Once done, you have a customized profile, including a visualization of your hearing.

And once again, the headphones sound great. It’s remarkable what the company’s technology is able to do, building one of the best sound set of Bluetooth earbuds around. Music sounds fuller on the NuraLoop buds. There are subtle artifacts you miss on less sophisticated headphones — and likely enough details you may not have heard in familiar pieces of music. The bass is certainly less intense than on the over-ear models, but it’s still rich and fun. Better yet, it’s adjustable.

Each ear has touch control. Running your fingers around the dial on the right adjusts the volume and on the left, noise canceling/social mode. The noise cancellation leaves something to be desired, versus a product like the AirPods Pro, so if that’s your main concern, look elsewhere. I also found the connectivity to be a little spottier than other models when attempting to walk into another room. 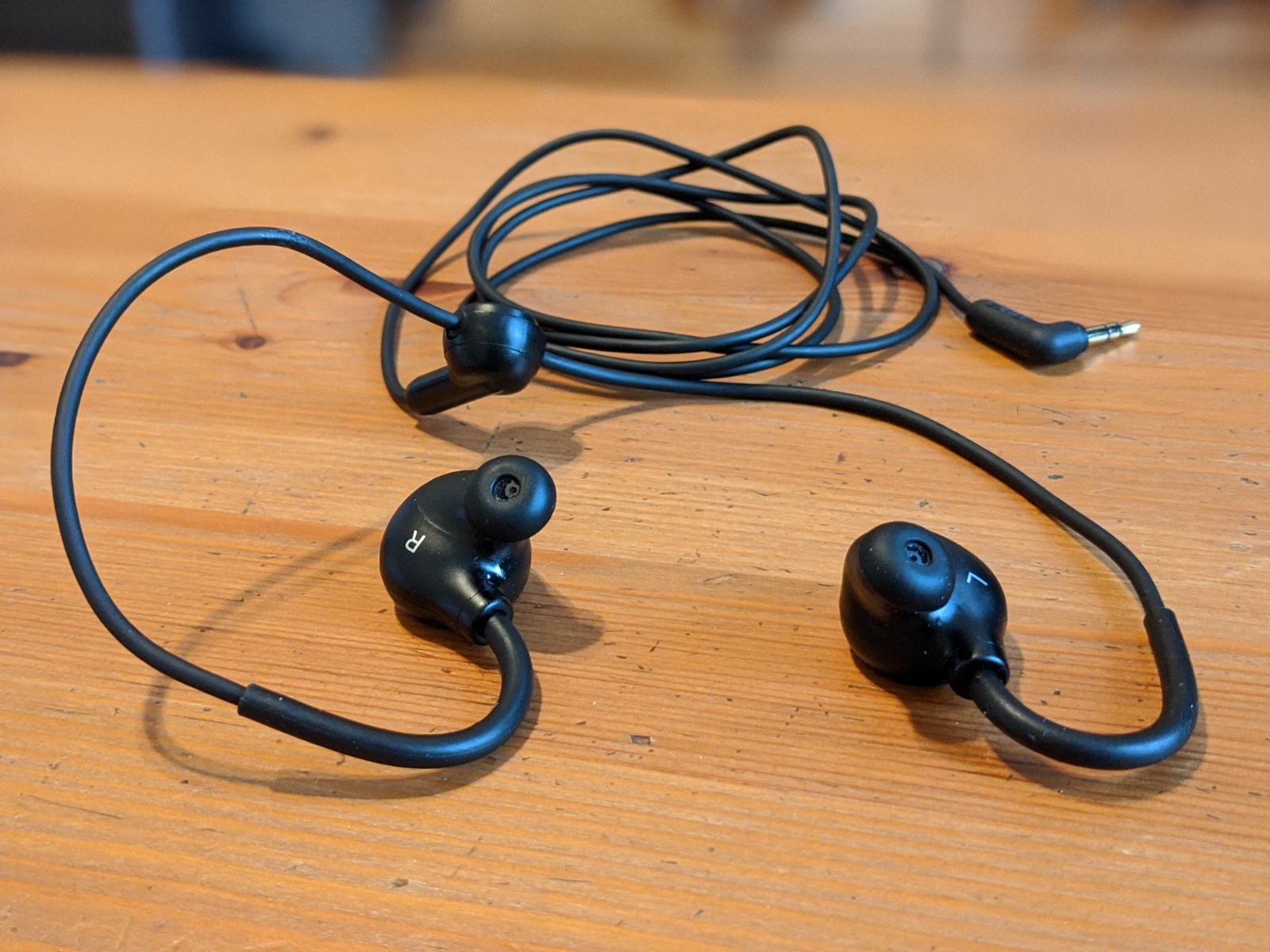 Those complaints are fairly minor though, for what’s a really great little package. You get a lot for $199 here. Nura missed out on quite a bit of potential market by waiting this long to release its first fully wireless earbuds. The space has grown a lot more mature — and crowded — since the company was founded in 2015. But if waiting meant getting the product right, I can’t complain.

And even with a crowded market, there’s still nothing else out there that’s quite like the NuraLoop buds. The underlying technology is excellent, and it’s wrapped up in a well-thought-out package. I suspect the Australian startup is a prime candidate for acquisition from some giant headphone maker eager to get its hands on the tech. For now, however, it’s great to have a unique startup that’s still able to turn the industry on its ear.