So, an eight-year product veteran from Facebook and an internationally renowned barista walk into a coffee bar…

It’s not a joke. It’s the origin story for Taika, a new startup that’s aiming to bring natural stimulants to the masses through its juiced-up coffee beverages.

The two co-founders, Michael Sharon, an eight-year veteran of Facebook’s mobile product division, and Kalle Freese, a champion barista (it’s a thing) and the co-founder of Sudden Coffee, are on a mission to bring consumers what Sharon calls “stealth health.”

Talk to any of Sharon’s friends and it’s plain to see that the man loves his coffee. While at Facebook he’d down pour-overs in the morning and espresso shots throughout the day, but the side effects left him… “tweaky.”

So, like any good product designer and engineer, Sharon set out to try to make a better cuppa. The South African native developed a stack of different natural additives that he would add to his morning ‘joe in an effort to provide a steady source of stimulation — without any side-effects throughout the day.

The cornerstone of Sharon’s putatively potent potables is an ingredient commonly found in tea called L-theanine. “I had these compounds and these stacks that I was putting together for myself,” said Sharon. “[And] I realized they were super beneficial, but when I tried to get my friends interested and said ‘Here are the 20 things you need to buy,’ people would lose interest and walk away.”

It was in those moments that Sharon came up with the notion of “stealth health.” If his friends were rejecting his attempts to try out his curated stack of ingredients on their own, he’d just make a product that would package them into a handy beverage and foist them on an unwitting world.

Sharon stresses that his company is based on the latest science and that nothing that’s included in Taika’s coffee-based drinks is a novel compound or regulated substance. They’re all supplements that are known quantities in the wellness world. 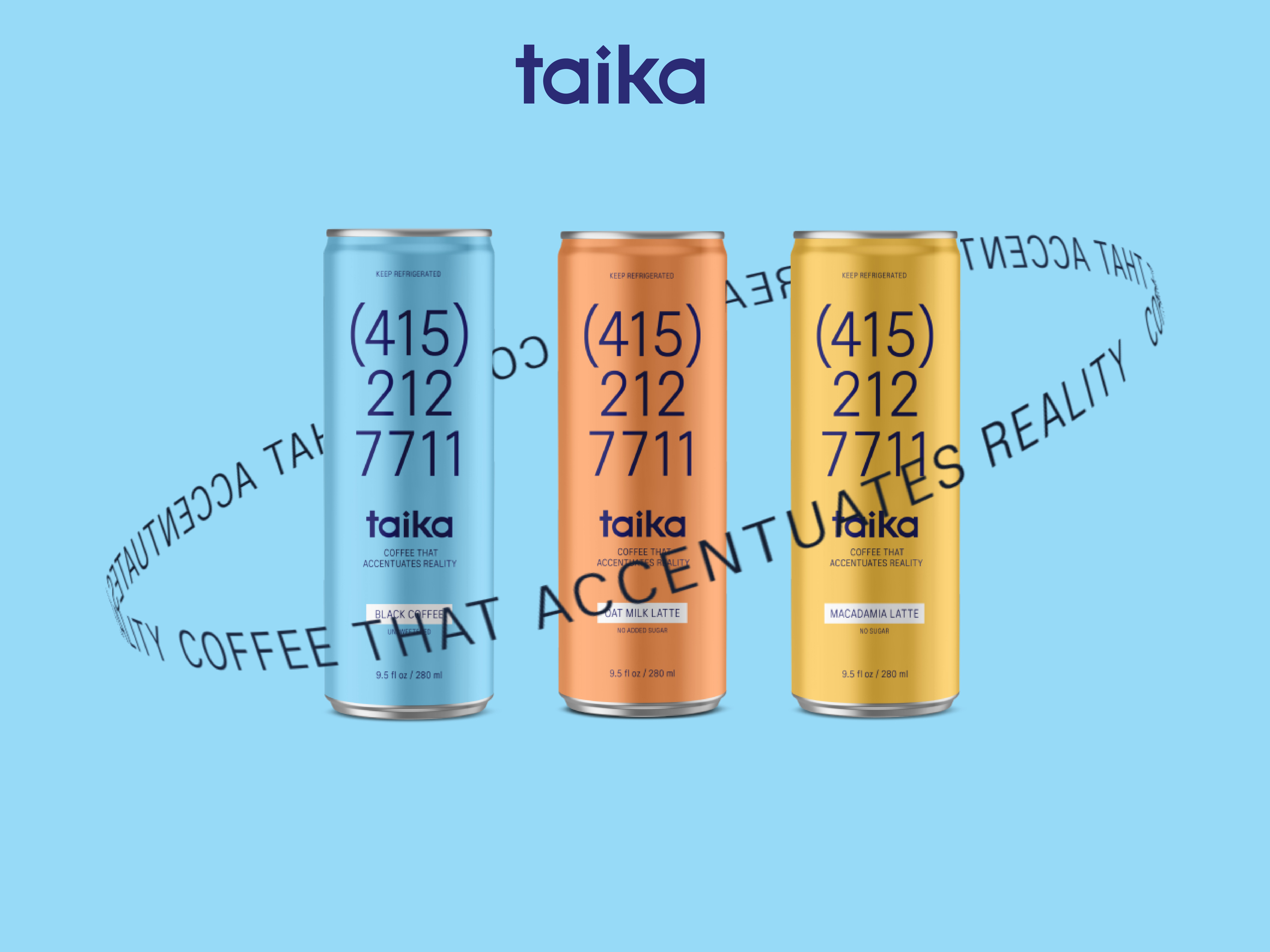 Sharon met Freese in 2018 after a two-and-a-half year hiatus from Facebook that saw the veteran product designer try his hand at kite surfing, wind surfing, surfing, photographing polar bears in Svalbard and visiting the world’s only desert with freshwater lagoons.

That summer the coffee snob met the world’s best barista and a friendship was formed that would blossom into the partnership at the heart of Taika. Sharon had already made an investment in the coffee world through a small stake in Blue Bottle and was ready to take the plunge into startup land.

“When I met Kalle we started riffing on a whole bunch of insane ideas,” said Sharon. “After two months we were like… Why don’t we try to take some of these compounds and put together a formula.”

Because none of the compounds that the company uses need to be approved by the FDA, because they’re classified as “Generally Recognized As Safe,” Taika was able to begin formulating.

The company started off as a direct sales business, giving away coffee to friends and friends-of-friends. Then they started delivering to what Sharon called micro-kitchens. From there, the business grew and continued growing. The two co-founders began dropping off their brews at corporate offices.

Their first big human beta test was at the offices of the now-defunct legal startup Atrium. “They were — like — 80 people at that stage,” said Sharon. And they were also providing legal services to Taika as a newly launched startup. “They went through the coffee in the first two weeks,” said Sharon.

From the initial run of a regular coffee, the company added an oat milk latte, and that’s when Sharon and Freese knew they were off to the races.

“This coffee is like secretly healthy,” said Sharon. “We have no added sugar in the coffee. We know coffee is a healthy compound and we have a bunch of these compounds that are very healthy but not widely known. This stealth-health concept stuck around.”

Taika includes a phone number on the packaging for customer feedback and the company is constantly tweaking its formulations. It’s now up to version 0.8 on its three drinks, which include a black coffee, an oat milk latte and a macadamia nut latte. The drinks also include functional ingredients like L-theanine, ashwagandha and functional mushrooms like cordyceps, reishi and lion’s mane. The company uses allulose as a sweetener, which doesn’t impact blood sugar levels and is better than table sugar, Sharon said.

“We definitely think that it’s healthy, but we don’t think you have to compromise on the taste,” said Sharon. “We asked ourselves what are the right extracts that we can use that will have an effect. Everybody is different and every psychoactive compound effects people differently. The compounds we put in this coffee are going to affect people differently.”

Repeatedly, Sharon returns to the concept of providing a stealth way to introduce healthy compounds and chemicals into a consumer’s day and diet.

“There are established supply chains for these things,” said Sharon. “One of the first things we worked on was the formulation. We ended up with this specific mix of five. They helped us dial in the right headspace and they’re all natural compounds. These are things that have been consumed by humans for thousands of years.”

It’s working with the coffees. So far the company has sold 50,000 cans and it’s now available at stores across San Francisco, including Bi-Rite, Epicurean Trader and Rainbow Grocery, and has even managed to make its way through COVID-19 shelter in place orders to the five Erewhon locations in Los Angeles.

Taika takes its name for the Finnish word for magic and, according to Sharon, it’s a good corollary for how the beverage makes you feel.

The company has raised $2.7 million in seed funding to date to take its product to market, from firms like Kindred Ventures (which has backed companies like Coinbase, Blue Bottle Coffee, Postmates, Zymergen) and Obvious Ventures.

And coffee is just the beginning, according to Sharon.

“If we’re able to take sugar and milk out of their day… and we’re not beating them over the head with the health aspects… there are a ton of products out there that we could turn into stealth health products,” he said.