For many college seniors, school is a time for self-exploration, considering options, leisurely contemplating the future.

Yet that’s rarely the case for computer engineering students who either attend the world’s best universities or rise to the very top of their classes. Almost immediately after choosing their courses during the first week of school, they typically find themselves at their college career fair, wondering if they should interview with the likes of Google or Facebook. And, when they do, they often receive an offer with a signing bonus and often with a 48-hour exploding deadline.

The perception is that saying no means becoming forever blacklisted by that outfit. But serial founder turned investor Ali Partovi — who has enjoyed success over his career with, and alongside, twin brother Hadi — insists it’s smoke and mirrors. “There are only so many great students graduating, and there are way, way, way more jobs to be filled than there are CS graduates. Like, the students should be giving the companies deadlines.”

To get out that message — that students have options and needn’t allow big tech companies to narrow these prematurely — Partovi is organizing something new. Through his four-year-old networking organization, Neo, and its associated venture fund, he is staging a kind of virtual matchmaking extravaganza on August 8 that introduces students to an entirely different kind of opportunity.

Called Neo Startup Connect, the idea is to introduce students it vets to fast-growing — but stable — companies like the design software Figma, which just announced $50 million in Series D funding last week.

Partovi thinks there are opportunities to learn a wider number of things at companies that have closer to 100 people than tens of thousands. He also believes there’s a world of startups that might align better with students’ interests, if only they knew about them. 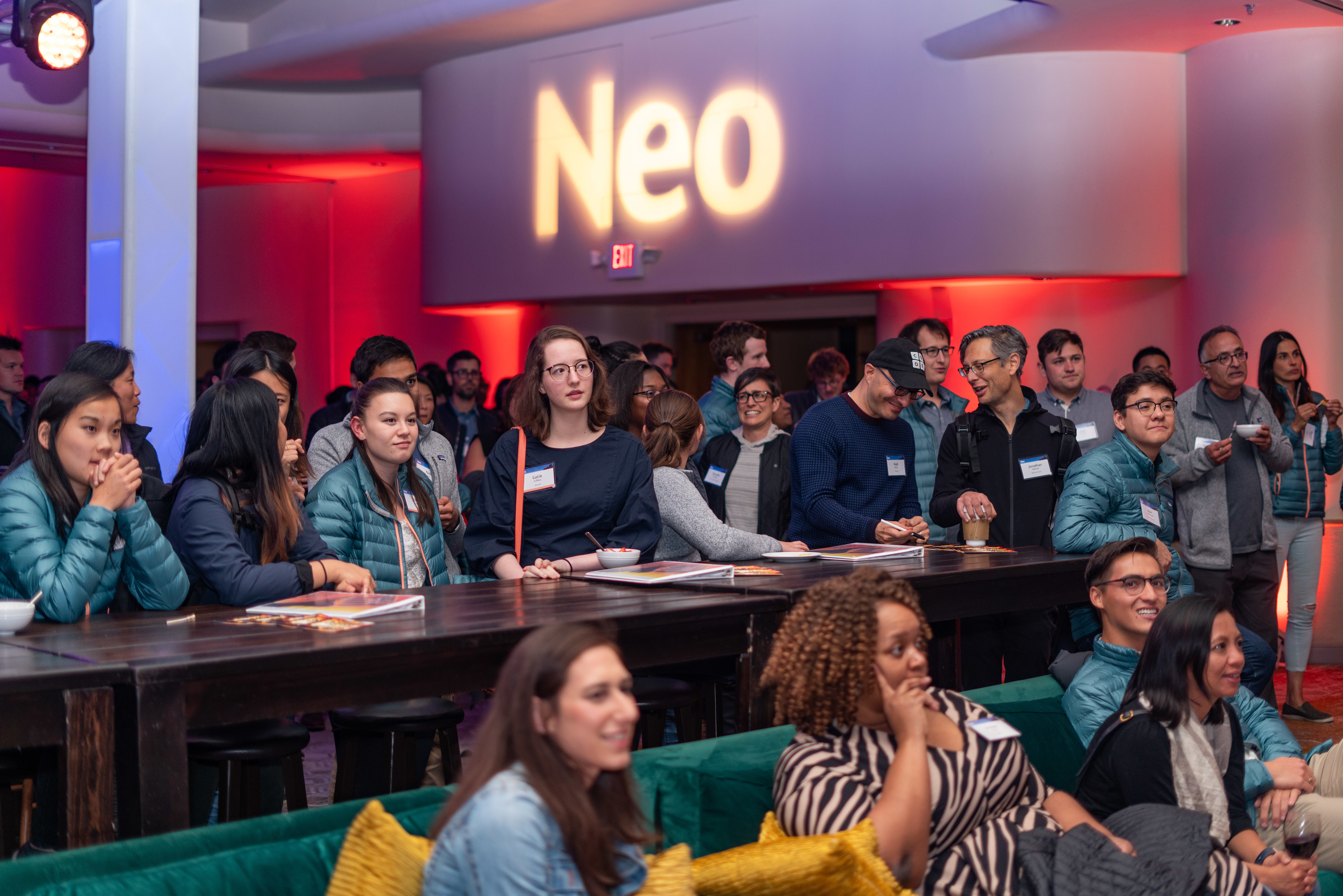 “Every day,” says Partovi, “I’ll be talking to a someone who is a top student from, let’s say, Princeton, and this person tells me that she’s passionate about healthcare and machine learning, and she has a job offer to join Goldman Sachs. And I’ll be like, ‘Why would you go join a bank or a hedge fund?'”

Of course, it’s in Partovi’s interests to foster all of these connections. In fact, Neo Startup Connect is a natural offshoot of what Neo has been working on in recent years, which is trying to identify the strongest engineering talent coming out of schools and promising to invest in anything the students might launch later on based on the belief that they’ll invariably become successful. The approach has become more widespread throughout Silicon Valley, but it means playing the long game. With Neo Startup Connect, Partovi can have a more immediate impact on someone’s future, as well as strengthen Neo’s relationships to companies that Neo has either backed in the past or might like to back in the future.

In addition to Figma, some companies participating in the event include Forethought, a past TechCrunch Battlefield winner whose AI systems boost customer support productivity; and Notion, a buzzy maker of collaboration software that announced $50 million in funding at the start of the month and counts famed angel investor Ram Shriram as an early backer. None are backed by Neo.

Other participants that have received funding from Neo include the on-demand trucking platform Convoy, which closed on $400 million in Series D funding late last year; Bubble, a no-code point-and-click programming tool that has disclosed just $6.25 million in seed funding to date; and the AI chip company Luminous, which last year raised $9 million in seed funding, including from Microsoft co-founder Bill Gates, Uber co-founder Travis Kalanick and current Uber CEO Dara Khosrowshahi (who happens to be Partovi’s first cousin).

As for the advantage to the students themselves, Neo is promising to not only widen their eyes and their opportunity set, but to make the application process easier by first screening them itself using a coding assessment program used by Quora and other companies, as well as through in-person interviews. (These will be conducted by Partovi, along with a “mix of seasoned veterans from the Neo community,” he says.)

Whether that screening process fully satisfies participating companies is a question mark. For example, Kris Rasmussen, the vice president of engineering at Figma, says via email that while Neo “does a great job of surfacing highly qualified candidates for us from their community,” he adds that “all Figma candidates go through the same technical interview process.”

In other words, there are no shortcuts.

Neo’s endorsement definitely counts for something. Partovi is highly networked. He has co-founded numerous companies, including LinkExchange, which sold to Microsoft for roughly $250 million in stock in the late ’90s. He also has a solid track record of investing in talented founders, including Mark Zuckerberg and Drew Houston of Dropbox.

“I’ve come to trust that when Ali has vetted someone, they’re going to be world-class in terms of both IQ and EQ,” says Deon Nicholas, the CEO of Forethought, whose participation in the August event is a “no-brainer.” The “only hard part is to make sure [the participating students] don’t take offers from Google,” he adds.

It raises the question of whether it’s so terrible to start a career with a tech giant in the first place.

Partovi himself interned at Microsoft as a Harvard student, then bounced between Oracle and a tech startup after graduating. Nicholas worked for some sizable companies, too, including Dropbox and Pure Storage.

Not to put too fine a point on things, but Rasmussen also worked for Microsoft straight out of college, though he spent less than a year with the corporate behemoth. Asked over email if he regretted logging time with the company before heading into the startup world and eventually to Figma, he skipped over the question.

Is it possible — we ask Partovi — that freshly minted college graduates can learn a lot from inside a big company, including how that company works with startups? Is it possible the credential boosts their earning potential? Gives them more options?

Partovi says he “won’t argue” with any of these questions. “Different paths are right for different individuals — from a corporate job, to joining a startup, to starting your own.”

Unfortunately,” he continues, “even for the most entrepreneurial, top-performing students, the startup path has systemic impediments. It’s unmapped, unguided, intimidating, and has structural obstacles.” If Neo can help remove these obstacles, he’ll have succeeded.

In a world where ever bigger companies continue to absorb the best talent, one might argue that society could also benefit from intervention in the way things currently work.

Skipping past the tech giants might not be such a gamble, in any case. According to one former recruiter for Google, most candidates who turn down the company stay on its radar.

In some cases, it will keep trying to hire them for the rest of their lives.

(Note: If you’re a student who is interested in participating in Neo Startup Connect, the outfit opened registration today and will be screening candidates through the end of June. Partovi says the plan is to accept and try to place roughly 150 individuals.)