With the new MacBook, Apple closes one of the more unfortunate product chapters in its history. The upgraded 13-inch mercifully marks the end of the failed five-year experiment that was the butterfly switch.

I won’t go into too much detail here. If you’ve purchased a MacBook in the past several years, you almost certainly know what I’m talking about — the keys that stuck, the others that seemed to fire at random. I had at least one compressed air emergency myself while setting up to liveblog at a competitor’s press event.

After a few attempts to salvage the technology, Apple finally scrapped it, going back to basics and returning to the trusty old scissor switch. I’m typing on it now, and it’s seriously making me reconsider upgrading my four-year-old machine. Honestly, the laptop is in perfect shape otherwise, but man, those keys. It always felt too much like typing on a flat surface.

With this week’s news, the 13-inch becomes the third and final member of the MacBook family to get the new keyboard. It’s not “Magic” as the name implies (Apple really does love the M-word), but improvements are immediate and vast. The experience is considerably softer to the touch and quieter than previous versions, and the one millimeter of key travel is much easier on the hands. 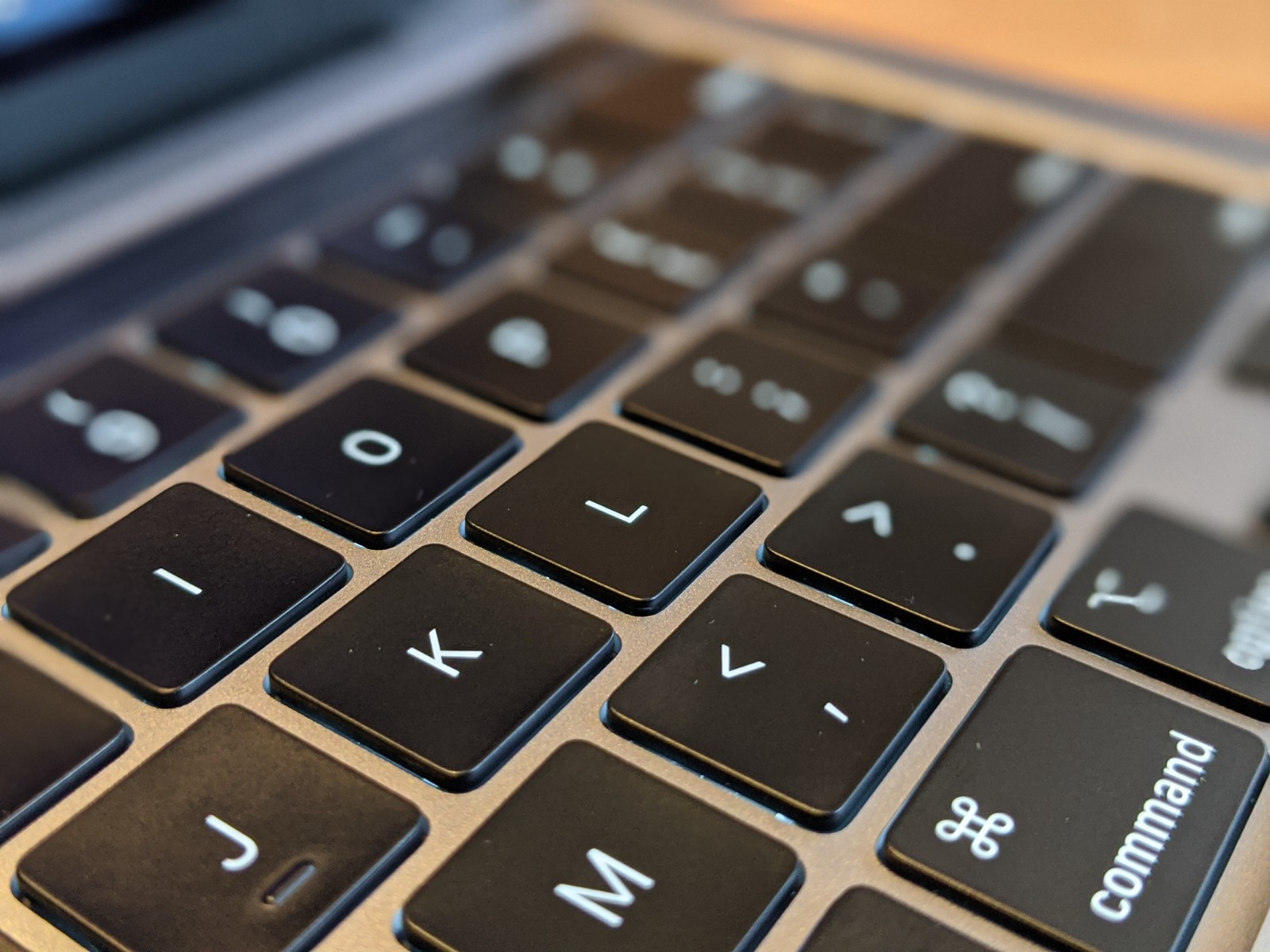 There are other nice touches, here, including the addition of a dedicated Escape key. It’s a small but welcome consolation that the Touch Bar can’t do everything.

I realize I’ve just spent the first several paragraphs focusing on the keyboard. Silly, I know, but why bury the lede? After all, without it, the new MacBook would be a fairly standard MacBook upgrade (nothing wrong with that, but that’s just how these things work). With it, it’s a far more compelling invite for those who have been on the fence about an upgrade.

The system is visually identical to earlier models. Same familiar unibody metal design in silver or space gray. Same 13.3-inch, 2560 x 1600 Retina display. It’s also, for that matter, same as you’ll find on the Air, though the 13-inch’s is 500 nits vs. the Air’s 400. It’s brighter and easier on the eyes, if a bit tougher on battery life. Rumors had the company upgrading the device to a 14-inch, inline with the larger 16-inch model and further distinguishing it from the Air, but that was not to be this generation. 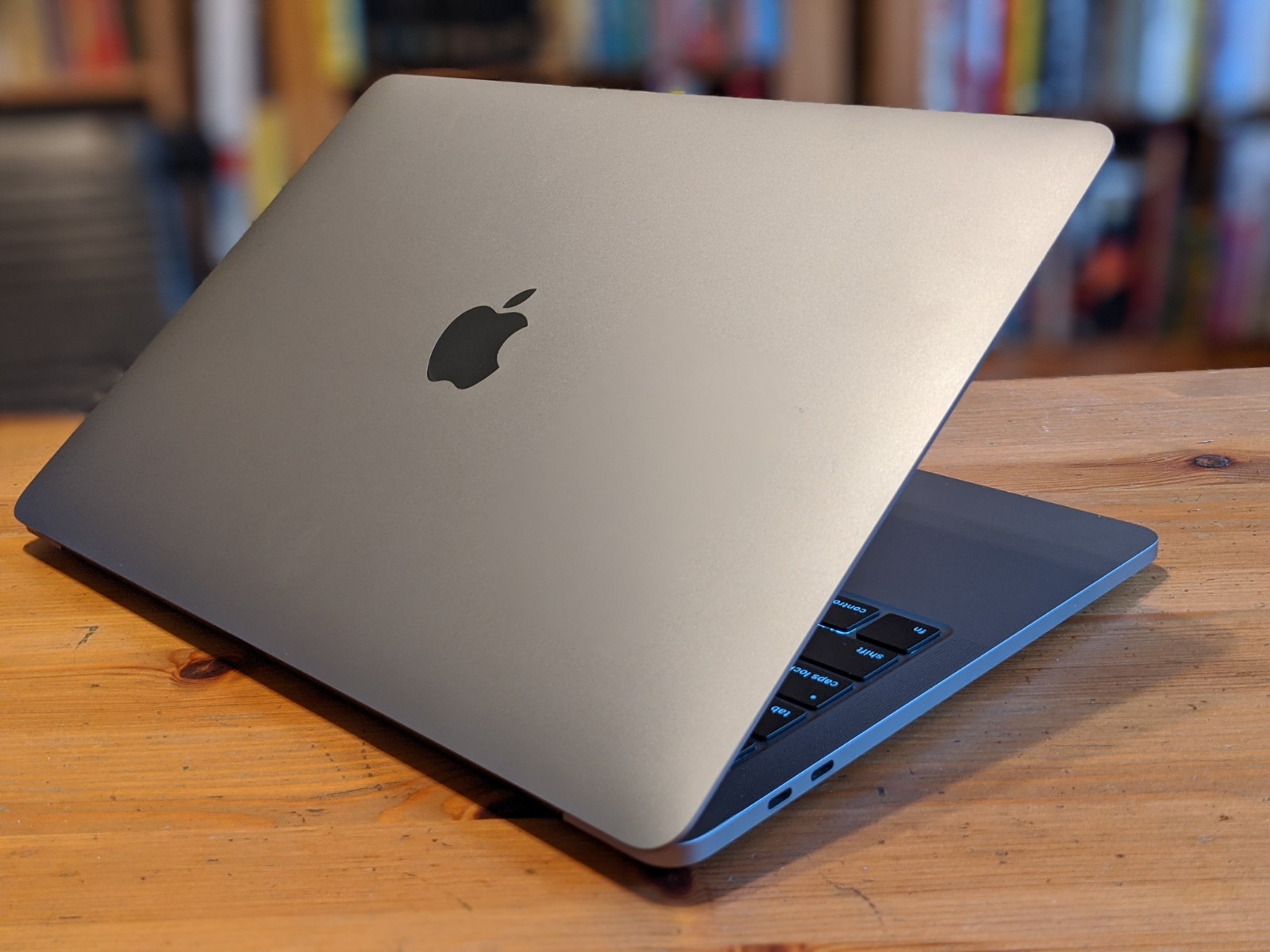 Same ports (4x Thunderbolt 3/USB and headphone jack). It’s a solid laptop that’s become a daily driver for so many of us. Really, the only complaint I would level against it is that the company hasn’t done a lot to distinguish the outside of the machine from the $300 cheaper Air (the Air starts at $999, the Pro at $1,299), beyond port count.

Of course, it’s what’s inside that counts. That’s what my mom tells me, at least. Curiously, the Air ships with a 10th-gen Core i7, which the entry-level pro has an 8th gen, upgradable to 10th gen. Of course, the Pro’s processor is quad-core by default (versus the Air’s dual) and 1.7GHz (to the Air’s 1.2). Our system as configured sported the 2 GHz 10th-gen quad-core i5.

In a lot of ways, the systems start from a similar place, but the the Pro can be specced out for better performance more befitting the Pro moniker. If you’re opting for the Pro over the Air, it’s likely you need more processing power for things like video editing or perhaps some gaming, so you’ll want to upgrade over the base-level to make sure you’re covered. The Pro’s battery life is rated at up to 10 hours to the Air’s 11. Out of the box, I got several hours of life, doing work and listening to music, but like the Air’s claims, 10 hours is definitely a stretch here with everyday usage. 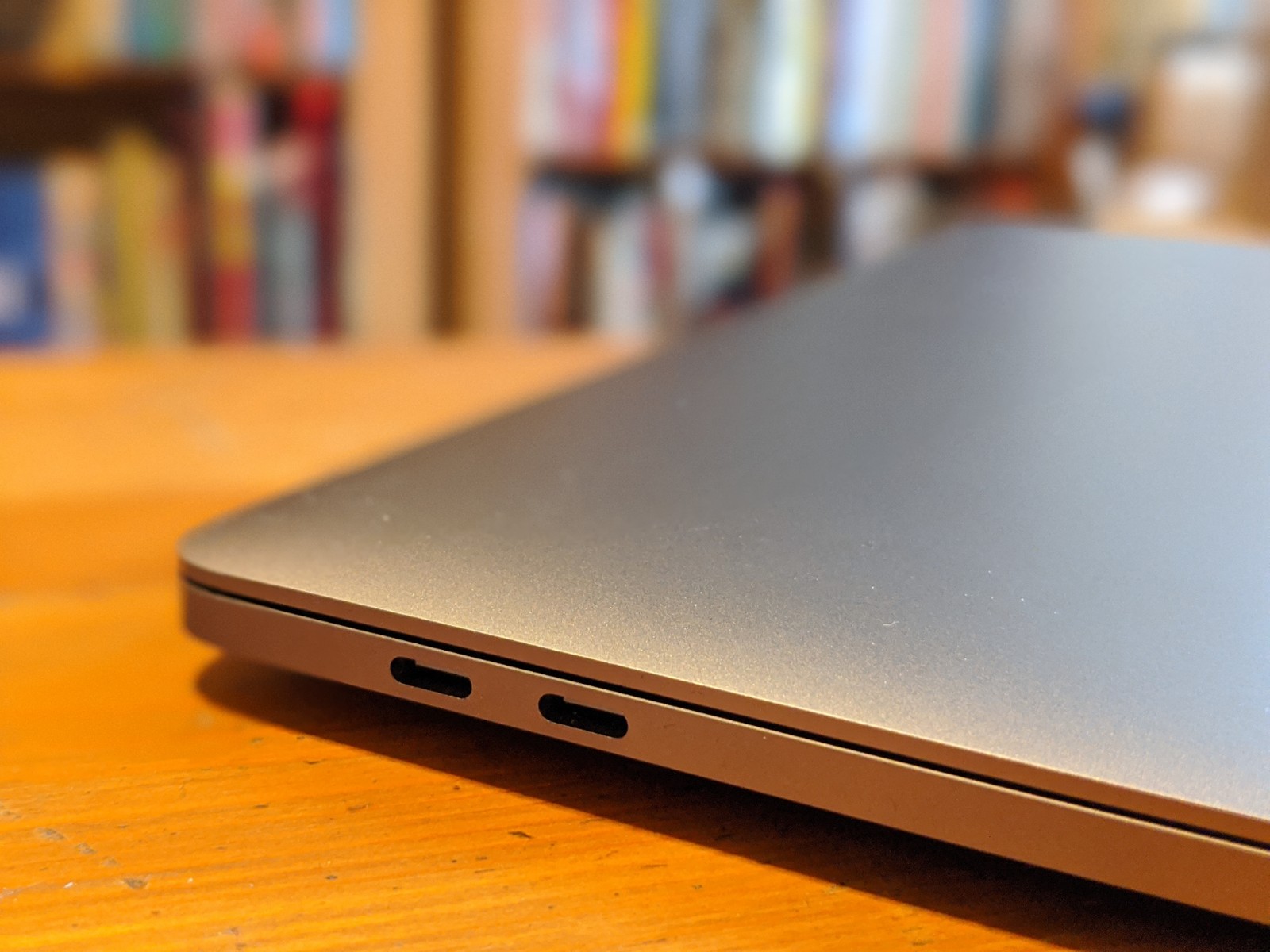 Again, the biggest drawback of the 13-inch Pro is that the improved Air blurs the product lines in a number of ways. But that device is thinner, lighter and $300 cheaper. The case for choosing the pricier device isn’t as clear as, say, the decision between the 13-inch and 16-inch models.

For most users, the Air should be plenty for most tasks. For those who need more power without breaking their backs or banks, however, the 13-inch model is still a strong and safe bet that’s now much easier on the fingers.