Got something in your medical history that first responders should know about if you call 911? Things like known drug allergies, or the medications you’re on?

The iPhone and Apple Watch will soon be able to share this information with first responders automatically (if you opt to let it do so).

When a user with this feature enabled calls 911, Apple will ping their location to determine if the local 911 dispatch supports “Enhanced Emergency Data” — a service the company first started building out a few years back to tell emergency services where you’re calling from. If it does, your Medical ID info (as set up in your Health app) will be shared with emergency services accordingly. 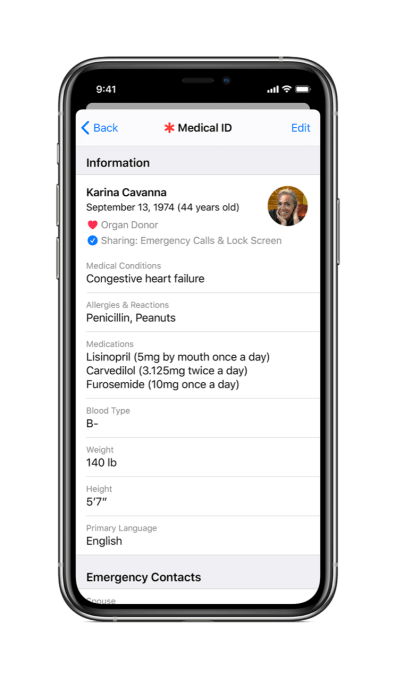 It’ll also work with the Apple Watch’s Fall Detection feature, which can automatically call 911 if it detects that the wearer has fallen and is now immobile.

The feature was rolled into the beta build of iOS 13.5 this morning, and Apple says it should ship to everyone in “the coming weeks.”

This is a super logical feature, and one that’ll almost certainly save lives. People are rarely in the calmest state when calling 911, and most people wouldn’t think to say “Oh, and hey by the way, I have an allergy to [medication here]” if they’re worried they’re about to pass out — and that’s something first responders really should know.