Volvo Cars will start producing vehicles in 2022 that are equipped with lidar and a perception stack — technology developed by Silicon Valley startup Luminar that the automaker will use to deploy an automated driving system for highways.

For now, the lidar will be part of a hardware package that consumers can add as an option to a Volvo’s second-generation Scalable Product Architecture vehicles, starting with the XC90. Volvo will combine Luminar’s lidar with cameras, radar, software and back-up systems for functions such as steering, braking and battery power to enable its highway pilot feature.

Volvo, which is known for making its advanced safety features standard, sees a bigger opportunity in its partnership with Luminar. The Swedish automaker said Luminar will help it improve advanced driver assistance systems and may lead to all of its second-generation Scalable Product Architecture (SPA2) vehicles to come with lidar as a standard feature.

Volvo said it will take full liability for the automated driving system.

Luminar and Volvo didn’t reveal how much this highway pilot package might cost. Luminar has previously said its Iris lidar unit will cost less than $1,000 per unit for production vehicles seeking full autonomy and about $500 for version used for more limited purposes like driver assistance.

The announcement is a milestone for Luminar and its whiz founder Austin Russell, who burst onto the autonomous vehicle startup scene in April 2017 after operating for years in secrecy. It also makes Volvo the first automaker to equip production vehicles with lidar — the light detection and ranging radar that measures distance using laser light to generate a highly accurate 3D map of the world around the car.

Luminar’s Iris lidar sensors — which TechCrunch has described as about the size of really thick sandwich and one-third smaller than its previous iterations — will be integrated in the roof. The sensor’s tucked away placement is a departure from the bucket style spinning lidars that have become synonymous with autonomous vehicle development. 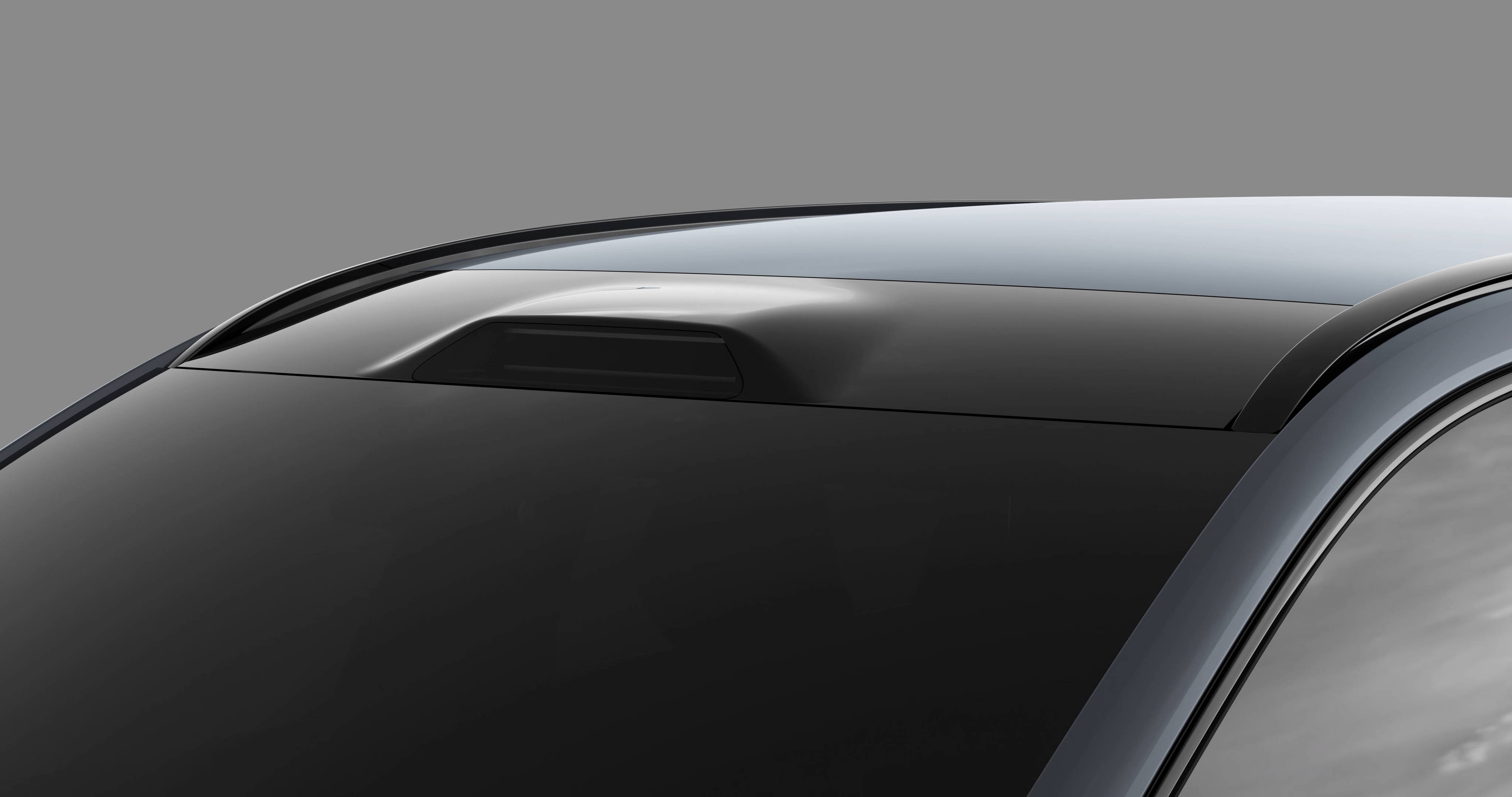 Shipping a vehicle with the proper hardware and perception stack doesn’t mean customers will be able to let their Volvo take over driving on highways from the get go. The software, which is being developed by Zenuity, is still underway, Volvo CTO Henrik Green said.

The software will be activated wirelessly once it is verified to be safe in individual geographic locations. Volvo will continue to expand the capability of the software such as pushing up the maximum speed a vehicle can travel while driving autonomously. This hardware first-continual software update strategy is similar to Tesla, which has sold an automated driving package to consumers for years that has improved over time, but still does not allow for so-called “full self-driving.”

“Soon, your Volvo will be able to drive autonomously on highways when the car determines it is safe to do so,” Green said. “At that point, your Volvo takes responsibility for the driving and you can relax, take your eyes off the road and your hands off the wheel. Over time, updates over the air will expand the areas in which the car can drive itself. For us, a safe introduction of autonomy is a gradual introduction.”

A turning point for lidar

Lidar sensors are considered by many automakers and tech companies an essential piece of technology to safely roll out autonomous vehicles. In the past 18 months, as the timeline to deploy commercial robotaxi fleets has expanded, automakers have turned back to developing nearer term tech for production vehicles.

“It’s a very isolated problem to solve and becomes a lot more solvable in a safe way than trying to solve autonomous driving through the inner city of Los Angeles or San Francisco,” Green said. “By narrowing the use case to those particular highways, we can bring safe autonomy into vehicles for personal use in the timeframe we’re talking about.”

Advanced driver assistance systems, or ADAS, that was pushed aside in pursuit of fully autonomous vehicles has become a darling once again. It’s prompted a pivot within the industry, particularly with lidar companies. Dozens of lidar startups once grappling to become the supplier of choice for fully driverless vehicles are now hawking their wares for use in regular old passenger cars, trucks and SUVs. Some lidar startups such as Luminar have developed the perception software as well in an effort to diversify their business and offer a more appealing package to automakers.

The companies will deepen their collaboration to ensure Luminar’s lidar technology is validated for series production. Volvo Cars said it has signed an agreement to possibly increase its minority stake in Luminar.

Luminar built its lidar from scratch, a lengthy process that it says has resulted in a simpler design and better performance. The company made a leap forward in April 2018 with the introduction of a new lidar unit that performs better, is cheaper and is able to be assembled in minutes rather than hours. Luminar also acquired Black Forest Engineering as part of its strategy to improve the quality along with efficiency. And it opened a 136,000-square-foot manufacturing center in Orlando, Florida, where it does all of its engineering and development as well as the mass manufacturing.

The startup has continued to improve its lidar as well as attract investors. Luminar announced last year it had raised $100 million, bringing its total to more than $250 million. The company unveiled a perception platform and its compact Iris lidar unit, which will now go into the Volvo.

“This is really kind of the holy grail that we’ve been working towards for the entire course of the business,” Russell said.