Nigerian startup Helium Health sits in a good position during a difficult period, according to its co-founder.

The Lagos based healthtech venture is in the black, has batted away acquisition offers, and just raised a $10 million Series A round, CEO Adegoke Olubusi told TechCrunch.

The startup offers a product suit that digitizes data, formalizes monetization and enables telemedicine for health care systems in Nigeria, Liberia, and Ghana.

Helium plans to use the latest funding round to hire and expand to North and East Africa, including Kenya, Rwanda, Uganda and Morocco, Olubusi confirmed on a call.

He co-founded the startup in 2016 — with Dimeji Sofowora and Tito Ovia — to bring better delivery of medical services in Nigeria and broader Africa.

“It’s really about tackling three core problems that we see in the healthcare sector in Africa: inefficiency, fragmentation and a lack of data,” said Olubusi.

When he and co-founders Sofowora and Oviato set out doing research for Helium, they noted a data desert on medical info across the continent’s healthcare infrastructure.

“We figured out very quickly that that is a long term problem to solve. And the best way to get the data and access to it is to give simple technology to the providers and let them use it to make their lives more efficient.”

Helium Health has since developed several core product areas for healthcare entities with application for providers, payment, patients, and partners.

As part of the latest financing, the startup is launching several new products — such as the MyHelium Patient app to facilitate appointments and information sharing between healthcare providers and citizens. 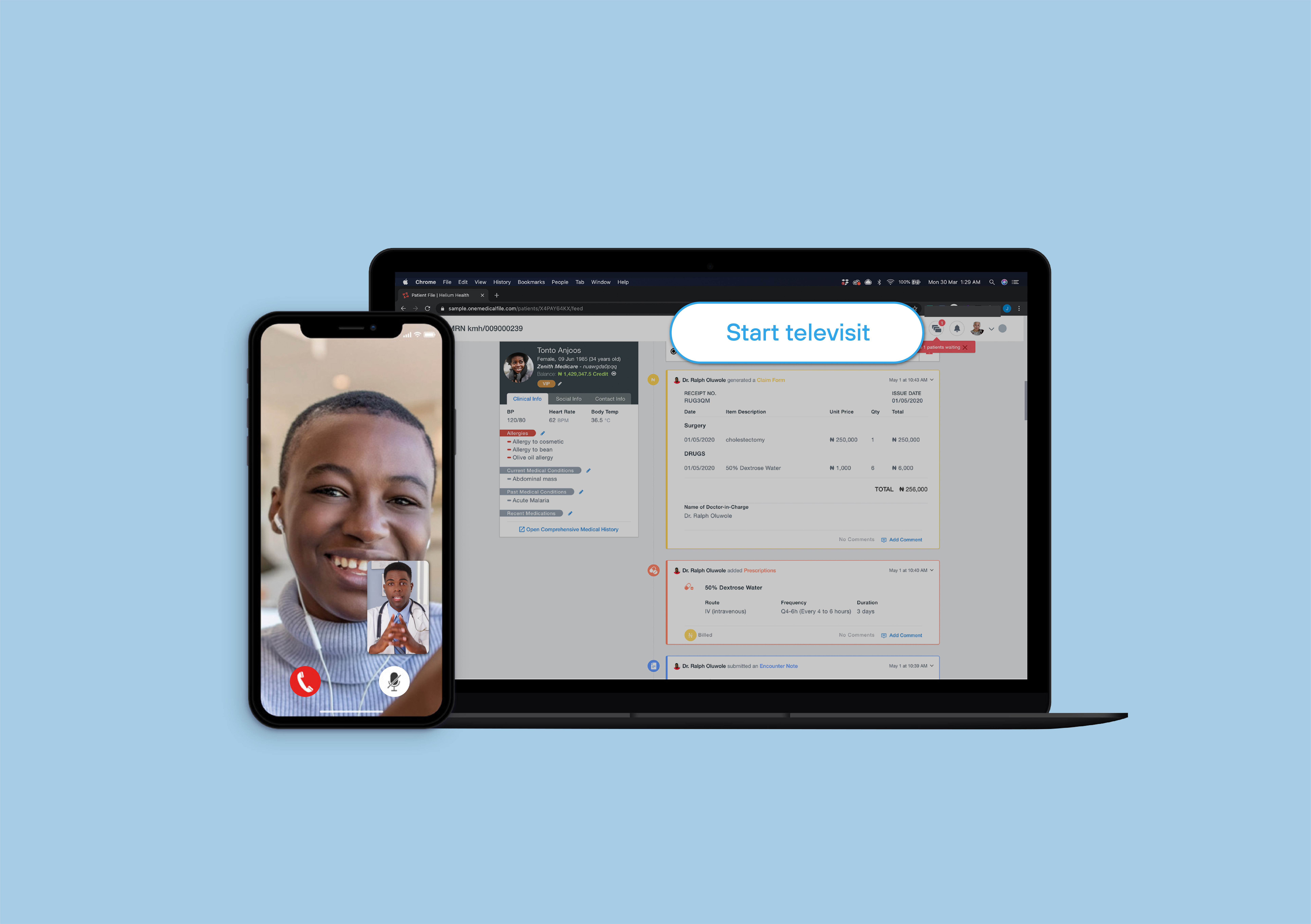 Helium also accelerated deployment of a telemedicine platform in response to the coronavirus hitting Nigeria and the lockdowns that ensued.

“In the last three weeks since we launched we’ve had roughly 360 hospitals sign up, and they’ve had thousands of [online] visits already,” Olubusi said.

Helium Health generates revenues by charging percentages and fees on its products, services and accompanying transactions. Current clients include several hospitals in the West Africa region, such as Paelon Memorial in Lagos.

Helium Health’s model got the attention of the startup’s $10 million Series A backers and Silicon Valley accelerator Y-Combinator — which accepted the startup into its spring 2017 batch.

Global Ventures General Partner Noor Sweid confirmed the Dubai based fund’s co-lead of the $10 million round and that the firm will take a Helium Health board seat.

The path of the startup’s CEO —  Adegoke Olubusi — to becoming a tech founder passed through the U.S. and traditional corporate roles. He went to Maryland in 2014 to complete an advanced degree in engineering at Johns Hopkins University, then did a stint at Goldman Sachs before landing positions in big tech with eBay and PayPal.

Olubusi found work with big corporates less than stimulating and gravitated to forming his own company and returning to Nigeria.

“When I was at eBay and Goldman I was really bored and I wanted to do something more challenging,” he said. “We thought, ‘why don’t we pick a problem that is a long-term problem in Africa,'” Olubusi explained. 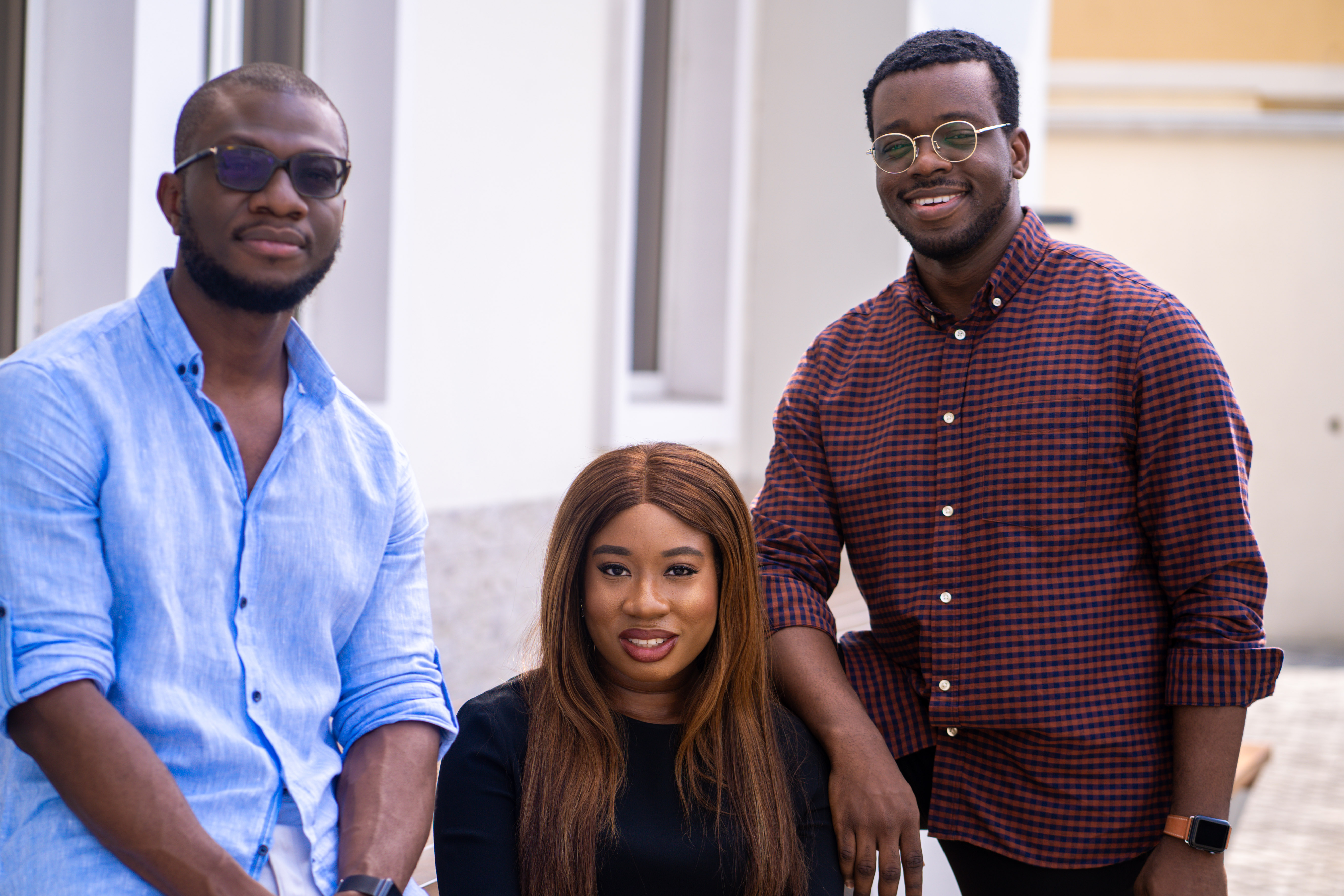 The founder believes the products Helium Health creates can improve the poor health care stats in countries such as Nigeria — which stands as Africa’s largest economy and most populous nation.

Nigeria also ranked 142nd out of 195 countries on health performance indicators in The Lancet’s 2018 Healthcare Access and Quality Index.

Better monetization and organization of hospitals could lure more doctors back to African countries, he believes.

“Half my family are doctors but none of them practice in Nigeria. Everyone’s practicing all over the place, but Nigeria,” Olubusi said.

The founder also sees a more digitized and data driven health care sector as something that can draw more entrepreneurs to African healthtech. Compared to dominant sectors, such as fintech, health related startups in Africa gain a small percentage of the continent’s annual VC haul — only 9.3% by Partech’s 2019 stats.

“There are people who want to invest in the market but they can’t…and founders can’t really tackle a healthcare problem because they don’t know what’s going on,” he said.

As for his venture, Olubusi expects growth even given the precarious economic outlook COVID-19 is creating for countries, such as Nigeria — which is expected to enter recession this year.

The coronavirus and lockdowns are shining a light on the country’s healthcare inadequacies (according to Helium Health’s CEO) that people can’t ignore, including the elite.

“This is the first time they can’t get on their jet and leave so they have to go to the hospitals we have. The system was neglected for the last few decades because people had that [previous] option,” said Olubusi.

“I’m hoping this coronavirus crisis will be a period that forces everyone to rethink what we’re doing [on healthcare].”

That could lead to more business for Helium Health.

The startup doesn’t release financial information but has positive net income. “We do generate revenues in millions of dollars and are profitable,” Olubusi said.

Helium Health has received acquisition offers, but declined them, according to its CEO. Olubusi and team intend to grow the venture to the point where it can list on a global exchange.

“We know this is the kind of business we can take public, without having to sell,” he said.