Meet Kairn, a new startup coming out of stealth today with a sneak peek of what the company has been working on. As Wunderlist shuts down, Kairn wants to prove that there’s still room for an innovative task-management service.

“We’re building a task manager that is smart and focused on capturing tasks,” co-founder and CEO Patricia Bernasconi told me. The startup is backed by eFounders, a startup studio that has been building popular software-as-a-service startups over the past few years.

And it starts with three integrations with third-party services — Slack, WhatsApp and Gmail. If you star an email conversation in Gmail, it’ll automatically create a task in Kairn. Similarly, if you star a message in Slack, it’ll end up in your to-do list. With WhatsApp, you can forward a message to a bot to capture it in Kairn.

“You don’t have to switch apps constantly and you create tasks on the fly,” Bernasconi said.

And you can always trigger the Kairn quick add window on your computer to add a task when you’re using another app. The idea is that it should be as easy as possible to enter tasks in your task repository — Kairn in this case. 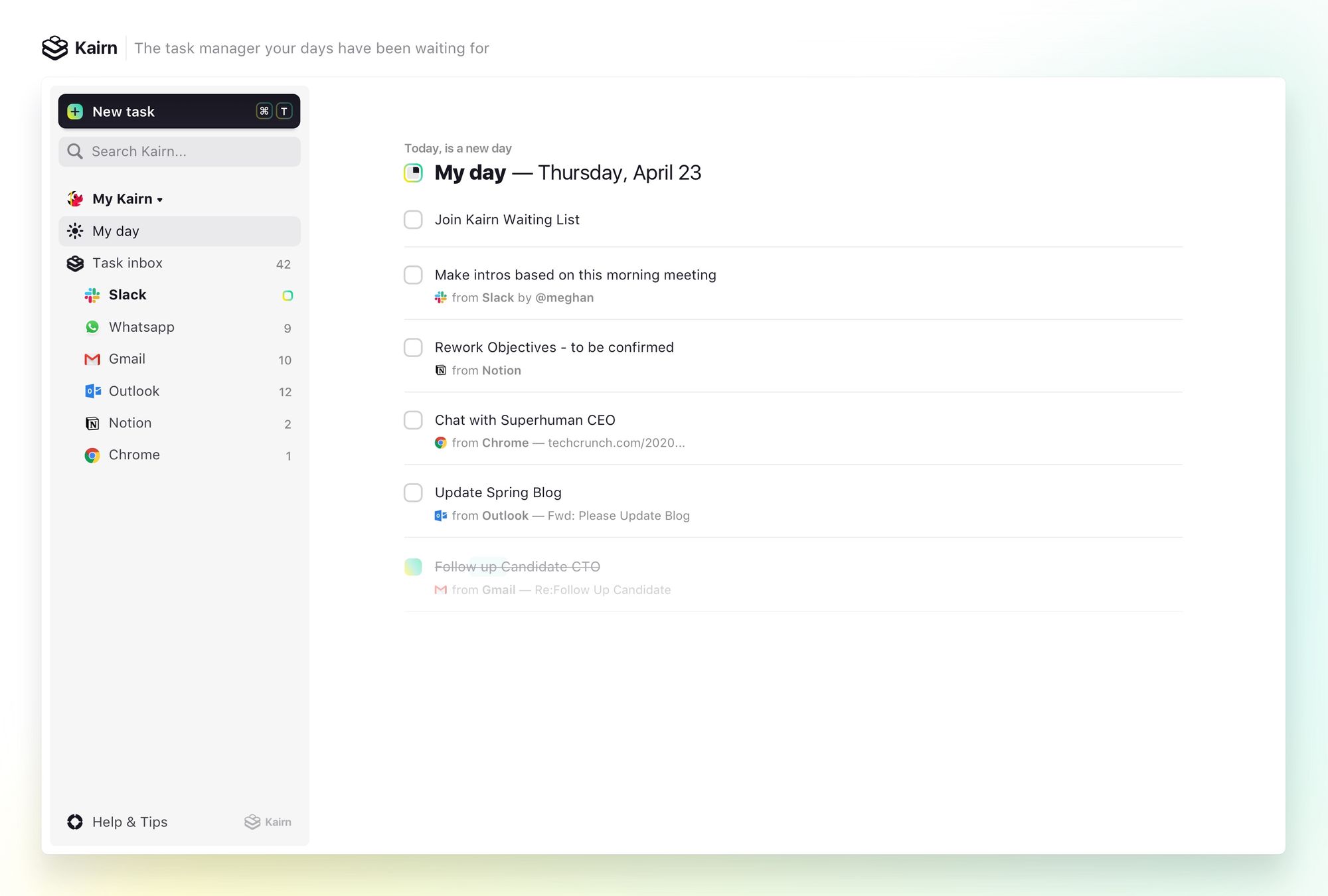 After that, you can open the main Kairn desktop app and dig through your task inbox to see what you should do. You can filter tasks by origin application and you can click on a task to look at the context of an email thread or a Slack message, for instance.

Kairn then lets you move tasks to the main list, “My Day.” It works pretty much like Wunderlist or Microsoft To Do — once per day, you can curate a list of tasks and then go through the list during your day.

The product is quite new, as the company started development in April — beta testing will start in the coming weeks. But the idea is to iterate quickly and release new features as soon as they’re ready.

For instance, the mobile app is still in the works. There will be more ways to add tasks in the future as well. You could imagine highlighting text in your browser to create a task based on that text selection.

Over time, Kairn wants to become a full-fledged task-management service. You’ll be able to assign tasks and use it for complex project management scenarios. We’ll keep an eye on the startup to see where they’re heading. 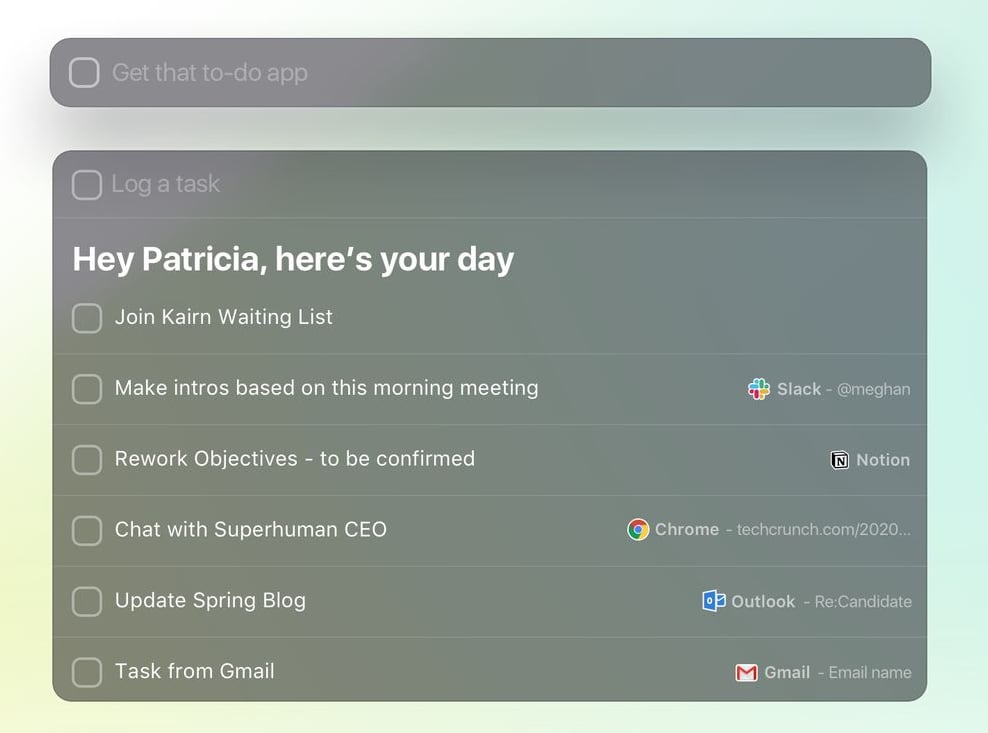