Xiaomi today launched a new e-commerce service in India that allows people in the nation to easily browse and order its handsets and other products from nearby physical retail stores as the Chinese giant rushes to kickstart its sales in its biggest overseas market.

Dubbed Mi Commerce, the service allows people to locate nearby stores that are either run by Xiaomi or those that have tie-ups with the company and browse smartphones, TVs, electric lamps, and a range of other products.

Users can express their “interest” to purchase the selected item through the app that would prompt the retail store to place a confirmation call. The retail store would deliver the item and then process the payment, Xiaomi said. A spokesperson told TechCrunch that Mi Commerce is available only in India currently.

Xiaomi has also launched a WhatsApp Business account that operates on a similar flow. Users can send a message to +91 8861826286 to initiate the conversation with retail stores through Facebook-owned service. 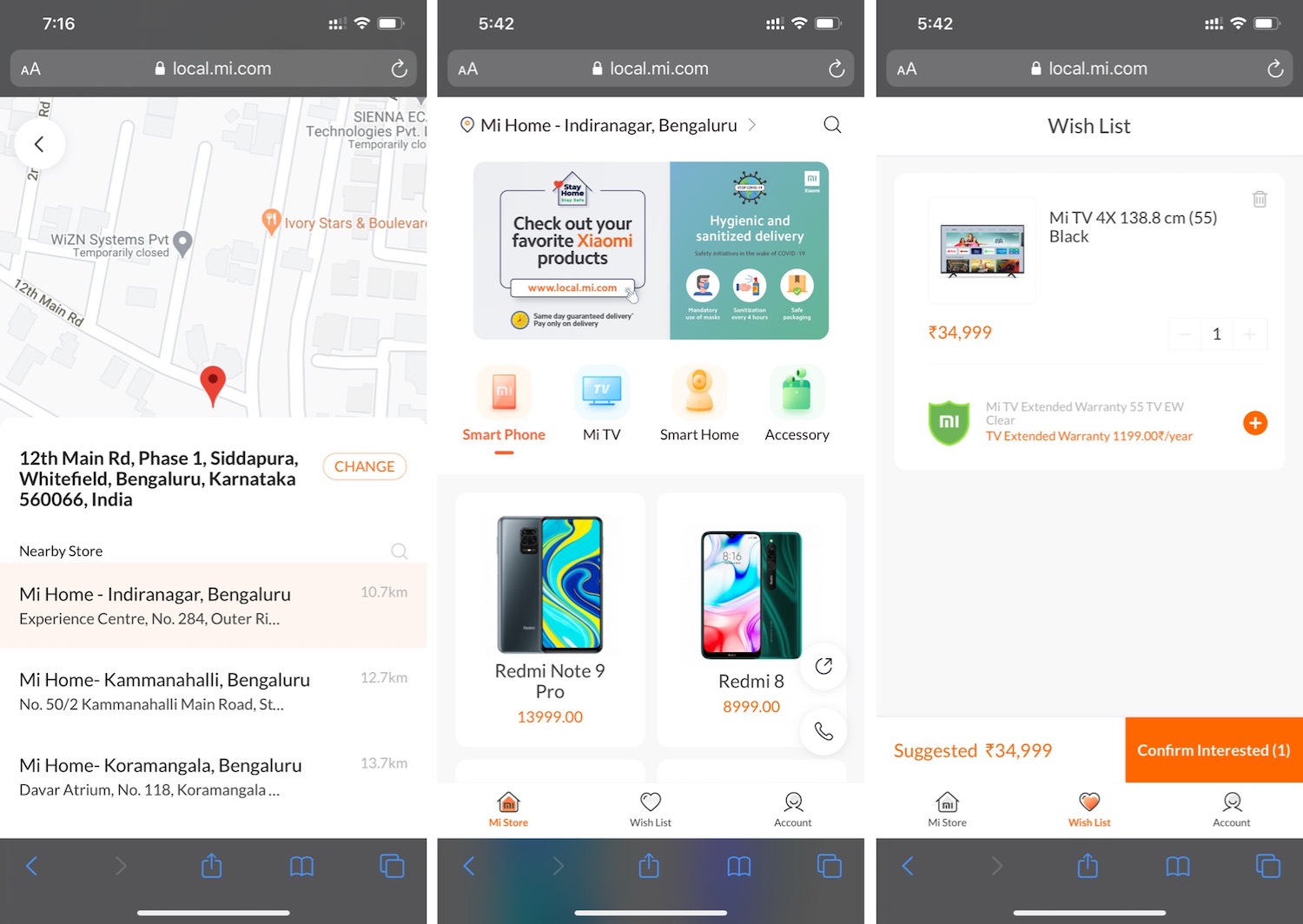 The shift to what is often described in the industry as an online to offline model comes as Xiaomi, like other smartphone vendors, looks to make up its lost sales in recent weeks. India ordered a nationwide lockdown in late March that shut retail shops, and restricted e-commerce firms to only service grocery orders.

According to Hong Kong-headquartered research firm Counterpoint, no smartphone units were sold in India, the world’s second largest smartphone market, in April.

In a call with reporters, Xiaomi executives said they were hopeful that the Indian market would attain at least 80% of its momentum by the end of the year. Counterpoint slashed its smartphone projections for India last month, saying it now expects the market to shrink by 10% this year. Indian smartphone market has consistently grown year-by-year in the last decade.

Xiaomi said it was working with the government for an update on the resumption of smartphone manufacturing plants that are also shut since the lockdown was ordered in March. The company executives said they currently have inventory to meet demand for three to four months.

The Chinese giant is also providing working capital to its retail store partners, it said.

Samsung, which lost the tentpole position in India’s smartphone market to Xiaomi in 2018 and recently the second spot to Vivo, did not respond to TechCrunch’s request for comment on any similar efforts it has made — or not made — in India.

On Monday, e-commerce firms including Amazon and Walmart in India resumed their service for people in more than 80% zip codes in the country. A lockdown would remain in place for another two weeks in India, but New Delhi has eased some restrictions.