For all of its strengths, Google hasn’t exactly led the way in podcasting. After years of letting third-party developers dominate the category on Play, the company finally introduced its own Podcasts app. Since then, however, it’s been largely eclipsed by Spotify as second place to Apple’s longstanding efforts.

This morning, however, the company is taking another important step. Google Podcasts is finally getting some key analytics for producers by way of the Google Podcasts Manager tool. Show owners will be required to go through a verification process (similar to those you’ve likely already gone through for iTunes and Spotify), before gaining access to engagement metrics. 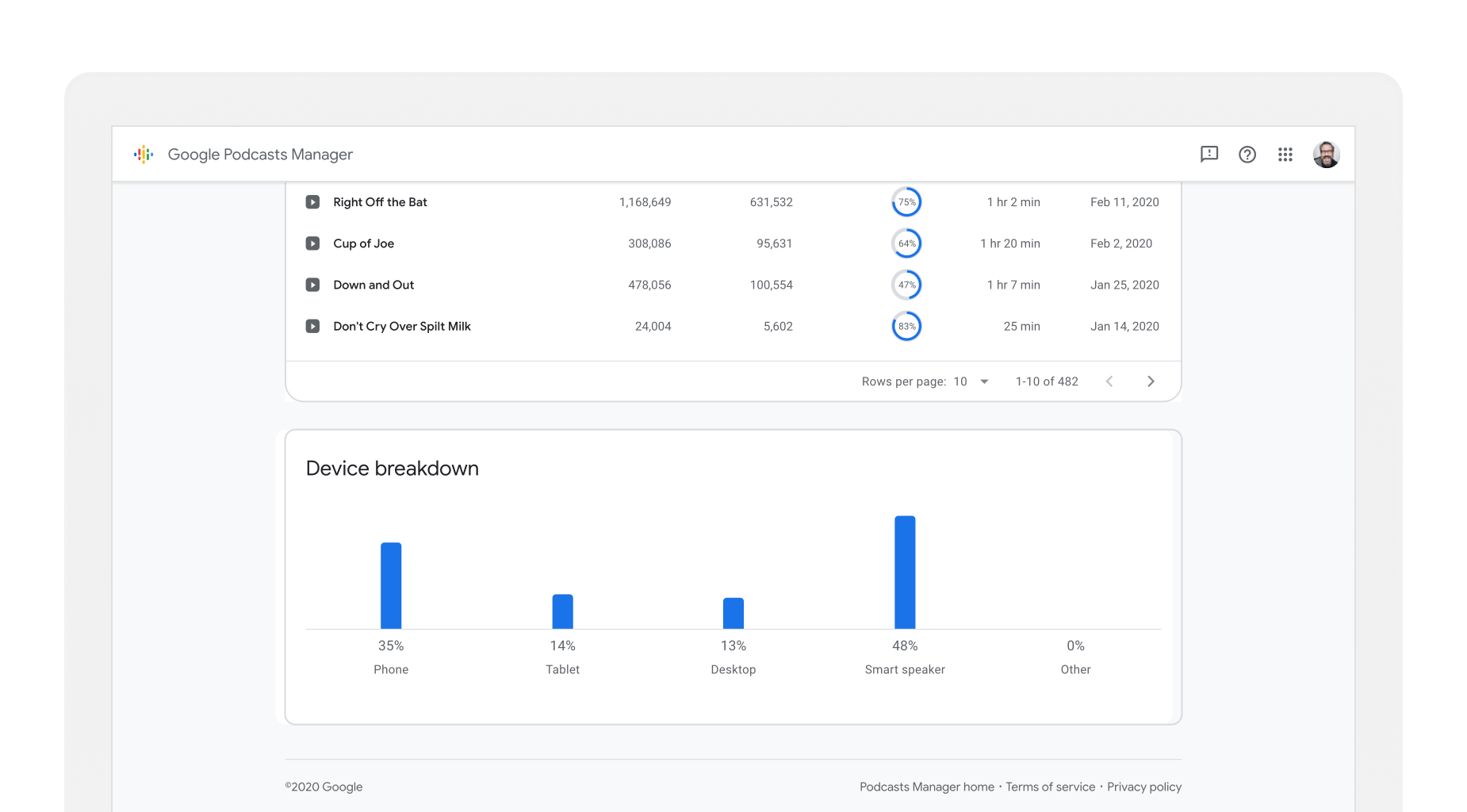 The tracking looks to be fairly extensive, down to where listeners tune in and drop off during a given episode, along with standard figures like total number of listens and listening duration. The app will also show how people listen, be it through smartphone, tablet, desktop or smart speaker.

The new feature follows the recent Podcasts redesign, along with the app’s debut on iOS.