Facebook is expanding its Community Help hub to better serve local communities amid the COVID-19 pandemic. The hub has already seen significant usage by those requesting food, supplies and information about local resources, as well as use by volunteers and groups willing to lend a hand. Now, Facebook is adding more features to the hub to allow people to support local businesses, blood banks, nonprofits and more.

As part of Facebook’s efforts with Giving Tuesday, it will roll out these new additions on May 5th, it says.

Typically, the Giving Tuesday charitable giving event is held on the Tuesday after Thanksgiving in the U.S. — after Black Friday and Cyber Monday sales wrap. But in response to the unprecedented need caused by the pandemic, Giving Tuesday announced an emergency day of giving, called Giving Tuesday Now.

This new event happens tomorrow, May 5th, and already has a number of partners and supporters, including Facebook, as well as PayPal, America’s Food Fund, Ford, Bill & Melinda Gates Foundation, CDC Foundation, LinkedIn, United Way, GoFundMe and many others. 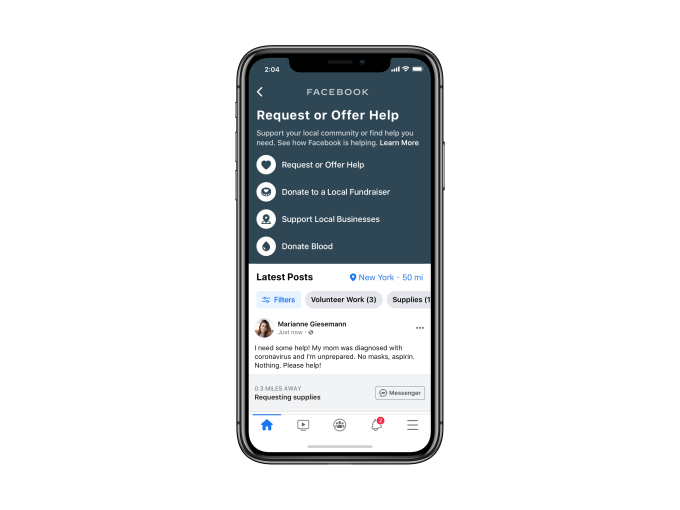 Starting tomorrow, Facebook users will be able to go to Community Help at facebook.com/covidsupport in order to buy gift cards to local businesses, sign up to donate to local nonprofits and fundraisers, sign up to be a donor at local blood banks and find local job opportunities.

In some cases, Facebook already built the technology and formed partnerships needed to launch these features. For example, Facebook began its work to connect Facebook users with blood banks back in 2017, then expanded the blood donations feature to the U.S. last June. 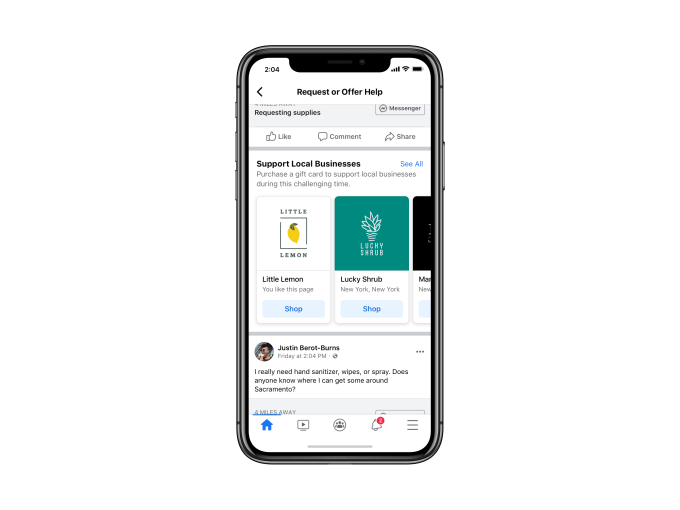 It also offers a fundraising platform of its own and announced last month it was working on tools that would allow businesses to offer gift cards to their customers via its platform. It has been working on its jobs portal since 2018, too.

On Tuesday, these efforts are being centralized in the Community Help hub, which will give them increased visibility. 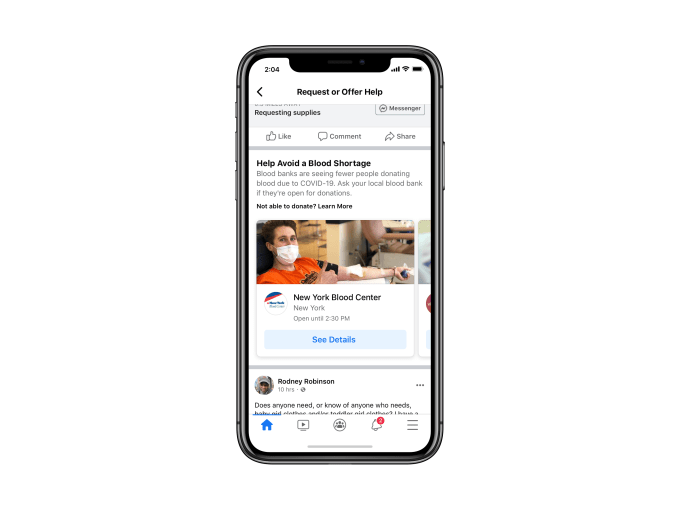 Facebook is not the only platform helping local businesses and nonprofits by rolling out new features.

The revamped Community Help section is live, while the social media campaign about it is live tomorrow, May 5, 2020.