About a year ago, Microsoft launched Visual Studio Online, its online code editor based on the popular Visual Studio Code project. It’s basically a full code editor and hosted environment that lives in your browser.

Today, the company announced that it is changing the name of this service to Visual Studio Codespaces. It’s also dropping the price of the service by more than 50% and giving developers the option to run it on relatively low-performance virtual machines that will start at $0.08 per hour.

In today’s announcement, Microsoft’s Nik Molnar points out that the company learned that most developers who used Visual Studio Online thought of it as being much more than simply an editor in the browser. 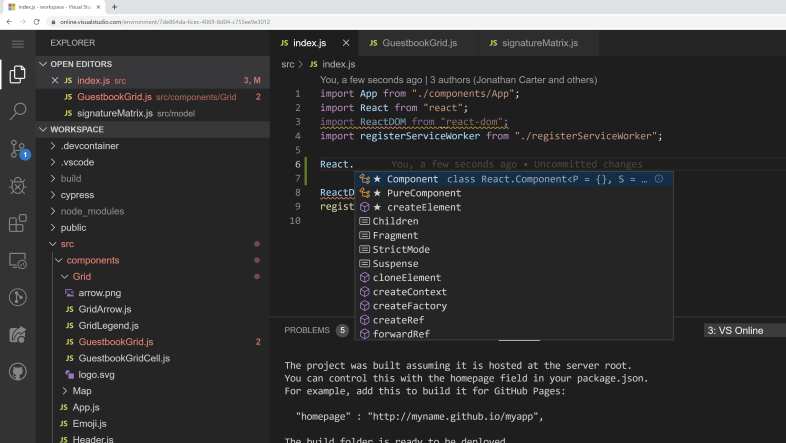 “To better align with that sentiment, and the true value of the service, we’re renaming Visual Studio Online to Visual Studio Codespaces. (It’s true what they say, naming is hard!) Do you want a great experience working on your long-term project? Do it in a Codespace. Need to quickly prototype a new feature or perform some short-term tasks (like reviewing pull requests)? Create a Codespace! Your Codespaces are simply the most productive place to code.”

The new pricing will go into effect on May 19, the first day of Microsoft’s (virtual) Build developer conference. These are pretty significant price drops, down from $0.45 per hour to $0.17 for a machine with 4 cores and 8 GB of memory, for example (you also incur some relatively minor storage costs of $0.0088 for using a 64 GB SDD, too).

Molnar also points out that a lot of developers don’t need quite that much power, so the company is now introducing a Basic plan with a 2-core machine and 4 GB of RAM for $0.08 per hour. Best I can tell, these will go live for around $0.24 per hour today and then see a price cut on May 19, too. Why not launch it at the reduced price? Only Microsoft knows, so we asked and will update this post once they tell us.

Typically, this is the kind of announcement Microsoft would make at its annual Build developer conference. And while some other companies have decided to fully scrap their events and aren’t even hosting a virtual conference, Microsoft is moving full steam ahead with its Build conference in the middle of May. I expect in the near future we’ll hear more about how that event will play out.

Correction: we mistakenly attributed the Microsoft blog post to  Microsoft’s Scot Hanselman, but it was Nik Molnar who wrote it.