The original Pixel Buds weren’t very good. No way around it. Here’s a thing I wrote about them in a review titled “A disappointing debut for Google’s Pixel Buds“: As recently as a couple of years ago, they would have been a contender for the most compelling Bluetooth headphones on the market. But given the strides much of the competition has made, they mostly land with a dull thud.”

And we weren’t alone. Google’s first attempt at wireless earbuds were met with a pretty resounding “meh,” when they arrived in 2017. It’s probably an understatement to suggest that the company went back to the drawing board on this one. The line required a rethink from the ground up.

It took another two and a half years to deliver their successor. And Google seemingly sought to wipe the slate clean entirely, even going so far as not listing a “2” in the name. The new Pixel Buds are simply Pixel Buds. Anything else you remember with that name was clearly a figment of your own imagination. 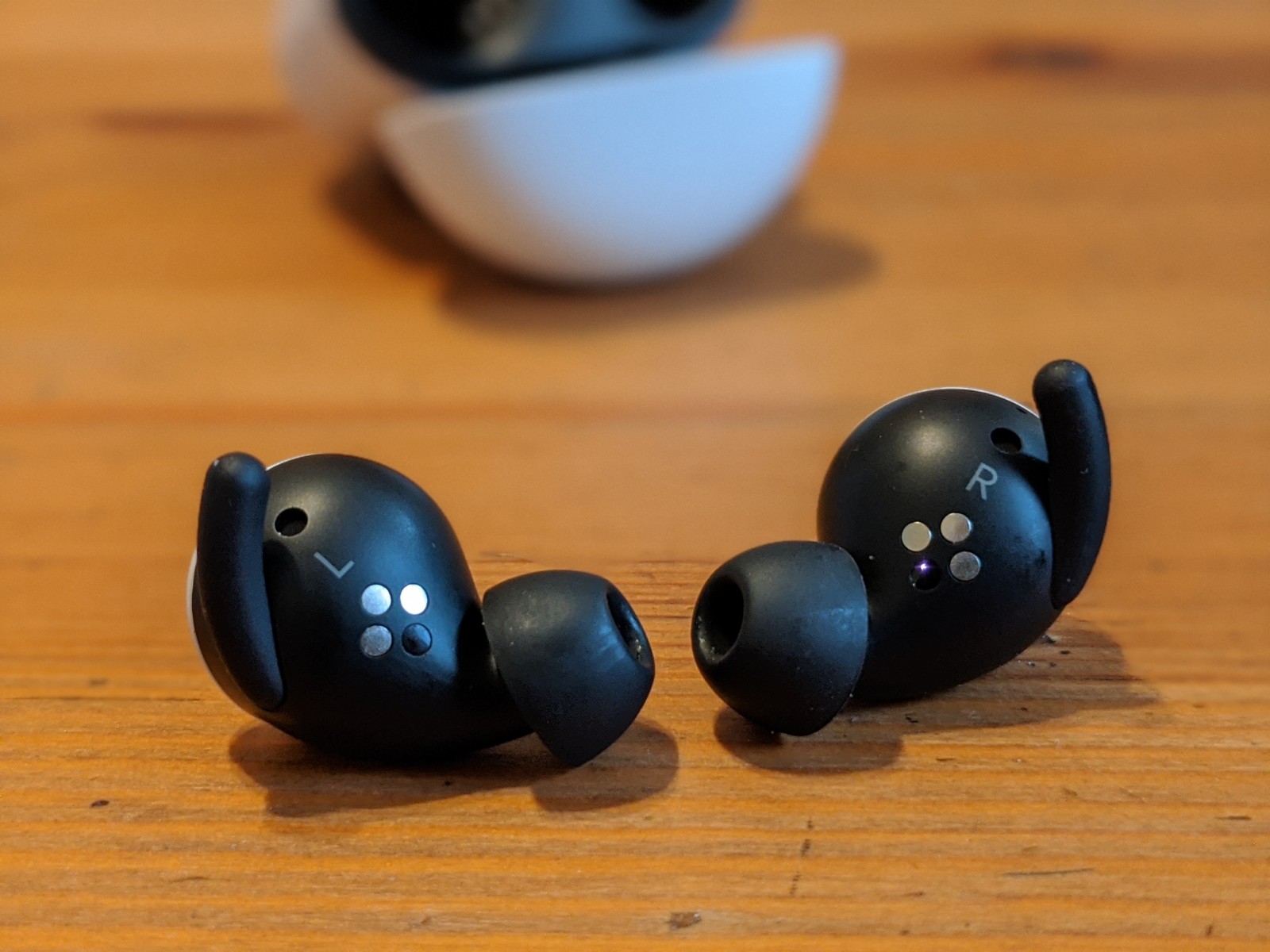 Those original Pixel Buds that definitely didn’t exist already felt outdated when they hit the market. And while a clean slate was certainly required, Google didn’t do itself any favors by waiting that long. The landscape for wireless earbuds has grown by leaps and bounds in that time. The market has been saturated and the products feel more of a necessity than a luxury.

Six months after their introduction at a Pixel event in New York, the Buds are finally available for purchase in the U.S. — in Clearly White, at least. The other, more fun colors — Oh So Orange, Almost Black and Quite Mint — are not yet on the market. A minor quibble for those who have waited this long for a decent pair of Google headphones.

Color issues aside, I’m pretty into the design language here. It feels fresh in a way most earbuds don’t — the case in particular. It would have been easy to knock-off Apple or Samsung or any number of competitors, but the new Pixel Buds manage to pull off a fresh aesthetic built on top of the same basic concept of charging case that’s essentially universal across the board, at this point.

I actually prefer the matte black to the AirPod gloss. It’s better to look at and feels nice to the touch. Jury’s still out on how easily it will scratch. Full disclosure, I haven’t really left my apartment since the Buds arrived — because, well, life. The case is ovular — a flattened egg, if you will. The top of the case opens with an easy flip. There’s a black accent running around the lid, easily showing where to stick your thumb. 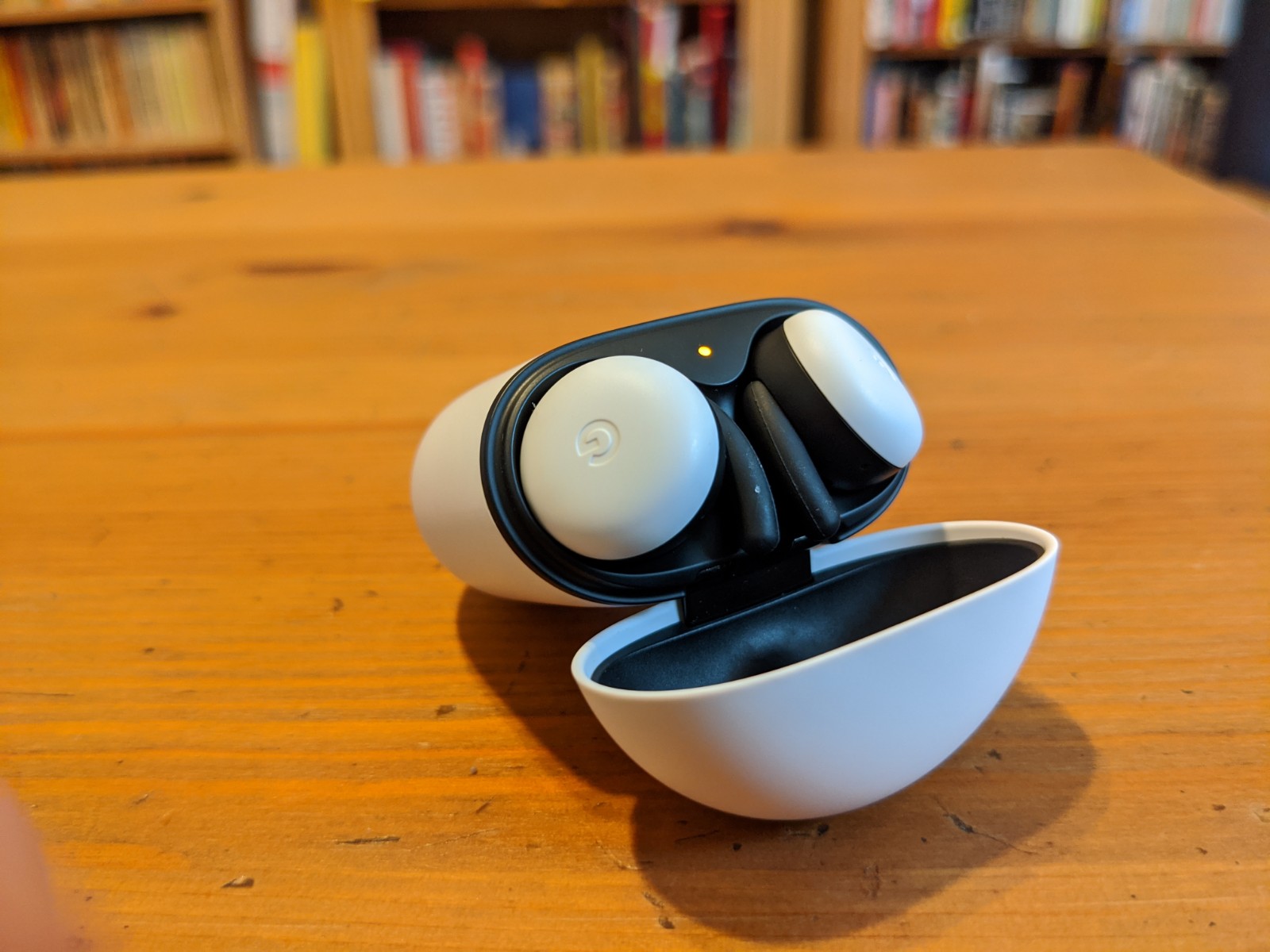 The case is fairly long in relation to the Buds themselves, owing, one imagines, to the size of the battery. All told, the Buds should get 24 hours with the case. There’s a USB-C port on the bottom (they’re wirelessly chargable, too) and a pairing button on the rear. The charging light flips on when open — white for full, orange for low battery.

Flipping the case open with the Buds in will also trigger a pairing dialog box on Pixel phones and other handsets running Android 6.0 and up. It’s a super simple pairing process — one akin to what you’ll get with AirPods on iOS. And once the headphones are registered to you, the box will pop up with the info on your other devices.

The Buds themselves are also aesthetically distinct from most of the competition. They feature a round button surface sporting a small, engraved Google “G.” The surface gives you space for the touch controls, which are as follows:

The Buds felt good in my ears with the default medium tips. There are a larger and smaller pair in the box, as well, so you can play around to get a better fit. They’ve been in for the better part of four hours and my ears feel fine — not something I can say with every pair of earbuds I’ve tested. They’re not too large or heavy, so they don’t pull on or press the ear. There’s also a small, removable silicone wing at the top to keep them in place. 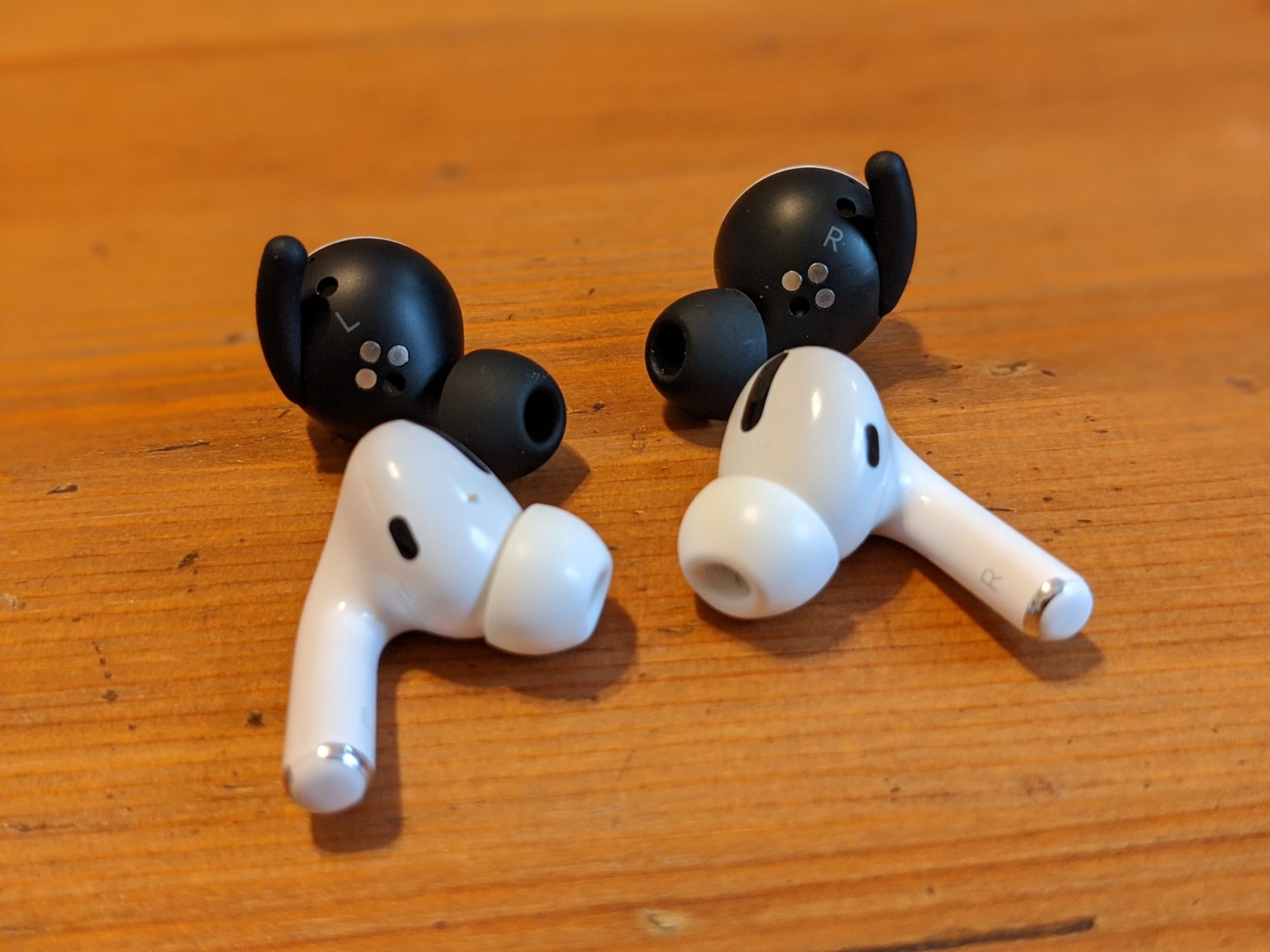 The battery on the buds is a bit lacking. After the aforementioned amount of time, I just got a low battery notification on the right bud. Curiously, they’ve run down at different rates. The right is at 14%, the left at 34%. Time to stick them back in the case for a recharge.

The sound is decent. Not the best sounding pair I’ve tried and certainly not the worst. I’d say they’re pretty middle of the pack in terms of the price point. If audio is (understandably) you’re biggest concern, I’d recommend opting for a pricier model from Sony, Sennheiser or Apple’s AirPods Pro. There’s no active noise canceling here, either. The “Hey Google” microphone array works as advertised whether activated by voice or a long press with a finger. The connection was mostly solid. I was able to keep the music playing while walking into another room, though I did hit a few rough patches here and there. 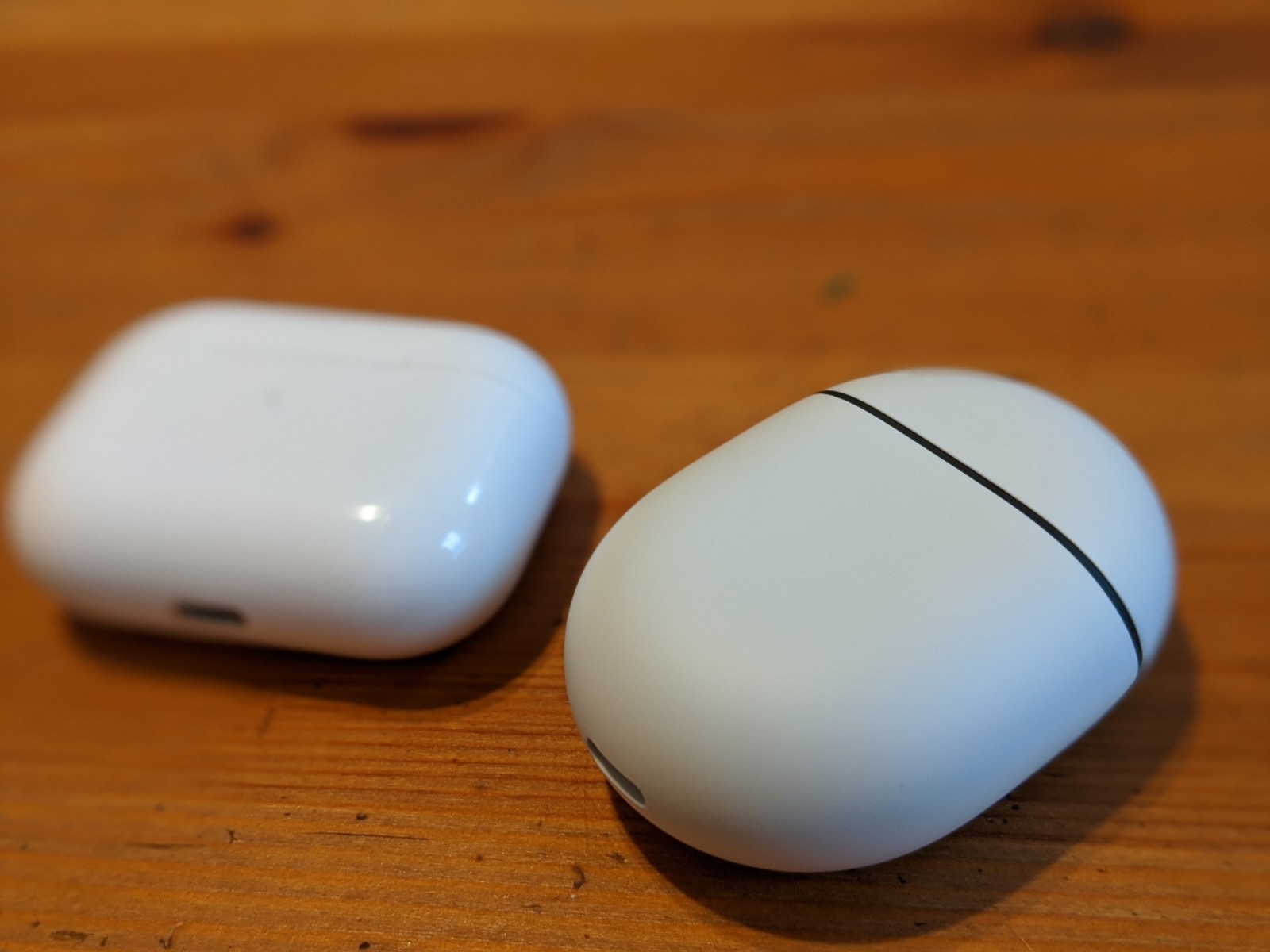 At $179, the new Pixel Buds are priced close to the middle of the pack. That feels about right. The models are a big upgrade over their disappointing predecessors, but are still a pretty middle of the road choice for Android users.