Polestar, the electric performance brand spun out of Volvo, said the base price of its first all-electric vehicle will be $59,900 in the United States, lower than originally targeted.

The company believes the vehicle is well-positioned for a successful entry into the U.S. market thanks to its lower pricing, tax incentives and the ability for customers to buy it online, said Gregor Hembrough, who heads up Polestar USA. The U.S. prices are also below incentive thresholds in a few critical markets such as California and New York.

Polestar has been trickling out announcements around the upcoming Polestar 2 for months now, including pricing for Europe, which starts at €58,800. On Thursday, the company revealed a few more pricing details for the various options customers can buy, including a $5,000 performance pack, a $4,000 upgrade of Nappa leather interior and $1,200 for 20-inch alloy wheels.

The Polestar 2 will likely be held up as a possible competitor to the Tesla Model 3. The pricing on the two vehicles don’t quite match up unless the $7,500 federal tax incentive, for which Polestar still qualifies, is considered. Tesla no longer qualifies for the federal tax credit because it has sold more than 200,000 electric vehicles.

Stripping out the incentives, the base price of the Polestar 2 is slightly more expensive than the performance version of the Model 3, which starts at $56,990.

Until the automaker begins delivery to the U.S., which is expected this summer, it won’t be clear how it stacks up against the Model 3.

Polestar is aiming to attract customers with tech and the performance specs of the fastback, which produces 408 horsepower, 487 pound feet of torque and has a 78 kWh battery pack that delivers an estimated range of 292 miles under Europe’s WLTP. Polestar hasn’t released the EPA estimates for the Polestar 2. 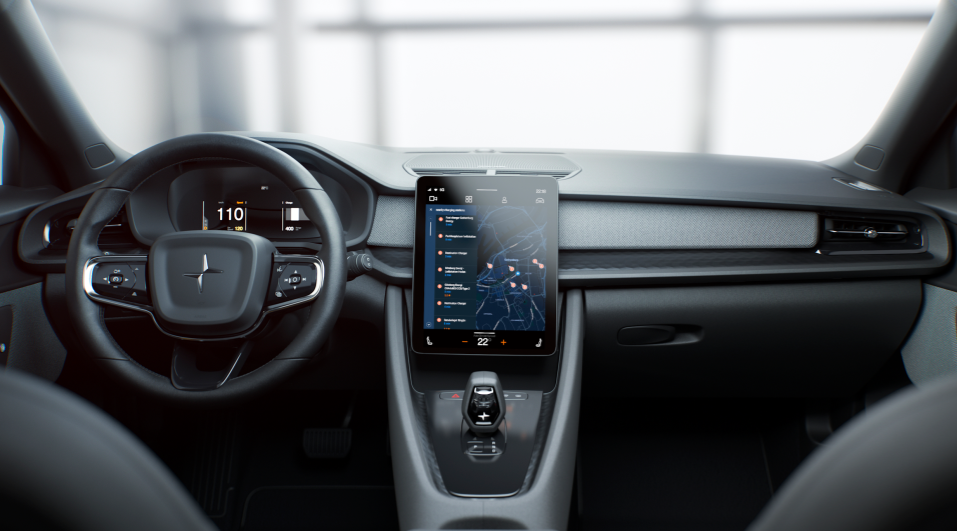 The interior of the Polestar 2, which features Google’s Android Automotive operating system.

The Polestar 2’s infotainment system will be powered by Android OS and, as a result, bring into the car embedded Google services such as Google Assistant, Google Maps and the Google Play Store. This shouldn’t be confused with Android Auto, which is a secondary interface that lies on top of an operating system. Android OS is modeled after its open-source mobile operating system that runs on Linux. But instead of running smartphones and tablets, Google modified it so it could be used in cars.

Polestar, which is jointly owned by Volvo Car Group and Zhejiang Geely Holding of China, plans to open physical retail showrooms called Polestar Spaces once stay-at-home orders prompted by the COVID-19 pandemic are lifted. The first of these locations will open on the West Coast of the United States and New
York in late summer 2020, the company said. The Polestar 2 will be available in all 50 states to buy or lease.