Leaked images obtained by TechCrunch reveal that Google considered and designed a feature that would let people donate money to websites to help support news publishers, bloggers and musicians. But Google scrapped the idea and chose not to build out the product, despite these kinds of businesses and creators often struggling to earn revenue. 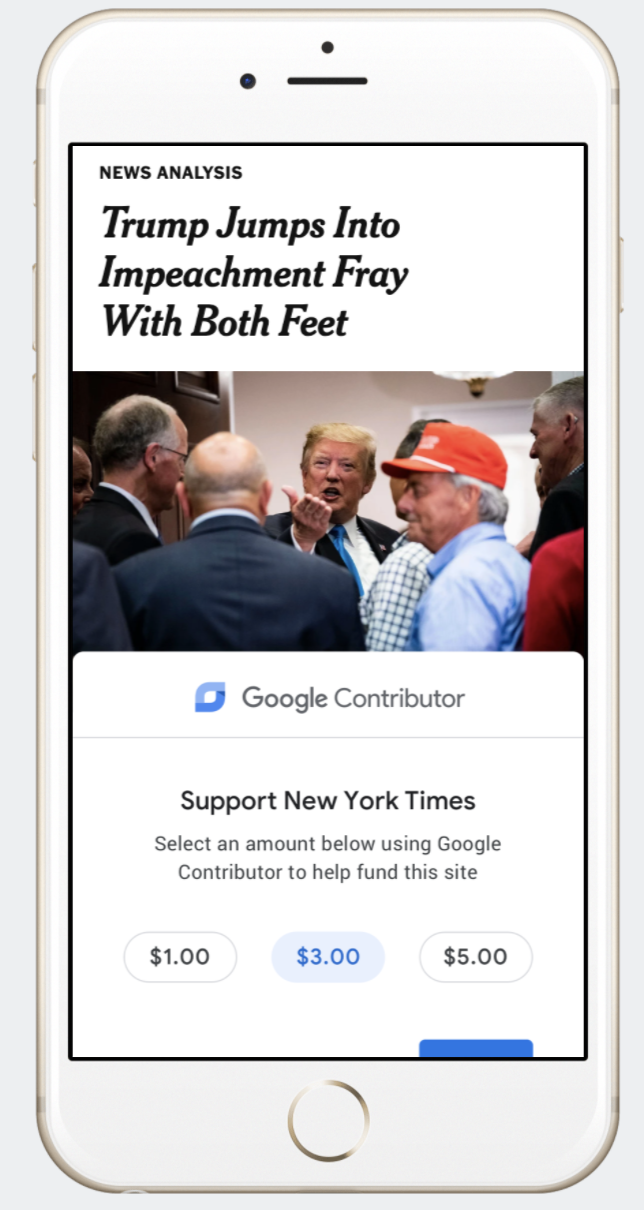 Google’s design for tipping money to The New York Times

Last year, Google explored tipping as a new wing of Google Contributor, a service that lets people pay around 1 cent per page view to remove ads from partnered websites. Screenshots of the tipping feature showed the ability to make one-time donations of $0.20 to $5 to help support sites. “Want to see more content like this on our site? Support with a contribution” one version explained. It’s unclear if Google would have taken the same 10% cut of tips as it does from Contributor ad removal fees. Google mocked up designs for tipping on the sites of The New York Times, Wired, “Tech Crunch” [sic] and more.

If Google had launched the tipping feature, it could have provided a valuable tool to sites battered by the declining display ad market. And now amid coronavirus lockdowns that have canceled events and reduced podcast listenership that media publishers rely on for revenue, the ability to accept donations could have helped sites avoid laying off staff. Perhaps Google should consider resurrecting tipping as a more sustainable form of assistance alongside its new Journalism Emergency Relief Fund. 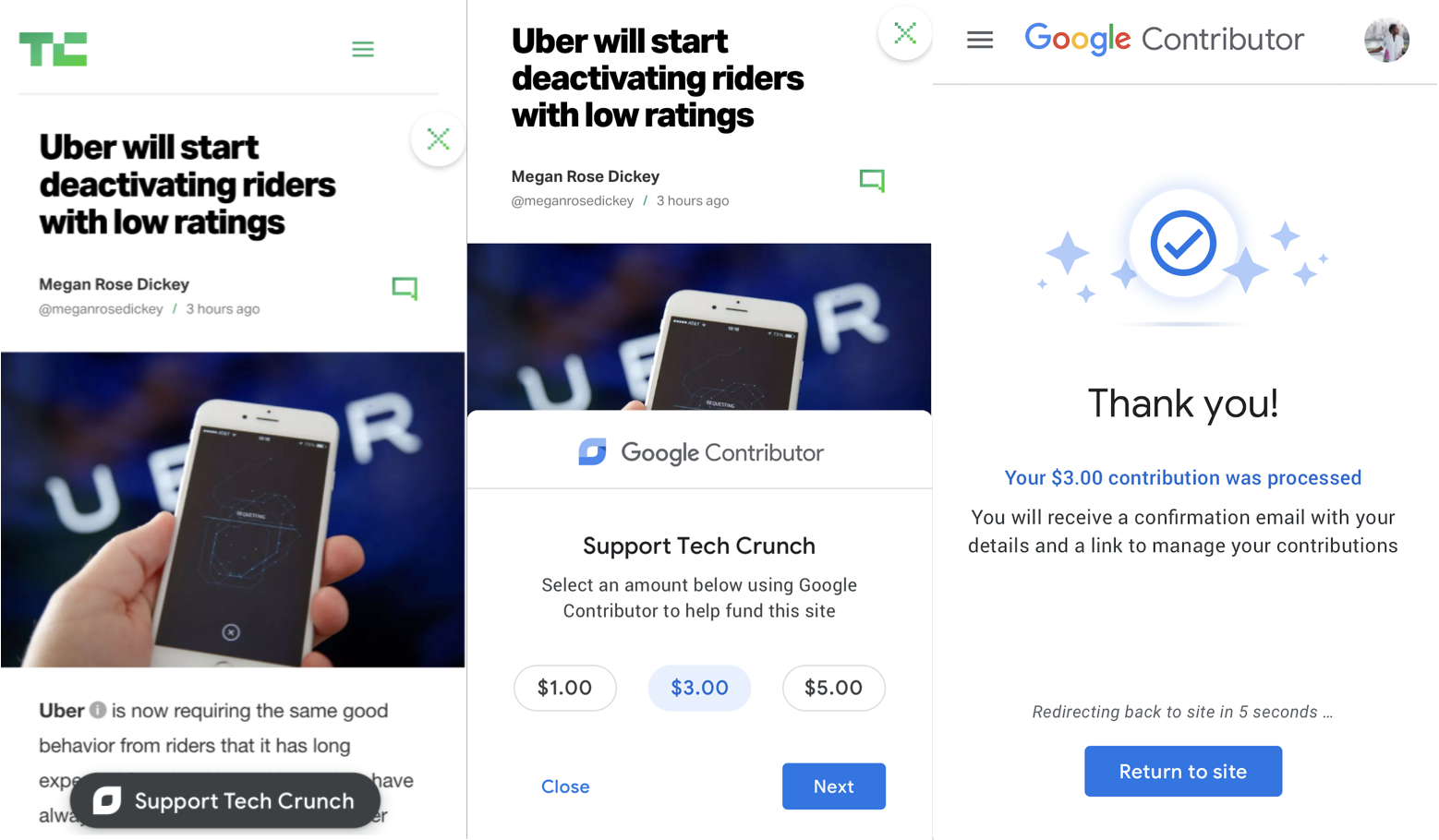 TechCrunch obtained these screenshots from a source that provided evidence that they came directly from Google. When asked, Google confirmed that the designs were of an internal idea it explored last year but decided not to pursue as part of Contributor and Google Funding Choices, which lets sites ask visitors to disable ad blockers, or instead buy a subscription or pay a per page fee to remove ads. Google shared the idea with a handful of publishers in a request for feedback. The company decided to prioritize other products, including a way for sites to request consent to personalize ads using their data amid strengthened regulations like GDPR.

A Google spokesperson provided TechCrunch with a statement that said: “We recognize that there isn’t a single business model that works for all publishers today and think it’s critical to explore new technologies that can help publishers make more money. Funding Choices is a great example of a product we have invested in significantly and will continue to evolve to support publishers and their monetization strategies.”

In fact, few business models work for publishers at all. With layoffs common across local news, national papers and digital outlets, publishers could use have used all the help they could get, even if long-term subscriptions would be more lucrative than one-off tips.

Designs for Google’s tipping feature show a floating “Support New York Times” button overlaid at the bottom of the screen as you scroll. Tapping it reveals instructions to “Select an amount below using Google Contributor to help fund this site,” with options like $1, $3 or $5. 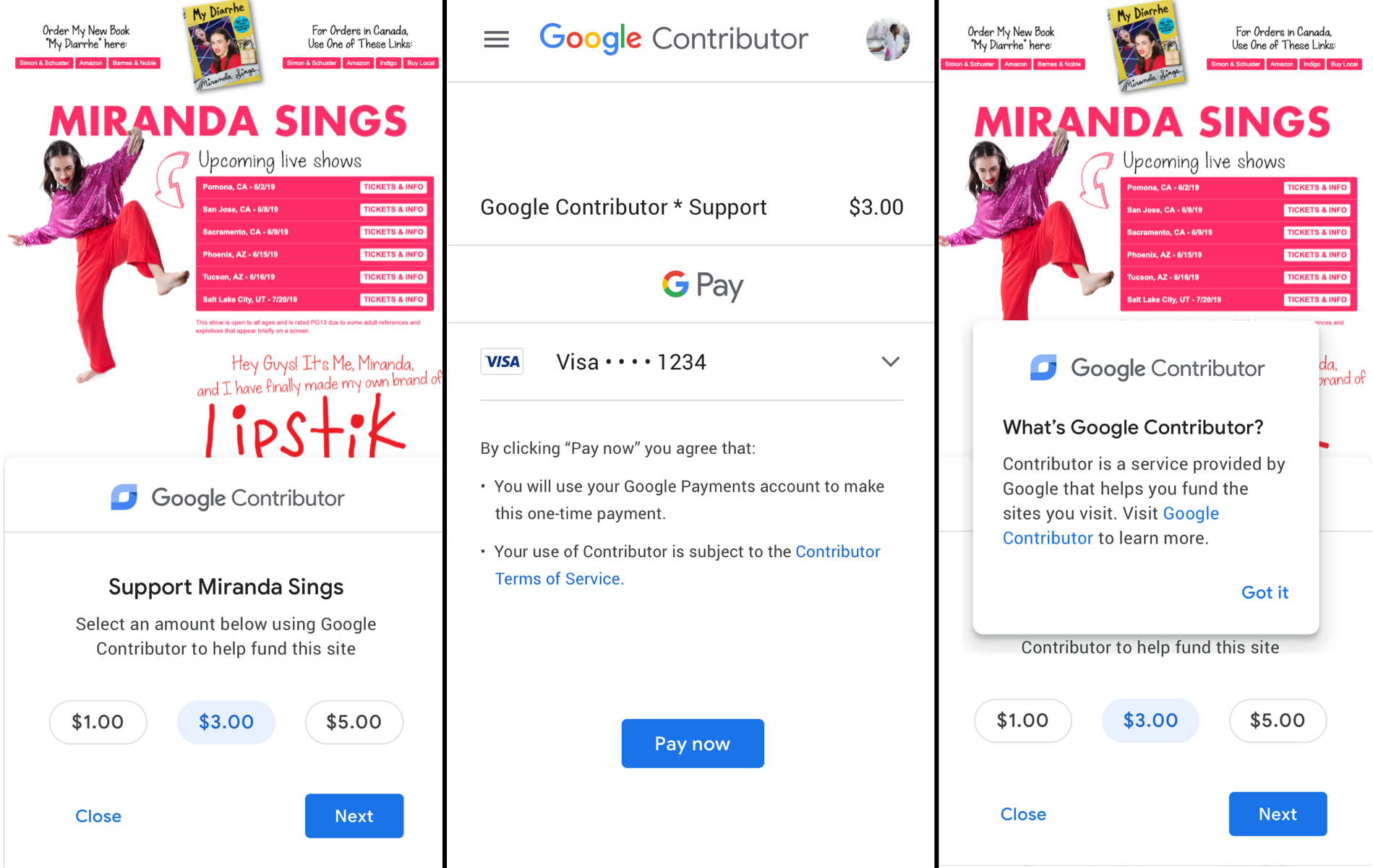 After choosing one, users log into their Google account if they aren’t already, and then “By clicking ‘Pay now’ you agree that: You will use your Google Payments account to make this one-time payment.” You’re then returned to the page you were viewing, with the button saying “Thank you for your support!” before shrinking to just the Contributor logo.

Google also designed a micropayments version of the feature where users could make smaller donations, such as $0.20. This call to action could be inserted into a static position inside a website. When a user’s contributions totaled $1 or more, they would be billed. They’d also have the option to save their contribution and make it later. 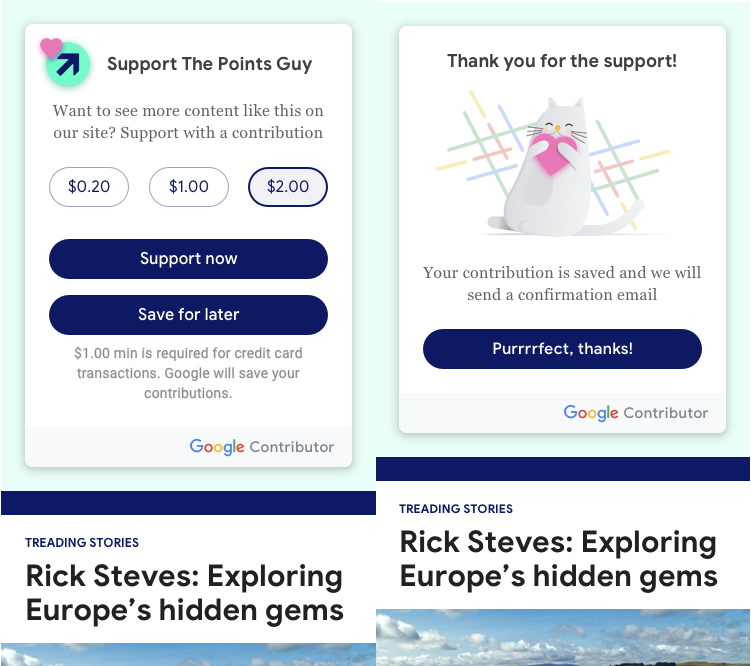 To drive home the emotional satisfaction of making a donation, this design shows a profile photo of you and tip recipient with a heart in between. Afterwards, a cute cat photo illustration shows a message saying “Thanks for the support. Your contribution is saved and we will send a confirmation email,” with a cheeky “Purrrrrfect, thanks!” before returning you to the site.

Beyond traditional news sites, Google mocked up the tipping feature for The Points Guy travel advice site, the Spiritual Boss Babe blog, the Miranda Sings musician site and the Forest Research UK government site. TechCrunch was not aware that Google was using our site in mockups for the tipping feature. Other sites included in the mockups did not respond to inquiries about if they were asked for feedback.

News sites could feasibly build a tipping feature themselves or integrate a lesser-known third-party tool. But a ubiquitous platform like Google that already has user accounts and payment methods on file that could offer this across many sites would make giving money much easier for users. 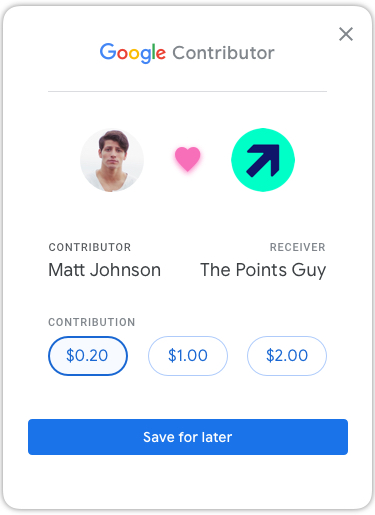 Google got into the publisher funding space with Google One Pass in 2011, helping users buy subscriptions to sites before it was shut down a year later. In 2014, Google Contributor launched to let people pay a monthly fee in exchange for ad removal on partnered sites, but that program concluded around the end of 2016.

In 2017, Google relaunched the program with users paying up front to fund a per-page view fee for removal, and that program remains active with some publishers. The tech giant also operates Subscribe With Google, which lets people buy and manage publisher subscriptions or fan club entry from their Google account, and then surfaces that site’s content atop related Google searches. 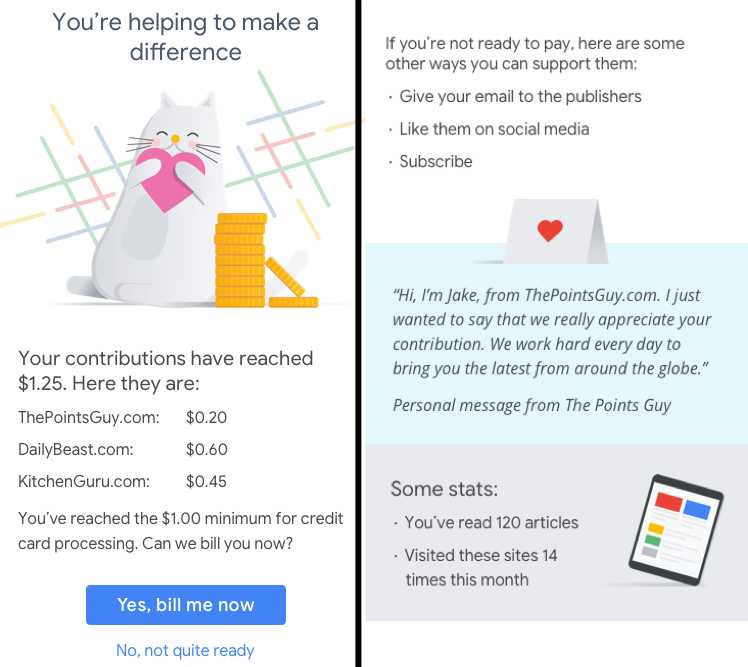 If Google ever chose to revive the tipping feature and taxed it 10% like Contributor, it could create a modest new revenue stream. But more importantly, it could help fuel the creation of the content that fills its News and Search results. It would also allow Google to double-dip, potentially earning money from tips and from the ads users see on those sites.

A tipping feature could be especially helpful for websites that haven’t figured out a premium subscription strategy and mostly rely on ads. The fall of display ad prices, worsened by the COVID-19 recession, could put these publishers in danger of closing. BuzzFeed and Vox have cut staff pay or furloughed team members while tons of newspaper and sites like Protocol have suffered layoffs. 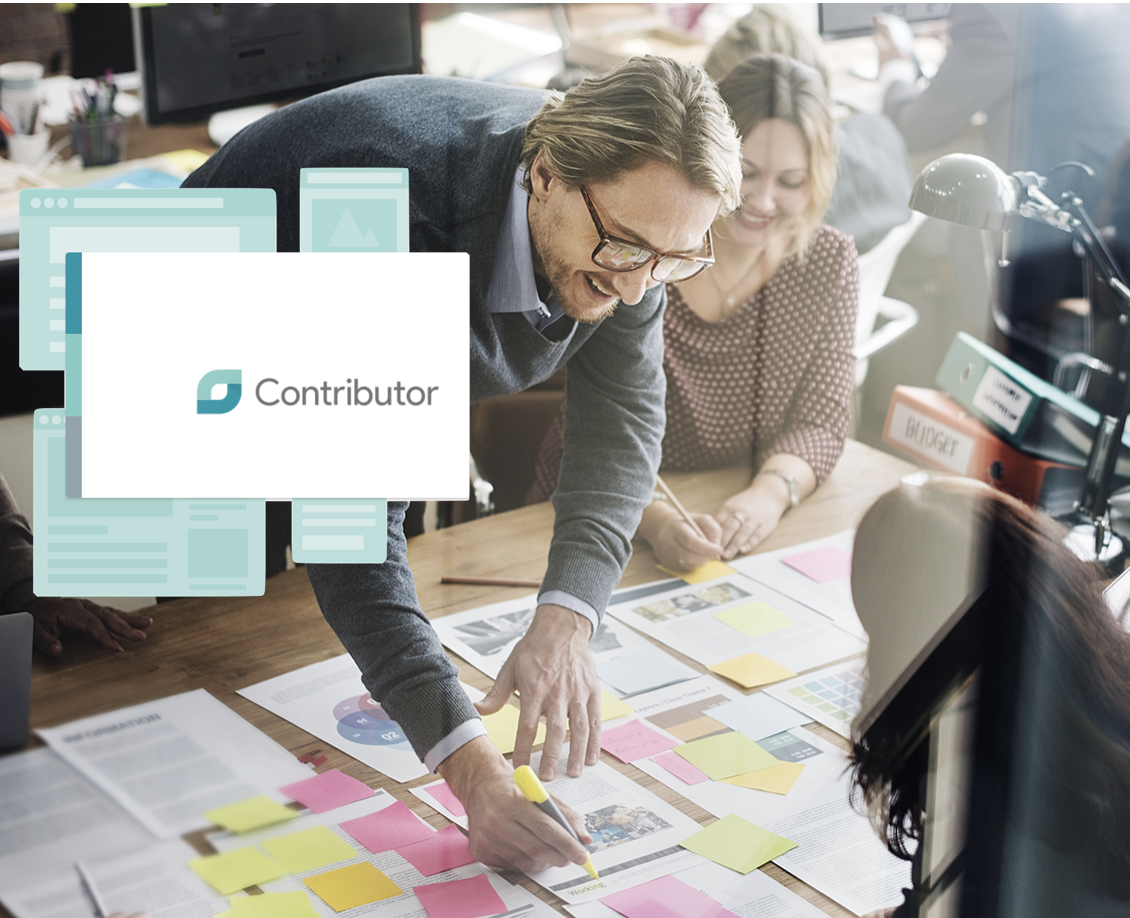 Tips might not replace other revenue streams, but could extend sites’ runway. A voluntary option to accept tips without having to build all the payments infrastructure could be a lifeline for the news business, if Google would ordain it a priority.