Digits, a fintech startup hailing from the same team that built and sold Crashlytics to Twitter, is officially launching today after two years of development. It’s also announcing a $22 million Series B round of funding led by GV, as it makes its public debut.

While the company had been fairly quiet about product details while in stealth mode, it’s today unveiling its first product: a visual, machine learning-powered expense monitoring dashboard aimed at startups and small businesses.

The dashboard, called Digits for Expenses, helps business owners track how their company is spending money, by showing things like spend by category, by identifying vendors and recurring expenses and by offering real-time alerts, among other features. 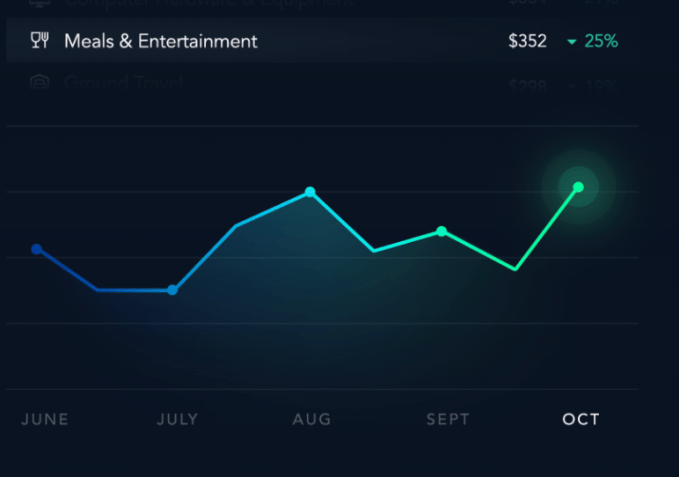 Instead of requiring business owners to make a switch from their existing financial solutions, Digits connects with the accounting software, banks, payroll providers, financial packages, sources of revenue and credit cards the business already uses — like Xero, QuickBooks, NetSuite, Citi, Bank of America or Chase, for example.

At launch, the list includes more than 9,000 banks, with support for Xero and NetSuite coming soon.

After setup, Digits will then automatically analyze the company’s spend and visualize it, in real time.

While visualizations of data may be reminiscent of personal finance startup Mint, Digits’ web-based solution is more technical in nature and offers an expanded analysis of the data on hand. Plus, as a business solution, it has to offer features like security, permissioning and collaborative workflows, which results in a more sophisticated product. 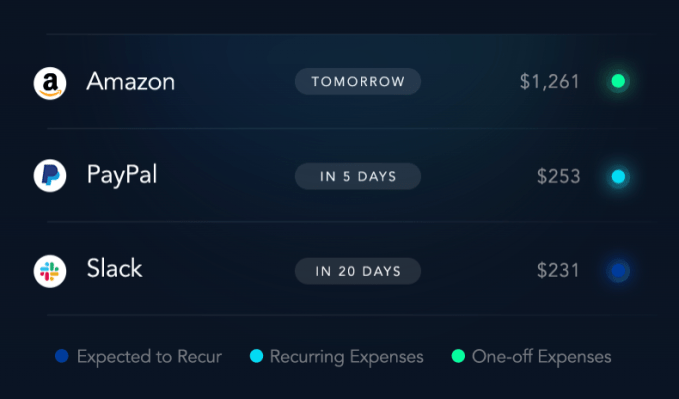 Digits also uses machine learning technology to predictively categorize transactions as they happen and the software can alert users to anomalies — like suspicious activity or unexpectedly large transactions — in real time. Business owners can use the dashboard to find out things like how quickly expenses are growing, what the cash flow looks like, where costs can be trimmed, what services are being paid for on a recurring basis and more, and can search for transactions.

The software also supports the ability to comment on transactions, loop in a colleague to ask for clarification about a charge and upload missing receipts. Everything uses HTTPS along with TLS and certificates so data is encrypted between Digit’s services and at rest.

The original idea for Digits came from a problem that co-founders Wayne Chang and Jeff Seibert faced themselves when building Crashlytics. As they explained previously, their focus as entrepreneurs was on solving technical challenges, not on the operational side of running a business.

Many entrepreneurs also find themselves in this same space. They’re trying to solve a problem or crack a tough engineering puzzle, but instead have to redirect their time and resources to spreadsheets, financial reports, transaction records and other paperwork required to actually run the business. 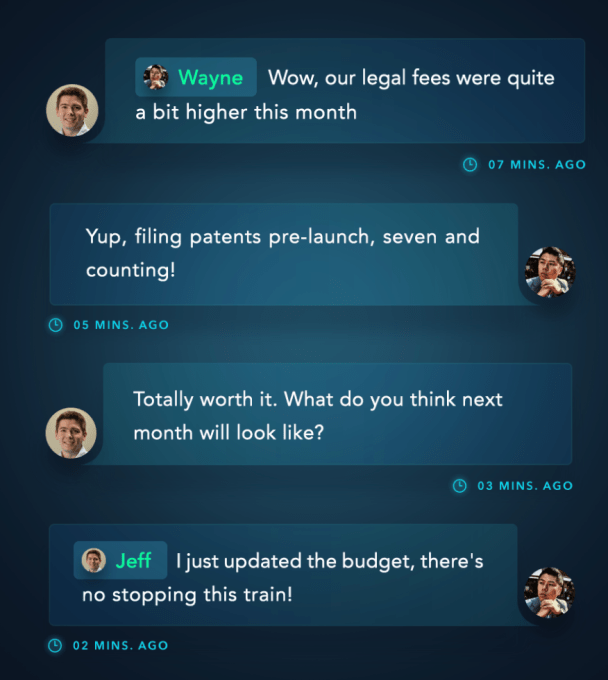 “Startups and small businesses today simply don’t have the resources to manage their finances internally. Most of them still settle for spreadsheets, and the lucky ones work on an hourly basis with external accountants,” explains Seibert. “As a result, their accounting itself is seen as a cost-center, and they pay for little beyond the basic monthly financial statements — Profit & Loss, Balance Sheet, etc. By the time those statements are delivered — weeks after the end of each month — they’re already out of date,” he said.

That means things businesses need — like updates, one-off reports and new budgets — can require additional costs and longer wait times, so they get skipped.

The COVID-19 pandemic has put even more pressure on small businesses, many of which are now struggling to even survive. As a result, Digits has decided to launch the product for free to those who sign up — not a free trial, but actually free. It plans to later charge for additional products and paid upgrades to support its own business.

Digits is able to make this offer because of its now-expanded venture funding.

Already, the company had raised $10.5 million in Series A funding in a round led by Benchmark. That round had included a sizable 72 angel investors as well, including founders and CEOs from companies like Box, GitHub, Tinder, Twitch, StitchFix, SoFi and several others — entrepreneurs with an understanding of the problems Digits is aiming to solve.

Today, Digits is announcing an additional $22 million led by Jessica Verrilli at GV,  who also now joins Digits’ board alongside Benchmark’s Peter Fenton. (Benchmark also participated in the new round).

“Jeff and Wayne are masterful at creating intuitive, high-utility products from complicated data,” said Verrilli about the GV investment. “I saw this up close with Crashlytics and Twitter, and I’m thrilled to partner with them on Digits as they reimagine financial software for startups,” she added.

The startup, now a team of 18 and hiring, was already offering its software solution to a group of customers ahead of today’s public launch, who effectively operated as beta testers allowing Digits to refine its product. Digits isn’t able to share its customer names, for the most part. However, it noted that Coda was one of early adopters and provided valuable feedback.

It also has over 10,000 companies who joined its waitlist over the past two years who are now being let in.

At the time of its Series A, Digits saw more than $1.5 billion in transaction value flowing across its production systems. That number has since grown to $8 billion.

The software is free starting today for U.S.-based small businesses. The company plans to add support for international markets later this year.