Google is adding a new feature to Search that will help you keep track of all the TV shows and movies you want to watch during these long weeks at home. The company had already been offering personalized TV and movie recommendations in Search, as of an update released last fall. Building out a watchlist with your top picks is the obvious next step.

To get started, mobile users can first search “what to watch” to get Google’s suggestions. They are organized at the top of the search results, and can be filtered by type (show or movie), by whether the content is free, by category (comedy, action, documentary, sitcom, kid-friendly, etc.) and by provider. Google also offers a rating experience where you train its algorithms on what sort of content you like and dislike.

For any movie or show you want to then add to your list, you just tap “Watchlist” in the preview window. You can also tap “Watched” if it’s something you’ve already seen. 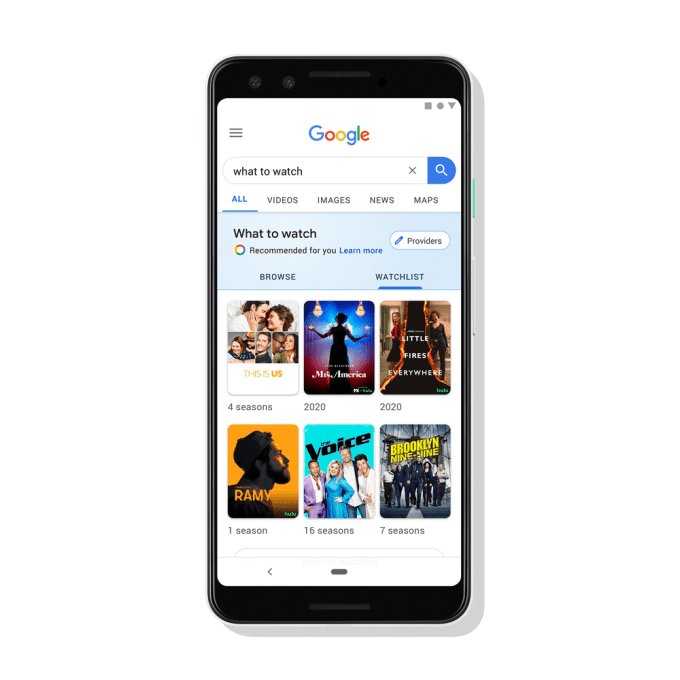 The new Watchlist is available as a second tab at the top of this What to watch section, and can be accessed any time you’re searching for something to buy, rent or stream. You can also search for “my watchlist” on Google or tap on “Collections” from within the Google app to access your list more quickly.

At launch, Google had said the TV and movies feature was designed to further the company’s larger goal of helping connect people with the information they need — it was not offering the data to advertisers. But by placing a regularly used feature like this within Google, users will spend more time on Google’s platform, which helps Google’s business.

While Google’s version of the watchlist concept is handy for more casual users, a number of dedicated mobile apps offer an expanded experience and, at times, more accurate and more granular recommendations. For example, TV Time not just makes recommendations, but also lets you check off which episodes you’ve watched from a series and participate in a mobile forum of sorts with other fans. Reelgood, Watchworthy, Taste, Bingeworthy, Likewise, itcher, Hai and many other apps also offer show and movie suggestions to varying degrees of success.

Reelgood even recently launched a feature called Reelgood Remote, which will instantly play the content you choose on your Roku device.

Google’s new Watchlist feature was one of several additions rolling out today focused on entertainment. 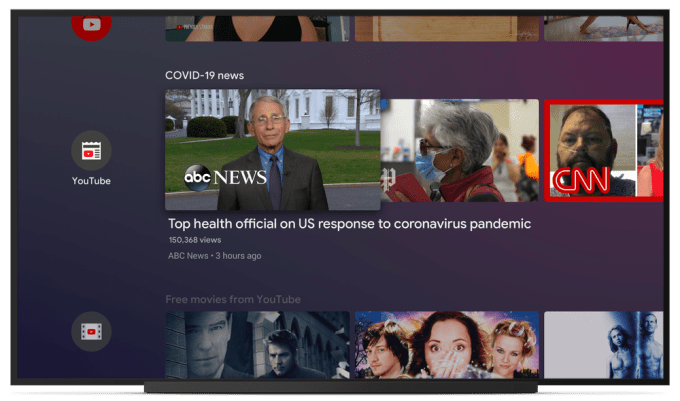 Plus, on Google Play, the company has recently introduced a collection of special deals, including offers on apps for movies, TV and comics, among other things. There are offers for game streaming service Google Stadia and subscription service Google Play Pass, as well.

The Google Watchlist feature is live now on mobile devices.