Workplace productivity software has had an insane year, with slick subscription tools popping up seemingly each new day. VCs have been backing the tools en masse, and startups are continuing to find new holes in company workflows that can be patched with a new service.

Hugo is a collaborative note-taking app focused on sharing meeting notes across teams within companies to reduce redundancy and improve information accessibility.

Hugo’s software is structured around ensuring that insights from important meetings don’t die in a user’s notepad app or one-off Google Docs files. There are plenty of startups building wiki software, including heavy hitters like Notion, which recently reached a $2 billion valuation. Hugo’s innovation is a platform that integrates more deeply within a user’s calendar, recognizing things like past notes from a meeting with a specific person. 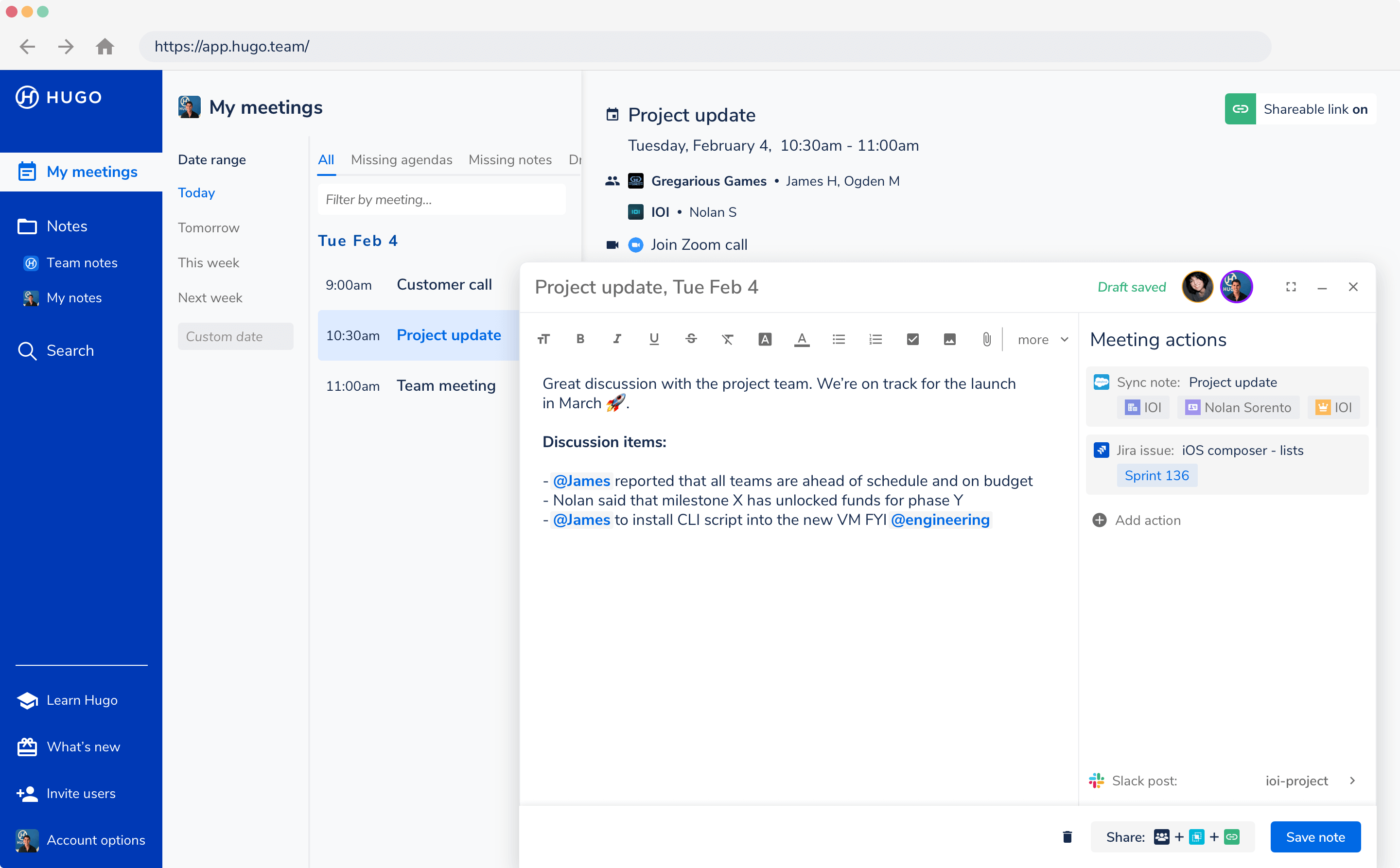 CEO Josh Lowy tells TechCrunch that a big goal of the platform is ensuring that insights from meetings don’t stay siloed inside different teams. “In Hugo, when you have a sales meeting with a customer, Hugo would already know that someone in the pre-sales cycle had met with that same person.”

The end result, Lowy says, is that companies using Hugo end up reducing non-billable hours and reducing the number of people they need handling a sale or customer-facing task.

While a lot of startups in the workplace software space have focused on scaling team-by-team inside organizations, Hugo’s founders think the advantages of their product are best showcased when everyone is using it, so they’ve tried to build out pricing to entice small and medium-sized teams to bring everyone onboard.

The platform is free for up to 40 users, charges a flat $399 fee up to 100 users and relies on custom pricing beyond that. While the sales cycle for software companies will undoubtedly be affected by the COVID-19-related crunch, Hugo’s co-founders believe that the way work is changing internally further proves out their platform.

“There’s a stronger need for asynchronous communication,” co-founder Darren Chait told TechCrunch in an interview. “The volume of meetings has increased and what we do has, if anything, gotten more valuable.”

Hugo’s customers include teams at Netflix, Dropbox, Shopify and Twitter.