Hi and welcome back to The Station, a weekly newsletter dedicated to the future (and present) of transportation. I’m your host Kirsten Korosec, senior transportation reporter at TechCrunch.

What you’re reading here is an abbreviated version of The Station. To get the complete newsletter, which comes out every weekend, go here and click The Station.

Here’s a friendly reminder to reach out and email me at kirsten.korosec@techcrunch.com to share thoughts, opinions or tips or send a direct message to @kirstenkorosec.

There wasn’t a ton of news in micromobility this week, but I came across an interesting read over at City Lab about whether or not cities should financially support micromobility services. Shared bikes and scooters provide transportation options to city-dwellers during a time when some cities are deciding to scale back public transportation operations in order to keep its employees and residents safe.

In Portland, City Lab pointed to how the city agreed to temporarily waive e-scooter fees as long as Spin passed those savings on to riders. Now, Spin rides cost about 50% less in Portland.

But, as the authors write, “While we believe that waiving e-scooter fees and offering public funding may be necessary, we harbor no illusions that it would be easy to do so in the current fiscal environment.”

We hear things. But we’re not selfish. Let’s share.

Layoffs are nothing new in this COVID-19 world. More than 260 startups have laid off 25,010 workers, according Layoffs.fyi, a website that is attempting to track cuts in the startup ecosystem amid the COVID-19 pandemic.

Not all of these layoffs are directly related to the COVID-19 pandemic. In many cases, the pandemic has merely augmented pre-existing problems. One such example is Kodiak Robotics, an autonomous trucking startup, that laid off 20% of its staff on Wednesday (about 15 of its 85-person staff). The Information was the first to report the layoffs and TechCrunch has since confirmed those numbers. The official line is that Kodiak reduced its headcount due to the dramatic impact COVID-19 has had on the economy. The move was couched as the best way to position Kodiak for the future.

We’ve learned from several people that the company was already facing considerable headwinds on the fundraising front.

Kodiak Robotics came out of stealth in August 2018 with $40 million in a Series A funding round led by Battery Ventures. CRV, Lightspeed Venture Partners and Tusk Ventures also participated in the round. The company likely attracted interest and investment because of its founders. CEO Don Burnette was part of the Google self-driving project before leaving and co-founding Otto in early 2016, along with Anthony Levandowski, Lior Ron and Claire Delaunay. Uber then acquired Otto (and its co-founders). Burnette left Uber to launch Kodiak in April 2018 with Paz Eshel, a former venture capitalist and now the startup’s COO.

The pair scaled up quickly. The company, headquartered in Mountain View, Calif., went on a hiring spree in 2019 and opened a new facility in North Texas to support commercial deliveries using its fleet of eight trucks. Autonomous vehicle technology startups are already capitally intensive. But Kodiak was also trying to launch a carrier service — not just develop the self-driving truck stack.

Fundraising efforts started late last year and Kodiak was hoping to raise a $100 million round on a $300 million pre-money valuation, according to two sources. It was suggested that Kodiak already had a lead. However, the company has had trouble closing a Series B round with attractive terms, according to several sources who spoke to TechCrunch on condition of anonymity. When COVID-19 erupted it put more pressure on the startup.

Kodiak is hardly alone. Autonomous vehicle technology startups have had a more tepid reception from investors since spring 2019. It’s still possible to raise funds. But it’s harder now — particularly those seeking larger raises — and the terms are less desirable.

Pony.ai is the latest autonomous vehicle startup to turn its efforts to delivery — at least temporarily. The company announced this week it will partner with e-commerce platform Yamibuy to provide autonomous last-mile delivery service to customers in Irvine, Calif.

The new delivery service was launched to provide additional capacity to address the surge of online orders triggered by the COVID-19 pandemic, Pony.ai said.

Pony.ai, which recently raised $400 million from Toyota Motor Corporation, has focused on shuttling people, not packages. The company has launched ridesharing and commuter pilots in Fremont and Irvine, Calif. and Guangzhou, China.

Pony.ai now said it will use its Irvine robotaxi fleet of 10 electric Hyundai Kona vehicles for delivery through at least mid-summer. It’s not clear how, or if, Pony.ai can generate revenue with this new delivery service. The company is in talks with the California Department of Motor Vehicles, the agency that issues AV testing permits, about this issue. The DMV doesn’t allow AV testing fleets to charge money by delivering goods or rides. However, a deployment permit, which Pony.ai is still waiting to receive, does allow for commercial use, just not a delivery fee.

Pronto.ai, a startup co-founded by controversial star engineer Anthony Levandowski, is not pursuing Level 4 autonomous vehicle technology. Instead, the company is developing an advanced driver assistance system product for trucks, called Copilot. Pronto AI was originally called Kache.ai, according to paperwork discovered at the time by TechCrunch, and was registered as a corporation with the California Secretary of State.

The startup has maintained a low profile since August 2019, when Levandowski was indicted by a federal grand jury on theft of trade secrets, forcing him to step down as CEO. Levandowski has since reached a plea deal. Now, it seems that the company is making some moves.

Pronto.ai recently applied for a five-year exemption from the federal government that would let drivers in trucks with Pronto’s Copilot technology stay on the road longer than current rules allow. The request to the Federal Motor Carrier Safety Administration, which was first reported by Freight Waves, would let drivers drive up to 13 hours within a 15-consecutive hour driving window after coming on duty, following 10 consecutive hours off duty.

Drivers are typically allowed to drive up to 11 hours in a 14-hour window, after being off duty for 10 or more consecutive hours. 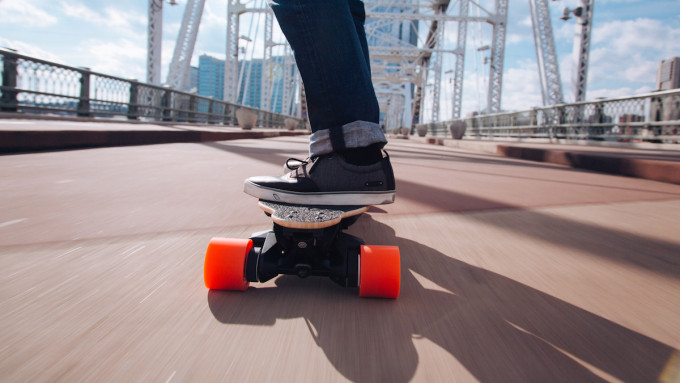 Boosted, the startup behind the Boosted Boards and, more recently, the Boosted Rev electric scooter, would typically fall into micromobbin’. But it deserves it’s own segment this week.

Five weeks ago, Boosted laid off “a significant portion” of its team and began actively seeking a buyer. It seems that a sale never materialized and Lime swooped in and bought up Boosted’s core patents, according to a report from The Verge. Lime was apparently working on acquiring Boosted’s intellectual property since the end of 2019. The shared scooter company snapped up the IP after a proposed acquisition from Yamaha fell through for Boosted.

Boosted co-founder and former CEO Sanjay Dastoor, who left the board 18 months ago, posted a message to the Boosted subreddit shortly after The Verge story published that suggests Lime’s acquisition was broader than originally thought.

Dastoor wrote that the company is closed and will likely enter into some form of bankruptcy protection. He also wrote that Lime purchased all the assets and IP of the company and appears to be in possession of everything at Boosted’s headquarters in Mountain View, including access to the building. Here’s one important nugget:

As far as I can tell, this includes design files, software and code, diagnostics, parts, and test equipment I’m not sure if this includes the responsibility for warranty coverage for boards and scooters sold before. I do know that a handful of former engineers at Boosted, most senior is Michael Hillman who joined as VP Engineering last year, are now at Lime and may be able to help. Regardless of how this is structured, if we want our products to continue being supported, including parts for boards or any software diagnostic tests and debugging, their cooperation and help will be needed.

He added that some Boosted employees have been trying unsuccessfully to service and send boards back to customers for weeks.

“I’m not a lawyer, but I suspect that those boards should rightfully get back to their owners and should be safe to ride, and I’m trying to find a way to help with this,” Dastoor wrote. “In the meantime, I’d recommend folks who are looking to get in touch more urgently should reach out to Lime directly.”