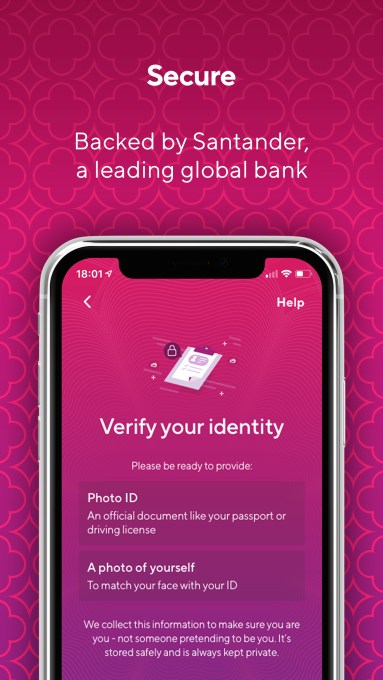 A leaked Santander internal memo in 2017 likely set wheels in motion. Reportedly written by the bank’s head of innovation, the missive warned that a large chunk of the Spanish incumbent’s profits were at risk — specifically, those generated via international money transfers – because of the growing success of fintech challengers, such as London-headquartered TransferWise.

Fast-forward three years, and today Santander is launching a standalone money transfer app, presumably in a bid to avoid the trappings of innovator’s dilemma. The new proposition is open to Santander and non-Santander customers and has been developed by a team working largely outside of the bank — a startup within a multi-national corporation, if you will — and has grown to around 50 team members working across Madrid, London, and Brussels.

Dubbed “PagoFX” and launched in the U.K. first, the mobile app lets anyone with a U.K. debit card send money abroad at claimed mid-market FX rates and with a low transparent fee. In addition, it offers “bank-level” security and customer support via in-app chat, web and e-mail.

In a virtual press briefing, Pago’s CMO Victoria Yasinetskaya explained that Pago’s unique positioning is that it effectively offers the best of both worlds: bank level security and trust (the app is co-branded alongside Santander) combined with the price competitiveness, convenience and user experience of a modern fintech solution. The thinking is that a segment of customers still trust an incumbent bank more than a challenger, and therefore a Santander-backed standalone money transfer app will be able to find room in the market.

During the same press briefing, Pago CEO Cedric Menager explained that PagoFX is essentially an open-market version of Santander’s existing international money transfer service “One Pay FX,” which offers competitive international transfers to existing Santander customers in various countries in Europe and the Americas. He also revealed that the Pago team was mainly big tech and fintech in its background, with various team members having worked at companies such as Amazon, PayPal and Intuit, and a number of unnamed startups.

On price, and without doing a forensic comparison, PagoFX looks to be broadly competitive with challengers, though not necessarily the very cheapest, depending on how you value payment method (e.g. card vs bank transfer) or speed.

“Transferring money to the eurozone, Switzerland, Norway, Sweden and the Czech Republic is 0.70% of the sent amount. For transfers to the U.S., Poland and Denmark, the fee is 0.80% of sent amount,” explains Pago. (At launch, however, fees are being waived on transactions up to a limit of 3,000 GBP per user to help support customers during the coronavirus crisis).

Cue statement from Ana Botín, Group executive chairman of Banco Santander (who is rumoured to have given the project the green light after being shown a demonstration of TransferWise by her son): “PagoFX makes it possible to transfer money internationally easily, at low cost, and with the security and peace of mind that comes from a regulated entity backed by an international bank. This is a unique proposition and we hope it will help many people and businesses. It draws on our world-class technology and talent to deliver a new and highly relevant service for everyone in the open market”.

“It’s great to see a large legacy financial institution moving to give customers a better deal as they play catch-up with the fintech sector,” Azimo co-founder and Chairman Michael Kent told me over WhatsApp. “By improving their product and moving prices closer to ours and other digital players they can finally save their customers money at an uncertain time when everyone is watching the pennies and cents”.

He also pointed out that, as it stands, Pago isn’t the most direct competitor since it doesn’t cover developing and emerging markets, which is Azimo’s main corridor focus.

In a statement given to TechCrunch, Kristo Kaarmann, CEO and co-founder of TransferWise, says: “Banks and brokers have been misleading customers about the true cost of making international payments for decades, advertising transfers as ‘free’ or ‘0% commission’ then adding a high mark-up on the exchange rate. But there are promising signs that PagoFX signals a more transparent approach from Santander. If so, it’s evidence that the transparency and low-prices we’ve been pioneering are on the way to becoming the new industry standard as customers demand a better service”.

Kaarmann also issued a warning to existing Santander customers with regards to the FX rate they are offered within Santander’s existing banking apps. “If it’s necessary to download PagoFX separately to achieve transparency, customers using Santander’s standard service will continue to be short changed,” he says.

His argument is that PagoFX, like One Pay FX before it, will only benefit the most price conscious consumers. “We urge Santander to go a step further and adopt full transparency across all their international money transfer services as the standard, not just on specific products and currency routes,” he adds.