The student loan crisis has crescendoed to even worse heights. As universities shut down across the country due to the outbreak of COVID-19 and employment opportunities dim with the rapidly decelerating economy, today’s students and post-grads need better tools than ever to navigate their finances.

Unfortunately, student loans in the United States are extraordinarily complicated, with literally hundreds of variations on loan terms, repayment methods and public interest forgiveness options. For borrowers, what are the best ways to minimize their total burden while staying within the rules?

Washington, DC-based Savi wants to make student loan borrowers “savvy” to the best options available to them, and now it has even more capital to take on this pressing challenge. The company announced today that it has raised a $6 million Series A led by Nyca Partners, one of the most influential investing firms in the fintech space.

Finance startups often have misaligned incentives between users and their own revenue models — a financial health app may make quiet referral revenue by peddling new credit cards and loans, exactly what a user doesn’t need.

What makes Savi interesting is that the company was designed from the beginning to make sure that it always placed the interests of its users first. It’s organized as a public benefit corporation and founded by two idealistic founders who came together over improving the outcomes of the nation’s youth.

After graduating from Georgetown Law, Aaron Smith founded and spent four years running Young Invincibles, a youth-focused think tank and advocacy organization that was originally created to bring attention to youth issues during the healthcare reform discussions in the early years of the Obama administration. Meanwhile, Savi’s other co-founder, Tobin Van Ostern, worked on youth voter engagement for Obama’s first presidential campaign as the head of Students for Barack Obama before heading to the liberal Center for American Progress. 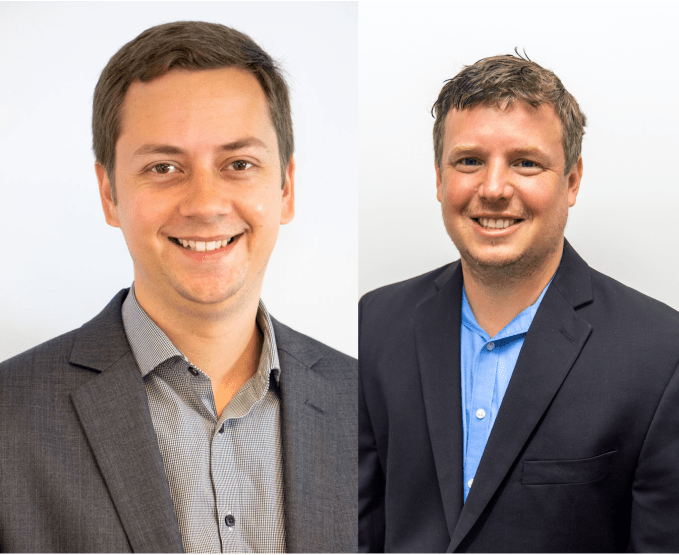 Together, they decided to found Savi to bring their progressive mission orientation to helping young people around student debt. The student loan world is “fairly complicated, and while obviously I think there needs to be continued improvement on the policy side, we needed solutions for student loan borrowers right now,” Smith explained. “And so that was sort of the impetus behind Savi — to use technology to create those kind of solutions.”

Savi ingests student loan data from users and then begins crunching the numbers to calculate the best options for repayment or forgiveness while taking into account the goals of its users.

While student lending is a trillion-dollar-plus market, Savi — owing to its progressive roots — has been particularly focused on offering its platform to users like social workers, teachers and service workers. One of their largest partners is NEA, the largest teachers union in the United States with around 3 million members, and Savi is offered as a benefit to its members.

Organizations offer Savi’s student loan assessment tool to their employees and members to help them understand their financial picture. That tool is free for users, but from there, Savi charges a subscription to actively manage a user’s student loans, such as automating the process for filling out paperwork. Users can calculate their savings using Savi before committing to paying a subscription, ensuring that no user pays if Savi can’t help them save money. The company says that the average borrower sees $140 in savings per month and pays a $5-a-month subscription fee.

Given the typical employment of its users, Savi has a particular specialty on loan forgiveness, an option that many student loans offer for people in public-interest careers. Such options often have byzantine rules for eligibility though, and so Savi works to ensure that borrowers seeking forgiveness stay within the rules of their loan programs. Currently, the company handles more than 150 forgiveness and repayment options.

Where top VCs are investing in fintech

Similar to its assessment tools for organizations, Savi launched a new tool around COVID-19 to help people in health professions or who have been laid off as a result of the pandemic to figure out their student loan situations and find new programs for help. “We actually happen to have a pretty disproportionately high number of users that actually work on the COVID crisis,” Van Ostern explained.

Startups around managing student loans have been a popular area of investment for VCs. Yesterday, my colleague Alex Wilhelm noted that student loan platform Frank received a $5 million interim strategic round of funding, with edtech giant Chegg taking a board seat. I also covered Summer’s $10 million raise late last year, which, like Savi, is a public benefit corporation focused on minimizing the burden of student loan payments.