The mass die-off of coral reefs is a catastrophe of global proportions, but the sheer scale of their success as organisms has lessons for science. Case in point: these 3D-printed “bionic corals” from Cambridge researchers that are more than scaffolds for fragile microorganisms — they’re built out of them.

If 3D-printed corals sound familiar, that’s because a couple of years ago some other researchers suggested using structures printed to resemble the complex shapes of reefs as solid bases on which new corals and other animals could grow. It’s a good idea, but there’s more to a reef than a solid base.

Corals are in fact a highly evolved symbiosis between the coral organisms themselves and algae that live inside them. The algae use photosynthesis to power the creation of sugar for their host, and the coral provide a safe living environment — and, interestingly, are also highly efficient at collecting and redirecting light. This partnership has been fruitful for millions of years, though rising ocean temperatures and acidity have upset the delicate balance necessary for success.

The team at Cambridge realized that to successfully imitate the coral micro-ecosystem, they’d need to replicate that special quality of capturing sunlight and diffusing it within for use by resident algae. To do so, they studied the structure of corals closely and worked to remake it at a microscopic level. But instead of using an ordinary durable substrate, they created a sort of living gel. 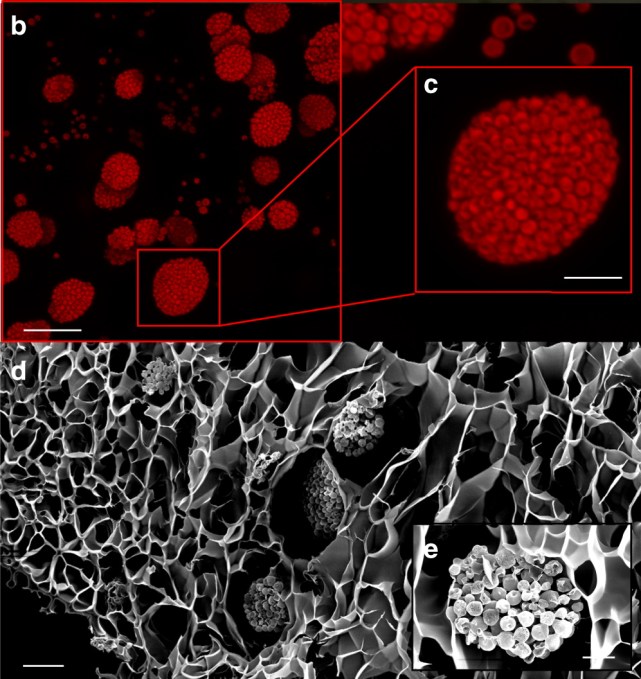 “We developed an artificial coral tissue and skeleton with a combination of polymer gels and hydrogels doped with cellulose nanomaterials to mimic the optical properties of living corals,” explained Cambridge chemist Daniel Wangpraseurt, lead author of the paper in which the technique is described. Algae were infused into the mixture as well, so the researchers were essentially printing living matter.

That kind of technique is already being tested and used for medical purposes — printing part of an organ or tissue for implantation, for instance. In this case it has to be printed not with a specific large-scale shape, but with an extremely complex internal geometry that maximizes the reach of light hitting the surface. This has to be done very quickly or the algae will die from exposure.

The resulting bioprinted structure is an ideal home for the algae, producing growth rates many times the speed of an ordinary medium. That doesn’t mean the next step is growing corals super-fast — in fact, there’s no reason to think this will actually lead to coral restoration. On the other hand, this type of simulation could lead to a better understanding of the ecosystem in which the coral-algae partnership thrives, and how it can be nurtured.

In the meantime, the promise of multiplying algae growth speeds has commercial appeal today, and a startup called Mantaz has been founded to pursue more near-term uses of the technology.