DeHaat, an online platform that offers full-stack agricultural services to farmers, has raised $12 million as it looks to scale its network across India.

The Series A financial round for the eight-year-old Patna and Gurgaon-based startup was led by Sequoia Capital India. Dutch entrepreneurial development bank FMO, and existing investors Omnivore and AgFunder, also participated in the round. Dexter Capital advised DeHaat on this financing round.

The startup, which began to seek funding from external investors last year, has raised $16 million to date and $3 million in venture debt.

DeHaat (which means village in Hindi) eases the burden on farmers by bringing together brands, institutional financers and buyers on one platform, explained Shashank Kumar, co-founder and chief executive of the startup, in an interview with TechCrunch.

The platform helps farmers secure thousands of agri-input products, including seeds and fertilizers, and receive tailored advisory on the crop they should sow in a season. “We have built a comprehensive database of crop tests to offer advice to farmers,” he said.

DeHaat, which employs 242 people, also helps them connect with 200 institutional partners to provide farmers with working capital, and when the season is over, helps them sell their yields to bulk buyers such as Reliance Fresh, food delivery startup Zomato and business-to-business e-commerce giant Udaan.

DeHaat today operates in 20 regional hubs in the eastern part of India — states such as Bihar, Uttar Pradesh, and Jharkhand — and serves more than 210,000 farmers, said Kumar. 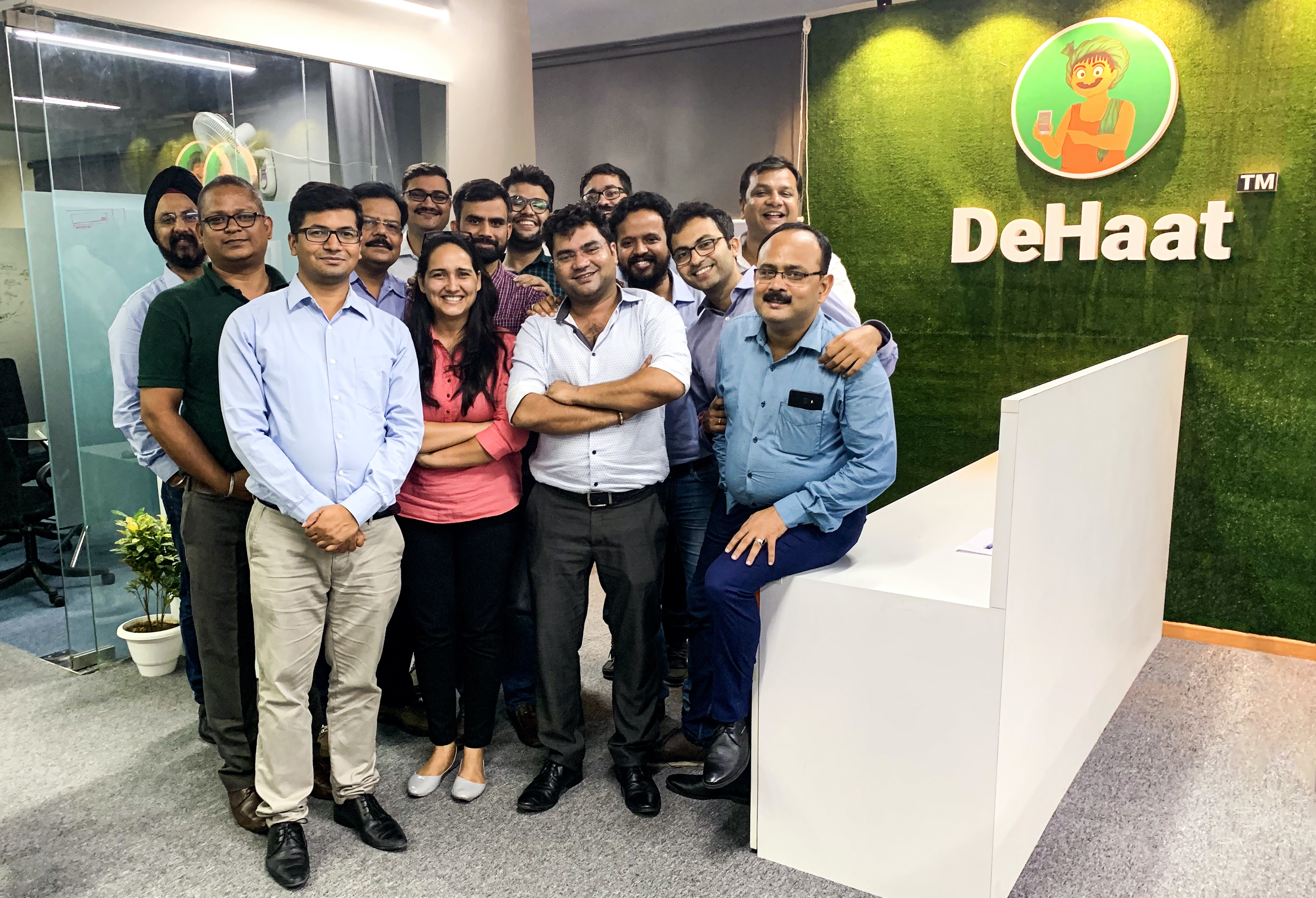 The startup has developed a network of hundreds of micro-entrepreneurs in rural areas that distribute agri-input goods to farmers from their regional hubs and then bring back the output to the same hub.

“We have an app in local languages and a helpline desk that farmers, many of whom don’t own a smartphone, use to reach out to us and explain their pain points and needs,” he said.

DeHaat does not charge any fee for its advisory, but takes a cut whenever farmers use its platform to buy agri-inputs or sell their crop yields.

The startup will use the fresh capital to extend its network to 2,000 rural retail centres, on-board more micro-entrepreneurs for last-mile delivery and reach 1 million farmers by June of next year, said Kumar. DeHaat is also working on automating its supply chain and developing more sophisticated data analytics, he said.

At stake is India’s agriculture market that is worth $350 billion and serves nearly 100 million small and independent farmers, said Abhishek Mohan, VP at Sequoia Capital India, the VC fund that writes more checks than anyone else in the country.

“This industry is on the brink of a massive transformation thanks to ease of regulation, farmers getting organized and increasing penetration of smartphones. DeHaat is leveraging these trends to build the next-gen product in agricultural supply chain,” said Mohan in a statement.

“The tipping point that led to Sequoia India’s decision to partner with them was the field visit, where the farmers expressed how proud they were to be associated with a platform they felt truly worked in their favour. This impact and deep brand loyalty stems from the leadership team’s razor-sharp focus, deep empathy and fine execution,” he added.