The app industry saw a record 204 billion downloads and $120 billion in consumer spending in 2019, according to App Annie’s “State of Mobile” annual report. People are now spending 3 hours and 40 minutes per day using apps, rivaling TV. Apps aren’t just a way to pass idle hours — they’re a big business. In 2019, mobile-first companies had a combined $544 billion valuation, 6.5x higher than those without a mobile focus.

This week, we’re continuing our special coverage of how the COVID-19 outbreak is impacting apps and the wider mobile app industry as more COVID-19 apps appear — including one from Apple built in partnership with the CDC, among others. We also take a look at the gains made by social and video apps in recent weeks as people struggle to stay connected while stuck at home in quarantine. In other headlines, we dig into Instagram’s co-watching feature, the Google for Games conference news, Apple’s latest releases and updates, Epic Games expansion into publishing and more.

Social video apps are exploding due to the COVID-19 pandemic

People looking to stay connected during in-home quarantines have turned to video chat apps in record numbers, with work conferencing app Zoom leading the pack, according to new research from Apptopia. Some highlights:

Hoping to join the party, Google Duo this week increased its group calling limit to 12 participants (from eight).

We are grateful that Duo is helping users see their loved ones all around the world. We recognize group calling is particularly critical right now. We have increased group calling from 8 participants to 12 effective today. More to come. #AllInThisTogether #COVID19

New insights from Kantar indicate a boom in Facebook’s suite of apps as people look to network with friends and family while stuck in their homes. WhatsApp has seen a 40% increase in usage and Facebook usage increased by 37%, the study found.

TikTok saw 84.8 million global downloads from March 1-23, up 5% from the same period in February, according to Sensor Tower (via Music Business Worldwide). The U.S. accounted for 6.2 million of those, up 27% from February. TikTok still struggles with revenue, however. Despite a massive install base, revenue was just $46.4 million, up 10% from $42 million in February.

However, the wider network of TikTok add-on apps are taking off. Nearly 38% of the 480 million installs from 2019’s top 20 new apps were sidekick apps to aid TikTok and Instagram users. TikTok owner ByteDance was behind the No. 3 app, Jianying Vlog, in fact. 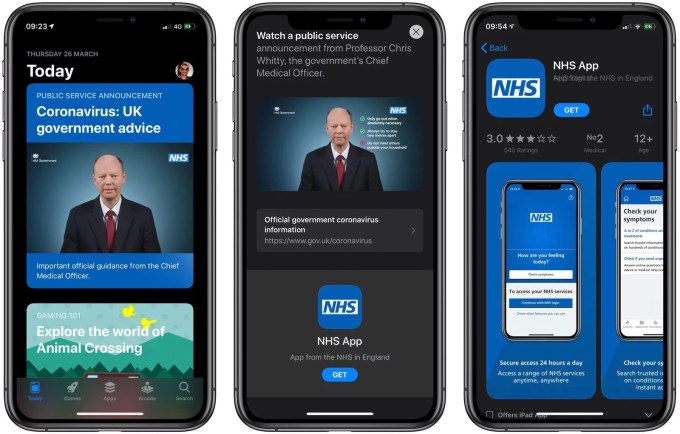 In an unprecedented move, Apple added U.K. government advice about the coronavirus outbreak to its App Store app. In a special section titled “Public Service Announcement,” Apple directly links to guidance from the U.K.’s Chief Medical Officer, Professor Chris Whitty. The link takes users to the NHS app and a video message from Whitty (via MacRumors).

Hoping to leverage the world’s biggest applications to get critical health news to a wider network of users, a number of mobile apps introduced coronavirus information services and hubs. A few notable launches include:

Coronavirus apps in the spotlight 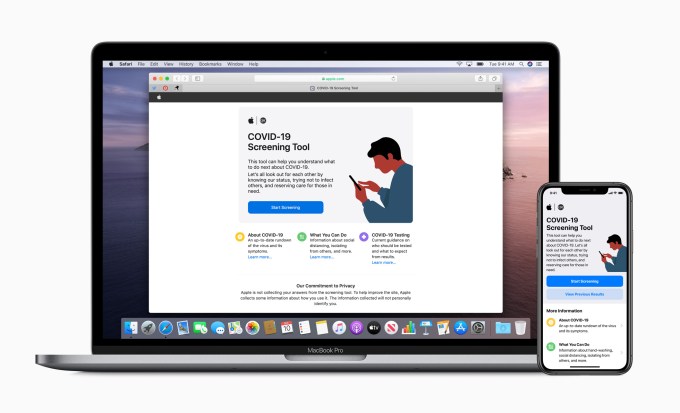 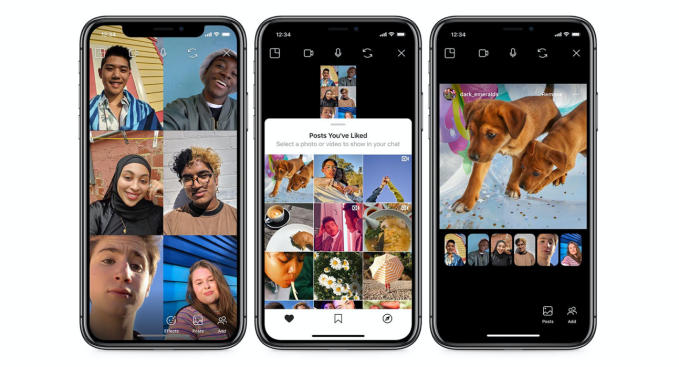 Friends can now browse Instagram together while on a group video call through Instagram’s new co-watching feature. The addition, which has been in testing for at least a year, is designed to give people a reason to stay in the app for longer periods and boost ad views. It also gives Instagram a way to compete with top video chat apps like Houseparty, which is dominating the charts during the COVID-19 quarantine and already offers screen-sharing. (Houseparty is No. 3 while Instagram slipped to No. 9 on the App Store as of Friday).

The new feature will likely be a welcome addition among Instagram’s younger users, in particular, as they’re stuck right now, bored and missing their real-world togetherness. 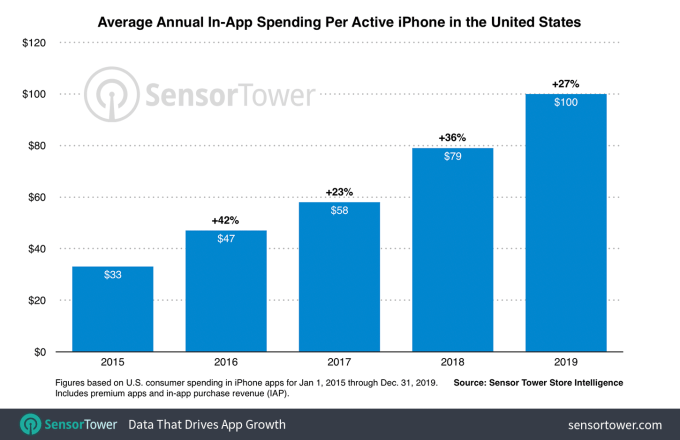 Other apps leveraging subscriptions also did well, including YouTube, PicsArt, Tinder and Calm. In 2019, the top 100 subscription apps brought in $3.6 billion in the U.S. App Store.

Fortnite’s maker is getting into publishing.

The company this week announced it’s “building the publishing model we always wanted for ourselves when we worked with publishers.” Development partners include Remedy Entertainment (Control), Playdead (Limbo, Inside), and Gen Design (The Last Guardian). The label promises developer-friendly terms for its multi-platform publishing program, including developers’ ability to keep 100% of all IP and full control of their work.

Epic Games Publishing will also cover up to 100% of development costs, including QA, localization, marketing and publishing. Once costs are recouped, developers earn at least 50% of profits.

Apple came under fire this week for its anti-competitive — or at least, outdated — App Store rules around streaming game services, in a report from Bloomberg.

Currently, its guidelines ban gaming services that stream from the cloud. Instead, Apple requires each game to be submitted individually and approved. This allows individual games to be ranked and searched. This limits from competing on the App Store new gaming services like Google’s Stadia, Microsoft’s xCloud and Nvidia’s GeForce Now. Today, only one gaming service exists on the App Store: GameClub. The app offers a subscription to old-school mobile games, each published under the developer’s account.

Disney+ sees 5M downloads on day one of its European launch

Streaming service launched on March 24th in Europe, starting with Austria, Germany, Ireland, Italy, Spain, Switzerland and the U.K.. The app likely benefited from the fact that many European users are now on lockdown at home and have children in need of entertainment. App Annie estimates the app saw 5 million downloads on launch day, and is now poised to become one of the region’s top streaming apps. 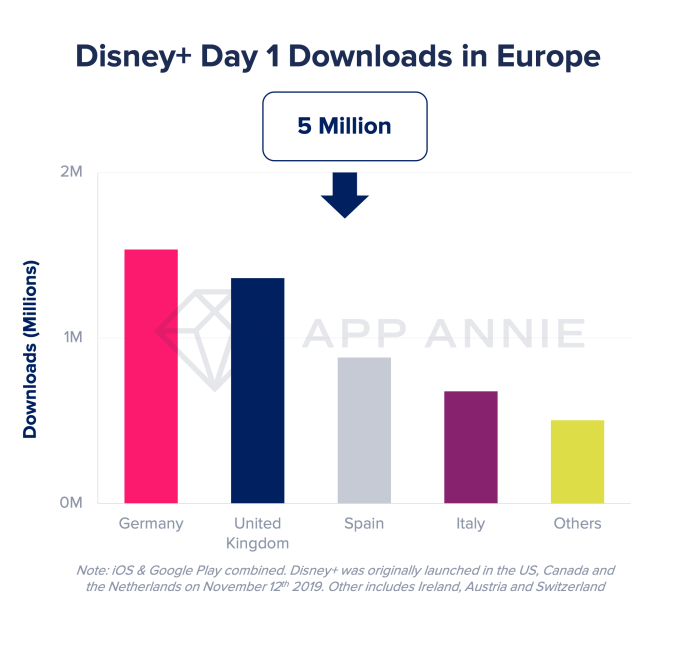 The app will hit France in two weeks and other Western European markets in summer 2020, followed by Latin America and Asia-Pacific rollouts. So far, Disney+ is the No. 7 app by consumer spend worldwide, excluding games — impressive for an app launched in the U.S. in November 2019 and one that’s only been live in five markets until now. The app’s success is more critical than ever to Disney’s business as the impacts of the coronavirus have forced parks to close and may keep visitors away even once re-opened.

Despite Google’s recent partnerships with security firms to scan its Play Store for malicious apps, over 50 malware-laden apps were recently found in the Play Store. The 56 total apps had nearly a million combined downloads and were used to commit ad fraud. The malware, named “Tekya,” was able to go undetected because it hid in Android’s native code. That kept it hidden from Android’s protection system, Google Play Protect.

Robinhood claims it has fixed its problems

Trading app Robinhood claims it has fixed the engineering flaws that led to multiple outages this month as the stock market leapt and crashed. The problems led to Robinhood users being left out of the biggest-ever one-day point gain in Dow Jones history. Now the company claims it has fixed the underlying engineering problems and strengthened its infrastructure. It’s also trying to do right by customers by offering credits. Despite the issues, Robinhood claims trading volume in March was 3x that of Q4 and it saw a 10x increase in net deposits.

More leaks from iOS 14 code snippets point to BMW being the first to use Apple’s CarKey API for NFC-based keyless entry to its vehicles. Another iOS 14 leak points to new “Find My” features that include notification triggers and an AR mode. The latter would allow users to locate items visually using AR for more precise directions to the lost item.

Spotify has made the decision to cut off third-party DJ apps from its library. Algoriddim announced the news on its website, noting that as of July 1, 2020, Spotify will no longer be playable through third-party DJ apps, including Algoriddim’s own app, djay. The company is now offering to migrate users to TIDAL or Soundcloud as a result.

Google’s event went online due to the coronavirus outbreak, but Google still had a lot of news:

Perhaps the most interesting is the new asset delivery system, which adds more granular control over the components delivered than the earlier App Bundles system.

Google first said it was canceling its Google I/O Live Event. But toward the end of last week, it decided to call the whole thing off. The virtual version of the I/O event is now canceled as well, given the shelter-in-place orders across the state of California, which would impact Google’s ability to live stream the event as it would require production staff and presenters to gather in groups, in violation of stay-at-home orders. 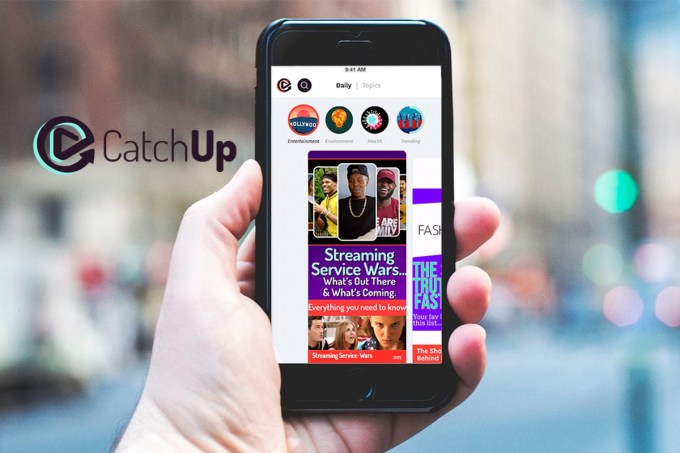 Mammoth Media debuts CatchUp, an app that summarizes news and other trending content, including podcasts and Netflix shows. 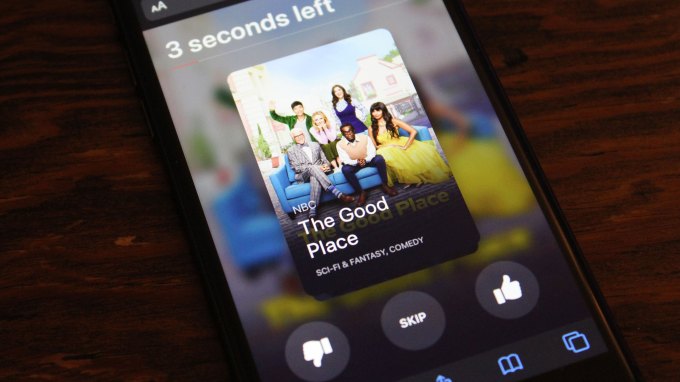 Ranker launched Watchworthy, a new app that helps users find something new to watch across TV networks and more than 200 streaming services like Netflix, Hulu, Prime Video, Apple TV+ and many more. The app is powered by Ranker’s extensive crowdsourced ranking data, which makes its suggestions pretty good.

With so many parents stuck at home running homeschools, language-learning company Duolingo moved up the launch of Duolingo ABC. This free English literacy app is aimed at children ages 3 to 6 and includes more than 300 short lessons in reading and writing.