More than a decade after announcing that it would keep Polaroid’s abandoned instant film alive, The Impossible Project has done the… improbable: It has officially become the brand it set out to save. And to commemorate the occasion, there’s a new camera, the Polaroid Now.

The convergence of the two brands has been in the works for years, and in fact Impossible Project products were already Polaroid-branded. But this marks a final and satisfying shift in one of the stranger relationships in startups or photography.

I first wrote about The Impossible Project in early 2009 (and apparently thought it was a good idea to Photoshop a Bionic Commando screenshot as the lead image), when the company announced its acquisition of some Polaroid instant film manufacturing assets.

Polaroid at the time was little more than a shell. Having declined since the ’80s and more or less shuttered in 2001, the company was relaunched as a digital brand and film sales were phased out. This was unsuccessful, and in 2008 Polaroid was filing for bankruptcy again.

This time, however, it was getting rid of its film production factories, and a handful of Dutch entrepreneurs and Polaroid experts took over the lease as The Impossible Project. But although the machinery was there, the patents and other IP for the famed Polaroid instant film were not. So they basically had to reinvent the process from scratch — and the early results were pretty rough.

But they persevered, aided by a passionate community of Polaroid owners, continuously augmented by the film-curious who want something more than a Fujifilm Instax but less than a 35mm SLR. In time the process matured and Impossible developed new films and distribution partners, growing more successful even as Polaroid continued applying its brand to random, never particularly good photography-adjacent products. They even hired Lady Gaga as “Creative Director,” but the devices she hyped at CES never really materialized.

Gaga was extremely late to the announcement, but seeing the GL30 prototype was worth it

In 2017, the student became the master as Impossible’s CEO purchased the Polaroid brand name and IP. They relaunched Impossible as “Polaroid Originals” and released the OneStep 2 camera using a new “i-Type” film process that more closely resembled old Polaroids (while avoiding the expensive cartridge battery).

Polaroid continued releasing new products in the meantime — presumably projects that were under contract or in development under the brand before its acquisition. While the quality has increased from the early days of rebranded point-and-shoots, none of the products has ever really caught on, and digital instant printing (Polaroid’s last redoubt) has been eclipsed by a wave of nostalgia for real film, Instax Mini in particular.

But at last the merger dance is complete and Polaroid, Polaroid Originals and The Impossible Project are finally one and the same. All devices and film will be released under the Polaroid name, though there may be new sub-brands like i-Type and the new Polaroid Now camera. 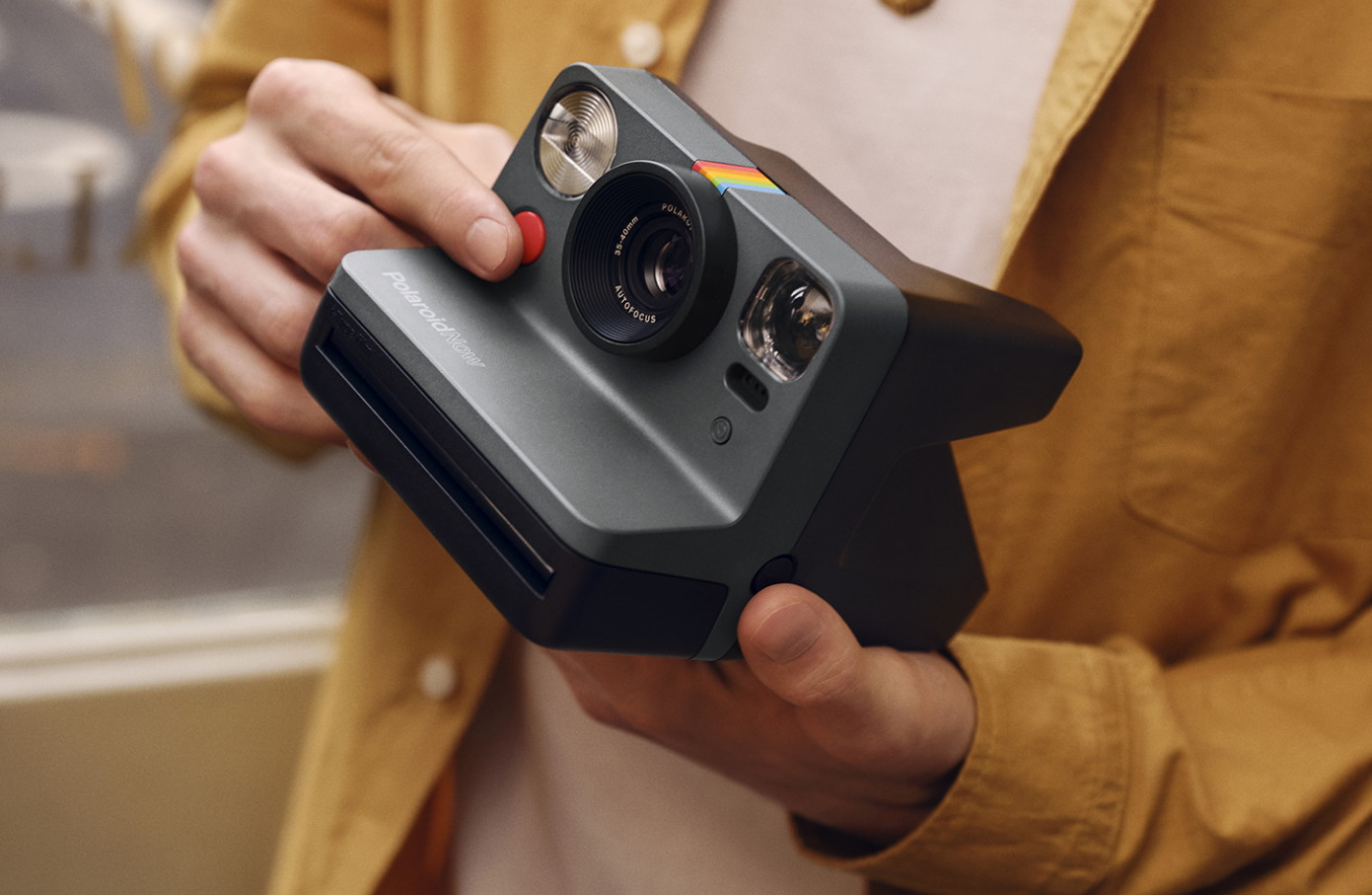 Speaking of which, the Now is not a complete reinvention of the camera by far — it’s a “friendlier” redesign that takes after the popular OneStep but adds improved autofocus, a flash-adjusting light sensor, better battery and a few other nips and tucks. At $100 it’s not too hard on the wallet, but remember that film is going to run you about $2 per shot. That’s how they get you.

It’s been a long, strange trip to watch, but ultimately a satisfying one: Impossible made a bet on the fundamental value of instant film photography, while a series of owners bet on the Polaroid brand name to sell anything they put it on. The riskier long-term play won out in the end (though many got rich running Polaroid into the ground over and over), and now with a little luck the brand that started it all will continue its success.