They’re doing construction in my apartment building right now. I live on the first floor and can hear the distinct sound of jackhammering on concrete coming from the basement below. There’s also the sound of a generator and a far higher-pitched drilling noise. It’s all happening with the perfect combination of frequency and randomness completely designed to drive this work-from-homer completely nuts.

Honestly, I’m generally not a headphones-at-home guy, unless it’s a meeting or a podcast. But being under house arrest with heavy machinery is really wearing on me, and providing an unexpectedly ideal scenario for trying out Sennheiser’s latest fully wireless earbuds. 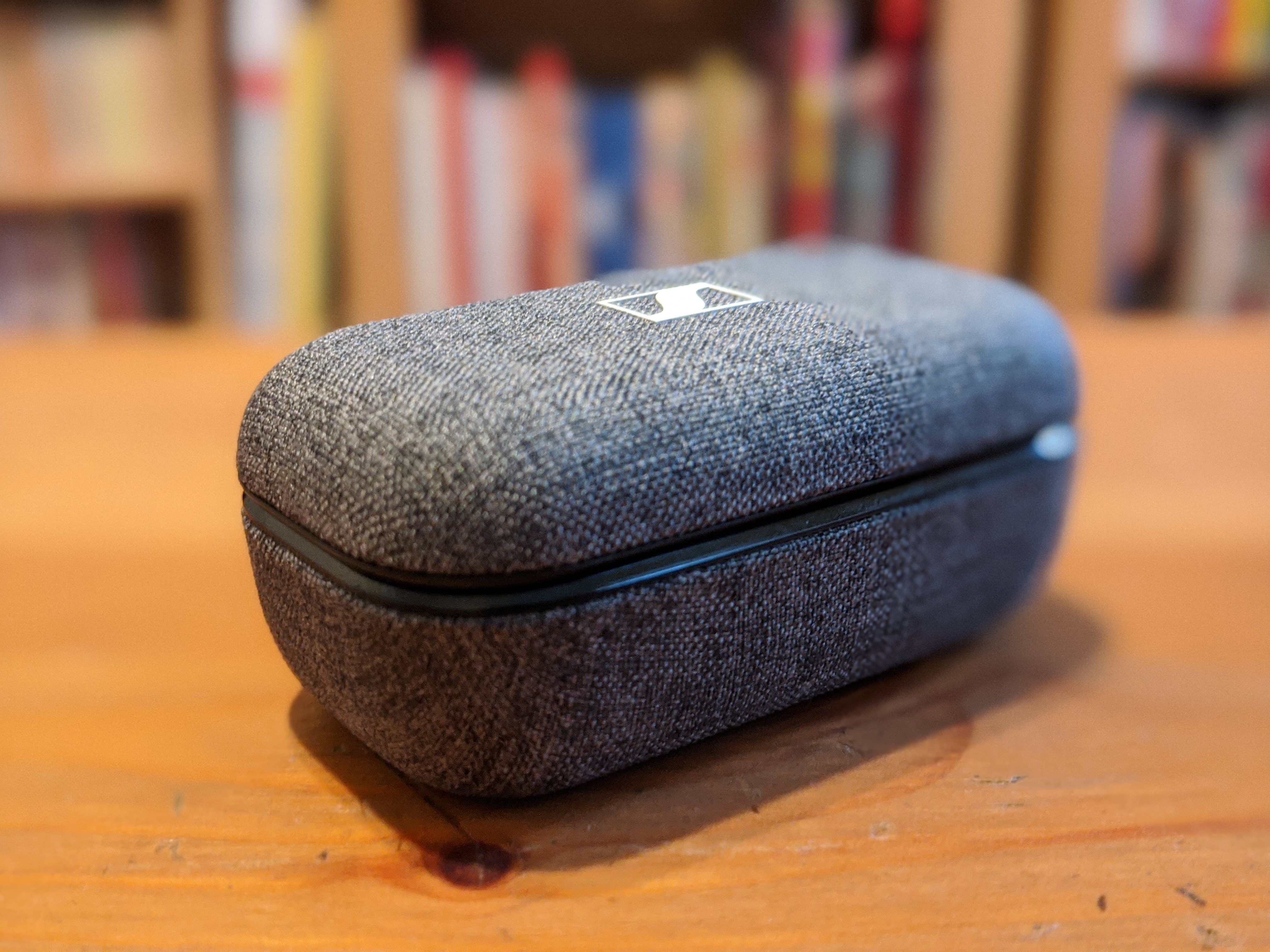 The landscape has changed considerably since the audio company announced the original Momentum True Wireless models in summer of 2018. Honestly, the speed with which the category has taken off in recent years seems pretty remarkable, both in terms of quality and user adoption.

One key thing that hasn’t changed with the arrival of the True Wireless 2 is Sennheiser’s pricing. For many or most, the earbuds are still prohibitively expensive at $300 a pair (compared to the $230 Sony 1000XM3 or the $240 AirPods Pro). For the majority of folks, the pricing is already going to be a deal breaker. It’s a shame, honestly, because there’s a lot to like. 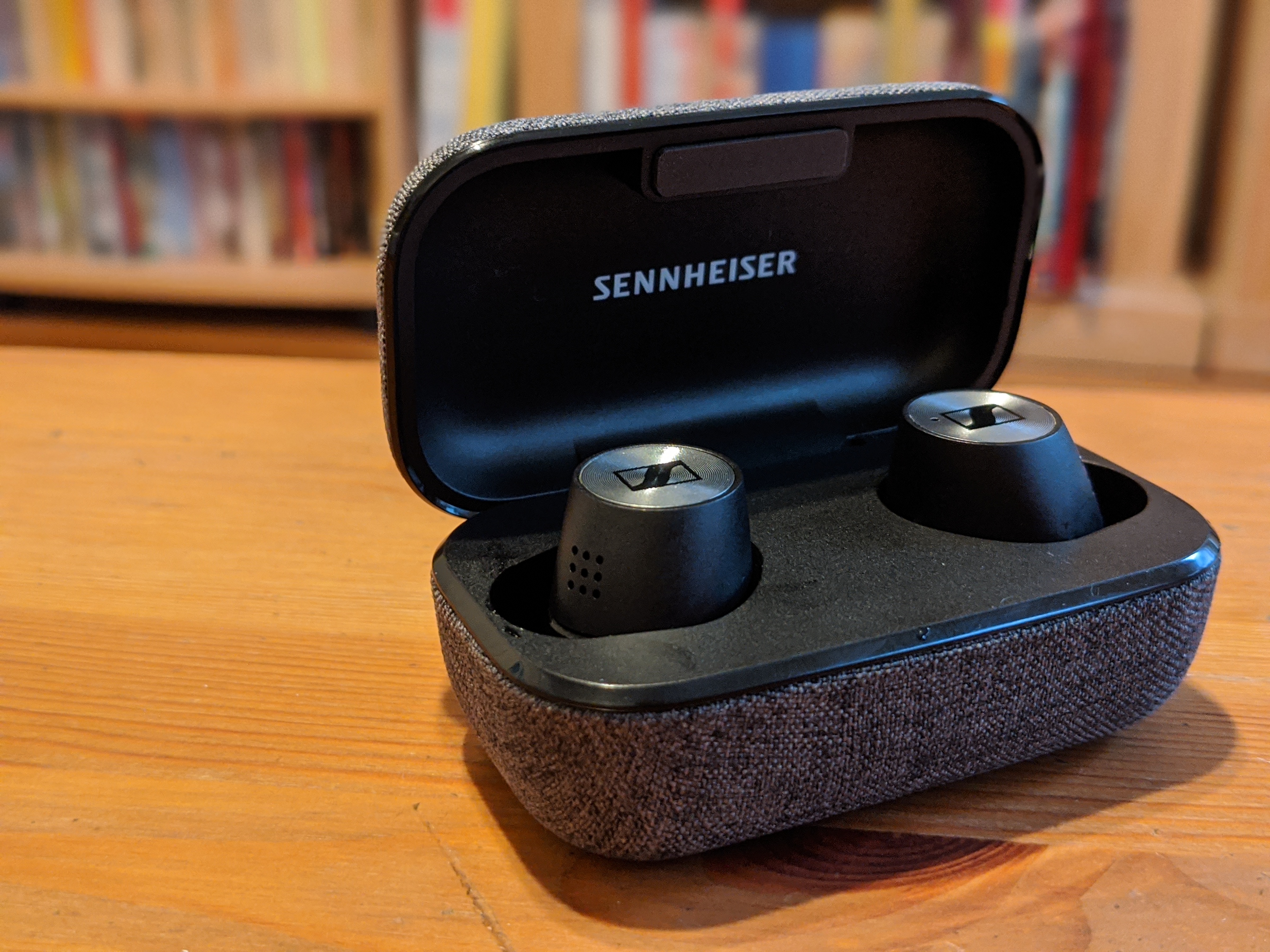 The presentation is great. I mean, look at that fabric-covered case. It’s certainly on the bulky side, compared to a number of cases, but it’s quite handsome. The earbuds themselves are nothing to sneeze at. They’re also surprisingly comfortable. They don’t have added support like the Powerbeats Pro, but unlike the Sony models, they’re not heavy enough to cause ear strain. As for how they stay in place while exercising — I’m going to have to get back to you on that.

Like the Sony headphones, the sound is really excellent on the True Wireless 2. In fact, it’s among the best and most balanced audio I’ve experienced on a pair of fully wireless earbuds — as one would expect from Sennheiser. Thankfully, the active noise canceling is also quite excellent, accessible with a triple tap on the right ear bud, while a double will toggle Transparent mode, for added ambient sound. 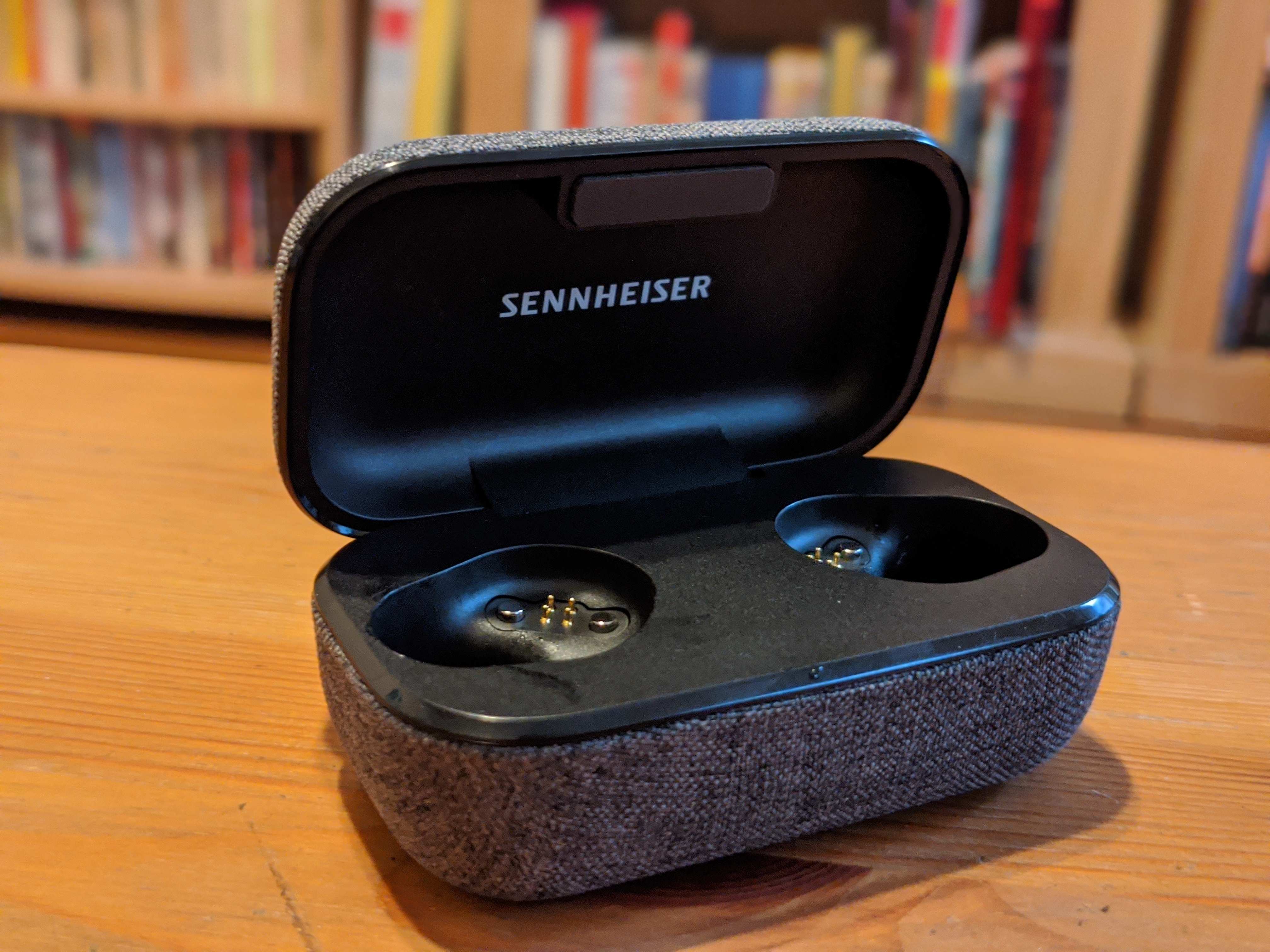 The tapping controls feel a bit convoluted on first use, but you’ll get the hang of it fairly quickly. The biggest complaint I have thus far (beyond pricing) is the spottiness of the wireless connectivity. The Momentums start to lose signal when I walk from my living room to my kitchen. That’s about 30 feet — a distance a majority of other headphones I’ve tried out have had little to no issue with. Not the end of the world for most users, but I’d hope for a more consistent experience at that lofty price point.