Apple has released software updates for the iPhone, the iPad, the Apple Watch, the Apple TV and the Mac. The biggest changes are on the iPad. Starting today, you can pair a mouse or trackpad with your iPad and use it to move a cursor on the display.

Apple unveiled trackpad support for iPadOS when it announced the new iPad Pro last week. While the company plans to sell a new Magic Keyboard with a built-in trackpad, you don’t need to buy a new iPad or accessory to access the feature.

When you pair a trackpad and start using it, Apple displays a rounded cursor on the screen. The cursor changes depending on what you’re hovering over. The cursor disappears and highlights the button you’re about to activate. It looks a bit like moving from one icon to another on the Apple TV.

If you’re moving a text cursor for instance, it becomes a vertical bar. If you’re resizing a text zone in a Pages document, it becomes two arrows. If you’re using a trackpad, iPadOS supports gestures that let you switch between apps, open the app switcher and activate the Dock or Control Center.

In addition to trackpad support, iOS and iPadOS 13.4 add a handful of features. You can share an iCloud Drive folder with another iCloud user — it works pretty much like a shared Dropbox folder.

There are nine new Memoji stickers, such as smiling face with hearts, hands pressed together and party face. Apple has tweaked buttons to archive/delete, move, reply and compose and email in the Mail app.

Additionally, Apple added the ability to release a single app binary on all App Stores, including the iOS and Mac App Store. It means that developers can release a paid app on the Mac and the iPhone — and you only have to buy it once.

All updates include bug fixes and security patches. Head over to the Settings app on your devices to download and update your devices if you haven’t enabled automatic software updates. 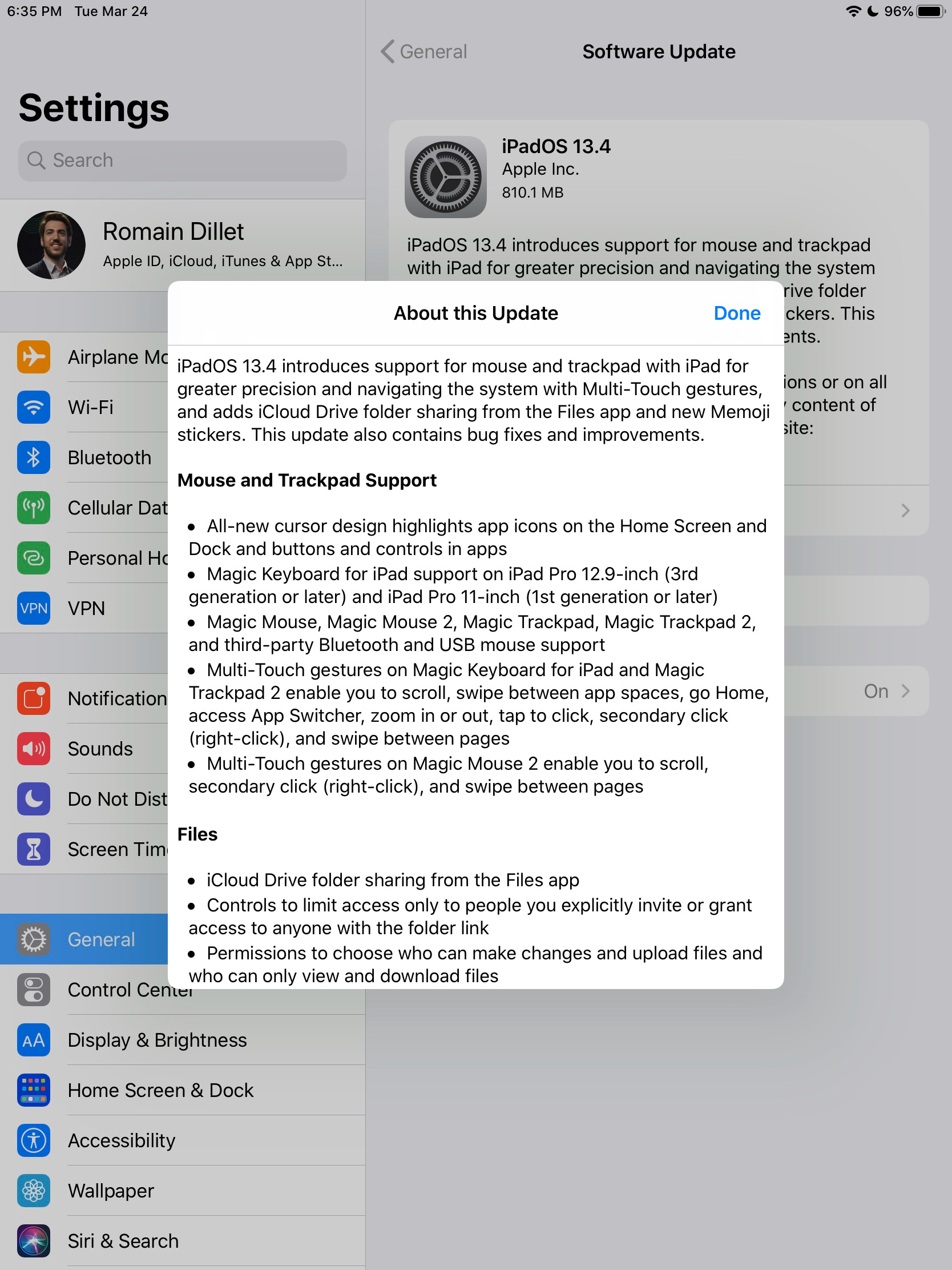