Even as the Trump Administration calls for states to not release unemployment data for the month of March, Goldman Sachs on Thursday issued its own predictions on the jobs market and the broader health of the U.S. economy on Friday.

The financial services giant is predicting unemployment claims to spike to just over 2 million as a result of the massive slow down in the U.S. economy as states respond to the COVID-19 outbreak. Goldman calls it “the largest increase in initial jobless claims and the highest level on record.” 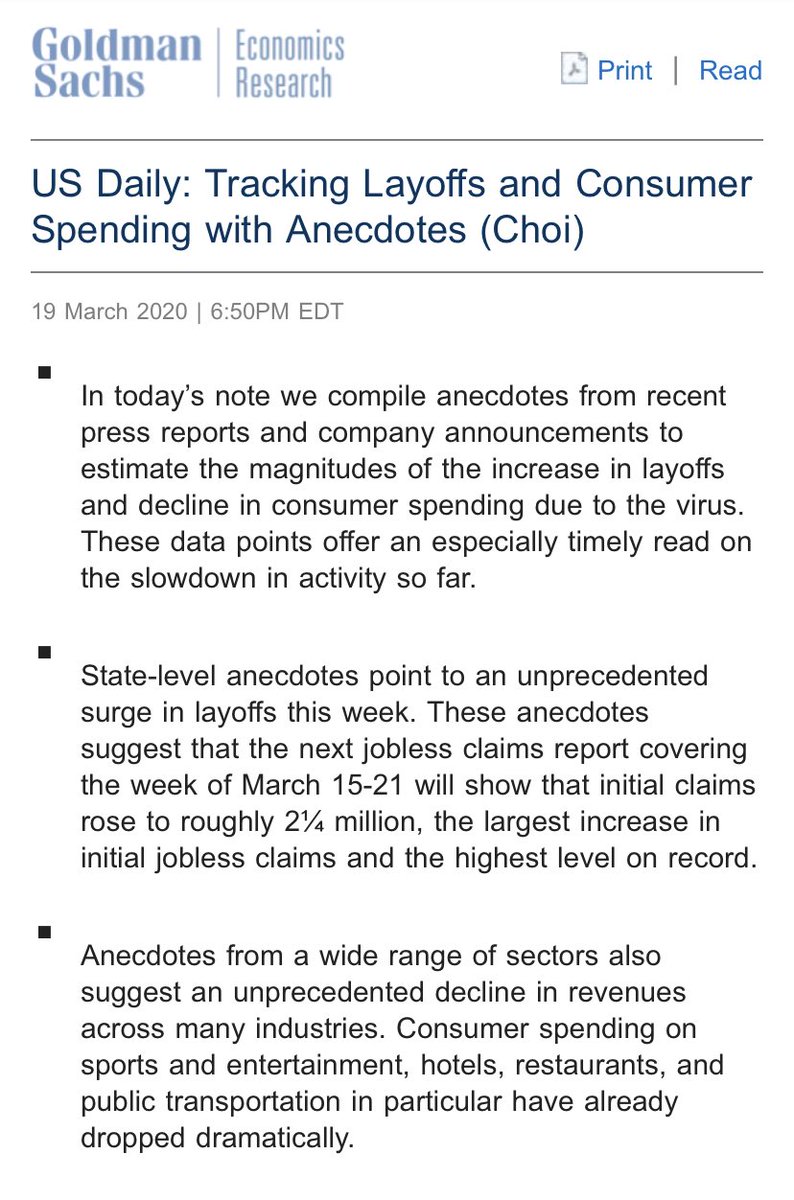 Today the bank issued its broader prognosis for the health of the U.S. economy. “We now assume a peak 20% decline in the level of manufacturing output by April. This effect captures the impact of reduced domestic demand for non-food goods, reduced foreign demand for US goods, exports, supply chain disruptions and plant closures,” the bank wrote.

Using corollary data from Asian countries that were hit earlier by the virus, the bank is projecting that there will be a 50% decline in broker commissions and spending on home improvement as well as a 25% decline in homebuilding and business structures throughout April.

Overall, the firm expects declines in “services consumption, manufacturing activity, and building investment to lower the level of FDP in April by 10%.

The bright side of this economic shit sandwich is that April should be the worst of it, according to the bank. “We assume that this drag then fades gradually by 10% each month. While the exact timing is highly uncertain and relapses are plausible, the assumption of a gradual recovery reflects the potential contributions from factors such as effective mitigation and testing actions, weather effects, medical breakthroughs or adaptation by firms and consumers,” according to the bank.