Y Combinator’s Demo Day has historically drawn crowds of investors and journalists into a big warehouse to watch hundreds of startups come out to the public for the first time ever. Think two minute pitches, a big audience, and tons of networking opportunities after.

This year, citing COVID-19 concerns, the accelerator canceled its in-person Demo Day and moved it to online-only, a week earlier than expected. You need to be pre-approved to access the list of companies, and more than 1,200 investors RSVPd.

So while there won’t be the usual flurry of live tweets and on the ground reporting, TechCrunch caught up with YC CEO Michael Seibel to go the behind-the-scenes on this year’s batch, nonetheless. It’s Seibel’s second equity appearance, so we skipped the housekeeping and got right into the good stuff. 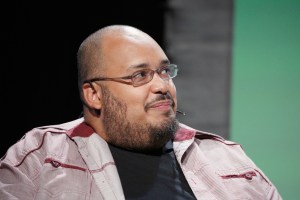 Click below to listen to a clip; you can hear the entire episode after the jump.

Seibel got into how YC’s scrappiness led them to Demo Day’s new format and how investors weighed in on changes within the incubator. Other topics we got into include his advice for what companies are thinking about applying, and what in the world a YC post-mortem is.

Seibel, recalling his early days in startupland in 2006, also hinted at a sector he thinks might be making a comeback soon: software.

“Once people realize that getting software up and running and getting customers is faster and cheaper than almost any other startup idea, they’re going to rush to that. And so it’s going to be really exciting to see what people do on their nights and weekends and what products people start working on,” he said.