Live TV is a staple of bars and restaurants, packing sports fans in during playoffs and convincing people to grab one more beer to finish off that late-night X-Files rerun before heading home. But the commercials are a pain. Taiv turns TV ads into opportunities by sensing when they start and immediately switching to the bar’s own promo content.

It’s one of those ideas that seems incredibly obvious in retrospect. With recorded TV you can sometimes skip ads, but it’s harder when they’re broadcast live. In that case the thing people tend to do is hit mute or change the channel — simple enough, but it seems like a waste and a chore for already busy staff. And of course the patrons don’t like ads, either.

Taiv founder and CEO Noah Palansky ran into this issue himself one day and saw an opportunity.

“I was sitting in a bar, the TV cut to commercial, and it showed an ad for, literally, another bar down the street,” he said, and what’s more it was advertising lower prices than what he was paying. “If they were showing me craft beers or events they had going on I’d be super into it, but instead it made me feel like I was getting ripped off.”

If it’s okay for bar owners to switch channels when ads come on, why not something that did that automatically? And instead of surfing for another game or show, why not just switch to pre-made content? It led him to found the company debuting today at Y Combinator’s (virtual) demo day.

Taiv installs hardware at the restaurant that sits between the live feed and the TV, analyzing the image so that it can instantly understand that a commercial has come on, and switch over to custom content before anyone even notices.

“We really feel strongly that what we’re doing helps businesses a lot,” Palansky said. “All it looks like on their end is they say, we just launched a promotion on chicken wings, or we have these new beers on tap. Kind of like restaurants have table toppers or pamphlets — it lets them spread awareness to people, but instead hurting their atmosphere, it helps. And we make all the content for them, automate it and include it.”

“The first thing that happens is that within a week people call and are like, ‘everyone has noticed this!’ One customer saw a 14 percent revenue increase,” he continued. “They’re a Greek restaurant and they had Greek beers, but no one ordered these. They said, ‘hey, we import these’ on the TV and alcohol sales went up 14 percent.”

The value seems obvious. But the execution puzzled me. Doing computer vision on a live stream and detecting when a commercial comes on is a deceptively difficult task — commercials don’t all look the same, and some look a lot like shows! How could they do it in just a few frames?

My first thought was that of someone who’s been burned too many times by AI startups. I asked whether there was a low-wage worker somewhere being paid to manually switch the content by watching every channel simultaneously.

Palansky laughed — because they had considered it. “Our first idea was that exact idea, we literally thought we could hire someone to sit in a room,” he said. “But we needed to be versatile and work with lots of stations, very local ones. If we only supported major broadcasts we’re limiting what customers could show.” 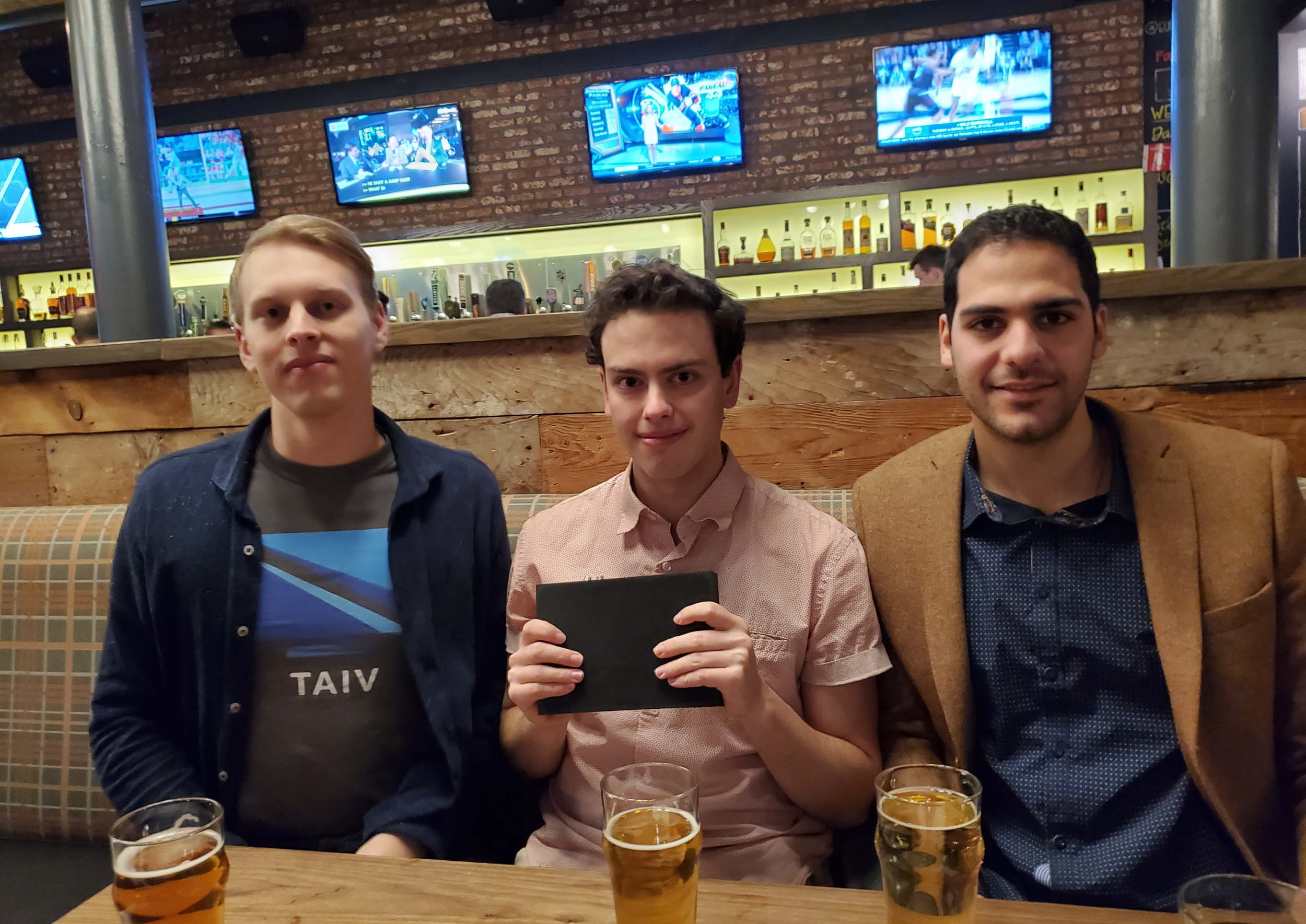 My second thought was that there was some kind of “tell” that the system could tap into, a watermark or secret “local affiliates, start rolling ads now” signal. Turns out that used to exist but doesn’t any more, or is wrapped up in strange copyright law.

“There are very strict laws about transmitting signals, even timing signals saying, it’s hockey now, now it’s a commercial. That’s been a surprisingly annoying part of the process,” Palansky said. “We’ve had to go through some really weird design constraints.”

Then I thought they must maintain a database of all known commercials and compare the first few frames to it. Nope. Turns out Taiv recognizes commercials pretty much the way we do.

“The vast majority of our algorithm is the same as how people recognize the difference between a hockey game and a commercial,” he explained. “We pull off a bunch of different heuristics and train models on each one. For example, looking at color balance. If you notice in a 30 second block that the color balance has shifted suddenly, it’s probably different content or a different scene. We use lots of those in combination, all in real time.”

The error rate is low, but even so the cost of those errors is very low — a few frames of a commercial shown, for instance. The system quickly recognizes when it’s made a mistake and will revert within a fraction of a second.

Taiv provides the hardware and setup for free, charging the business based on how many signals are being analyzed. “It’s usually a few hundred bucks a month,” said Palansky, which sounds like a lot until you realize that businesses often pay well over a thousand a month for a commercial cable connection. And the benefits seem pretty tangible.

My last consideration was worry that Palansky would end up with the local TV equivalent of a horse’s head in his bed. Old media folks can be ruthless. But it turns out some are actually into it — the system could be used to provide customized last-mile ad delivery if it’s the network operating it.

Taiv has raised a $500K seed round led by Conexus Venture Capital Fund with participation from Y Combinator and Golden Opportunities. You can get in contact with the company for more details or a demo at Taiv.tv.