Censorship takes many forms, but even the most restrictive countries can’t block every single path for information they’d rather not get in (or out). Reporters Without Borders has identified a surprising new platform for hosting banned content: Minecraft.

The organization, collaborating with reporters, Minecraft pros and, of course, a creative agency, has produced an enormous in-game “Uncensored Library” that hosts a variety of suppressed reportage from places like like Saudi Arabia, Russia and Vietnam.

The structure is a giant neo-classical complex hosted on its own server, which Minecraft players can access freely by pointing their game toward “visit.uncensoredlibrary.com” in the server browser.

The library has a handful of wings, each dedicated to a different country, and each with a series of articles banned in those places, or their authors chased out or even killed. They’re presented in plain text inside Minecraft’s craftable books — not exactly the easiest way to take in these important essays and reports, but better than nothing. 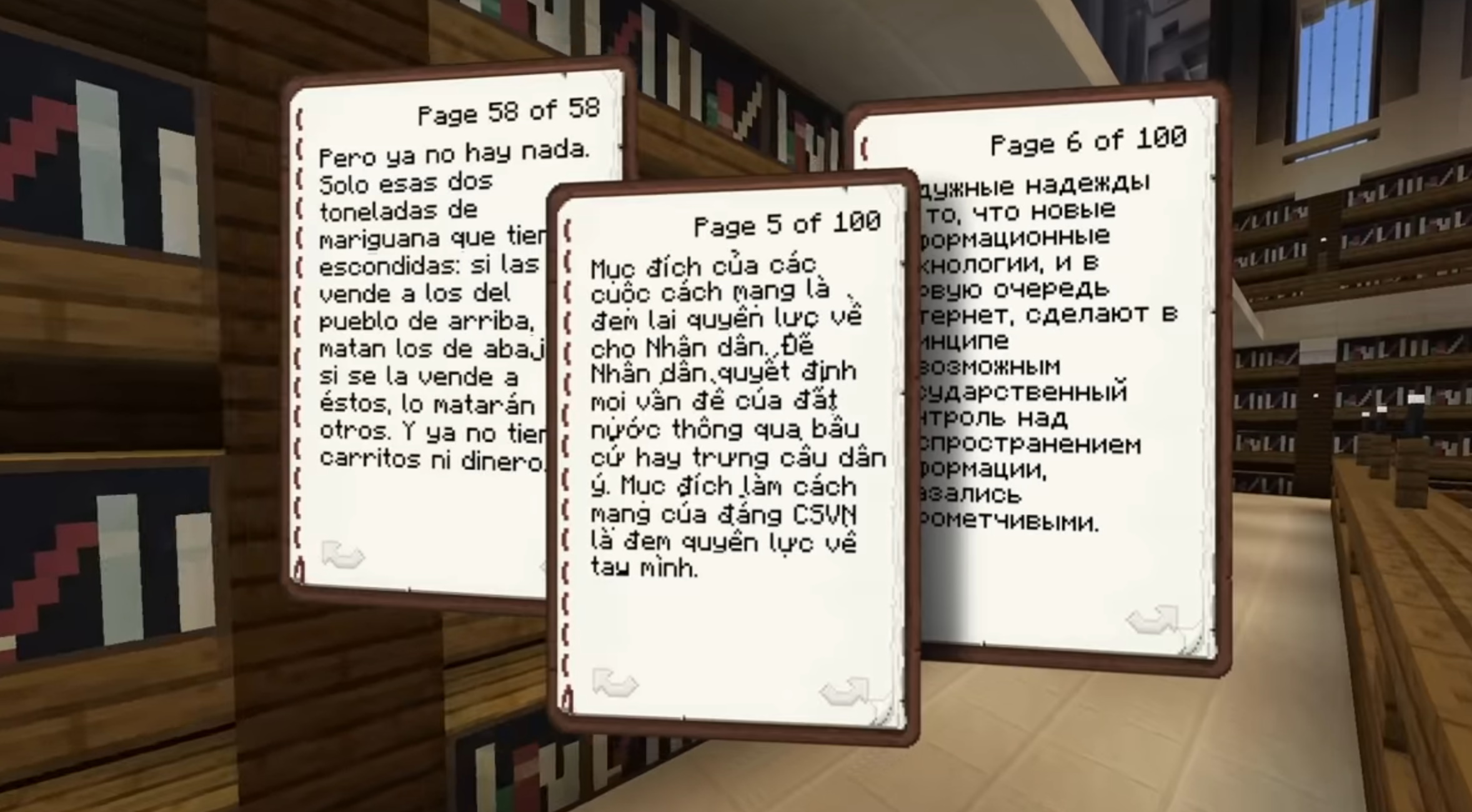 There are documents from Nguyen Van Dai in Vietnam, Mada Masr in Egypt, Javier Valdez in Mexico, Alexander Skobov in Russia and arguably the most high-profile casualty to murderous, oppressive regimes in recent history, Jamal Khashoggi in Saudi Arabia. There are only a handful of recent articles at present, but there are also numerous documents describing the state of press freedom and oppression in 180 countries — the RSF Freedom Index.

Of course, this is not secure and private like an end-to-end encrypted chat group. A user accessing the library map might have their nickname, tied to a Minecraft account, be visible to other users, and their logs would reflect the visit. It seems unlikely Microsoft would give up that information to a curious government, but there is a certain risk involved. Fortunately, private duplicate servers can be and are already being established, as well as local copies.

As it stands, the Uncensored Library stands more as a proof of concept that information need not be delivered by traditional means in order to have a potential impact. Minecraft is one of the most popular games in the world, and can be used as an informational and promotional platform as well as just a fun place to hang out and build stuff. What other ways exist to get around the restrictions of governments that would rather their citizens not know the truth?