As soon as you lock cryptocurrencies in your wallet, you receive USD PAX, a stablecoin that is pegged against USD. You can then convert, send and do whatever you want with your stablecoins. You can pay back your loan whenever you want.

The minimum loan size is $1,000 and Blockchain requires a collateralization ratio of 200%. It means that if you want to borrow $5,000, you need to put down the equivalent of $10,000 in cryptocurrencies as collateral.

Blockchain charges interest on loans. Your interest rate may vary but the company tries to be transparent about it before you accept the loan. By default, Blockchain uses your collateral to collect interest. Be careful with the value of your cryptocurrencies, as your collateral could end up losing a ton of value even though you still owe USD.

Behind the scene, Blockchain is running a lending desk for institutional investors. The company launched this feature back in August. Blockchain thinks that it has built a strong liquidity pool that it can leverage with retail investors.

Users in the U.S., Canada and the U.K. are not eligible to the feature for now. Blockchain only accepts collateral in BTC for now. 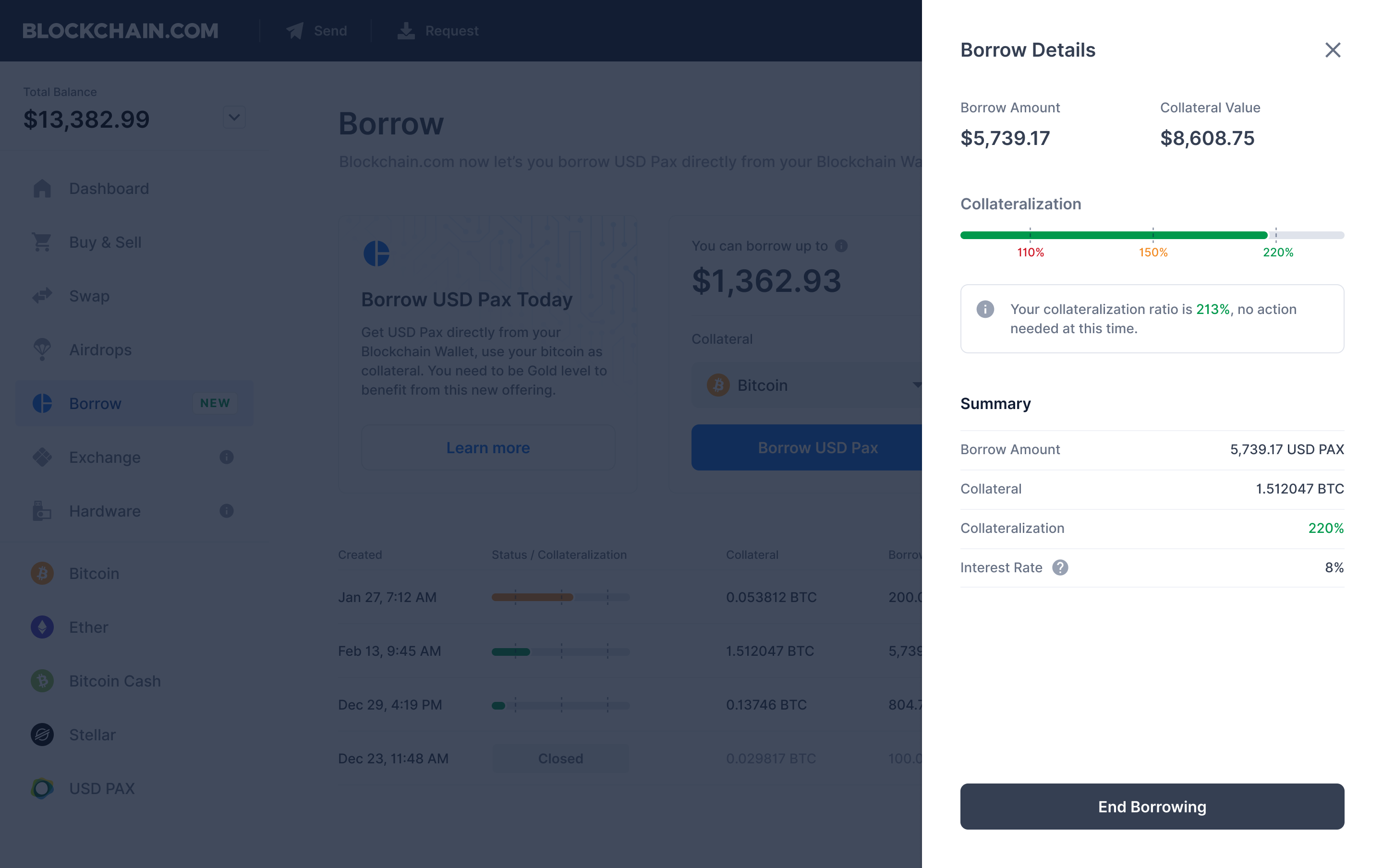