While most technology companies are building up a surveillance state to serve political powers and private profiteering, Uptrust is using some of those same tools to make it easier to move people out of the criminal justice system.

And the San Francisco-based startup has just raised $1.3 million to expand its business.

Think of the company’s software as a customer relationship management tool for people who have interacted with the criminal justice system — which, in America, is a huge portion of the population.

Millions of Americans go to jail because they miss a court date or probation check-in, which can result in the revocation of bail or new criminal charges. Judges are less likely to release individuals who don’t make their court appearances, and these people can receive higher bail terms, which leaves them with no recourse but imprisonment when they can’t post bail.

These fines, impositions and incarceration penalties wind up costing local governments as much as $10 billion on pretrial incarceration and enforcing “failure to appear” penalties.

Since its launch in 2017, Uptrust has worked to provide a messaging service between public defenders and clients that is designed to ensure clients show up to court dates and the state avoids billions in unnecessary expenses.

So far, the company has reduced by more than 50% failure to appear penalties in the 50 state and county governments where it works. That’s up to $5 billion in potential savings for cash-strapped municipalities and state governments.

“From the county’s perspective we’re helping people comply with their mandatory appointment, which over time saves them money,” says Uptrust co-founder and chief executive, Jacob Sills.

With the new money, Uptrust hopes to reach another 100 jurisdictions and serve one million defendants by the end of 2020.

“We had a belief that there was a large addressable market. We were building something that people wanted,” says Sills.

Uptrust is paid by local governments, not by the citizens who, for whatever reason, have been caught up in the criminal justice system. “We do not charge the end-user — the person that we’re helping — and we will never charge them,” says Sills. “All businesses in the space have made money on the backs of the individuals and we feel that’s bad business and bad for society.”

Uptrust, is, unarguably, good for society, and the founders think that it could be a huge business. “We look at how much money is spent on putting people in jail, pre-trial [and] we think there’s $9 billion wasted,” says Sills. Roughly one-quarter of the 4.5 million who are supervised by the criminal justice system end up back in jail. 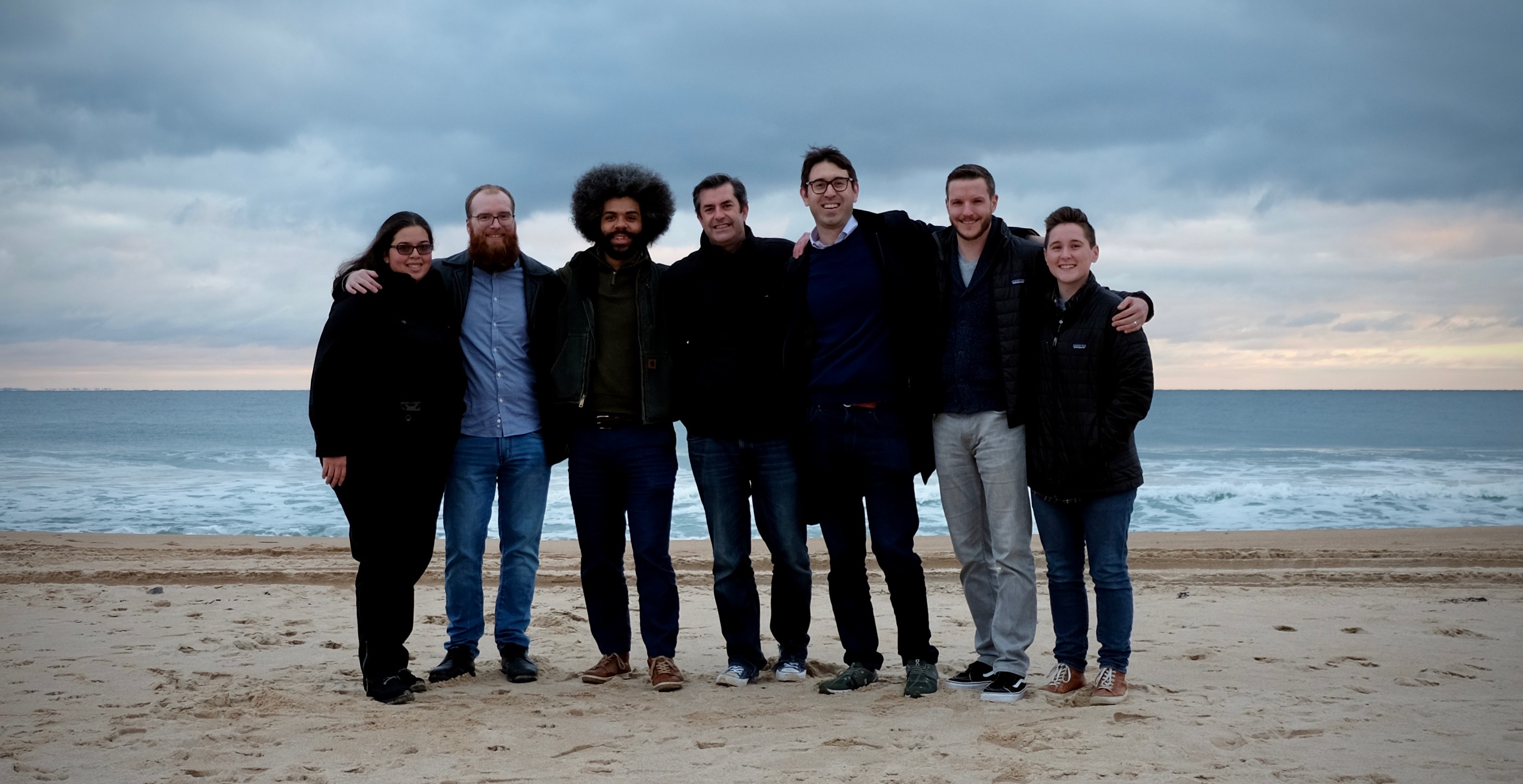 “We think this business can generate several hundreds of millions of dollars in revenue by eliminating waste in the overall system,” Sills said. “It’s really bad to continually dehumanize folks and surveil them,” he continued. “And here’s an opportunity for a business to be listening to the millions and millions of Americans that have been justice system-involved and be listening to them and serving their needs.”

Ultimately, Sills thinks that Uptrust can be a platform to provide services for the more than 60 million people with a criminal record. “People building products haven’t thought about them… or if they have, they’ve only thought about them in the old historical context, which is mass incarceration,” says Sills.

“The odds should not be stacked against millions of Americans who get involved with the justice system. Uptrust is making a course correction through technology in the most obvious way: enabling communication and support through mobile devices that we all use and rely on every day,” said Jordan Blashek, director at Schmidt Futures, a philanthropic initiative founded by Eric and Wendy Schmidt, which backed the company. “We are pleased to support Uptrust as it expands upon its mission to keep people out of jail that shouldn’t be there.”

The company said it would use the new funds for product development — including launching a mobile app for public defender clients. The new app will be able to message multiple public agencies and services (including a client’s attorney and social worker) and learn about local opportunities, such as free or reduced transportation to court and expungement clinics.

“Uptrust is building a differentiated and sustainable business by creating value for all stakeholders in the system, and we’re excited to invest in its continued growth,” said Tony Davis, an investor in Uptrust and founder of Inherent Group, a leading ESG investor, in a statement. “Municipal customers save money that can be redirected toward other needs. Criminal justice and law enforcement professionals gain back the hours spent dealing with the fallout of FTAs. And most importantly, low income individuals navigating the justice system receive a tool that helps them meet their commitments — while avoiding the burden of fees that most for-profit enterprises have historically charged them.”

Uptrust is one of several companies trying to tackle injustices in the ways law enforcement and the legal system operate in the U.S.

Promise, which raised a $3 million round led by First Round Capital with participation from Jay-Z’s Roc Nation, enables case managers to monitor compliance with court orders and better keep tabs on people via an app and (more controversially) GPS monitoring.